The Future of Transatlantic Security 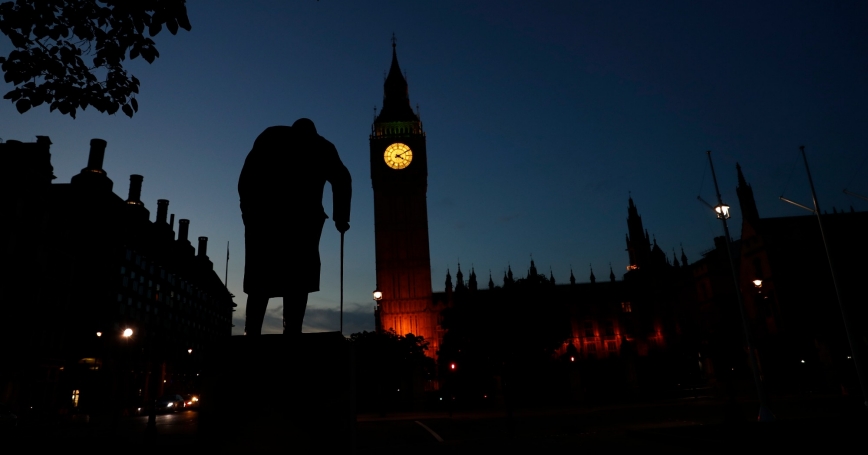 Dawn breaks behind the Houses of Parliament and the statue of Winston Churchill in Westminster, London, Britain, June 24, 2016

The United Kingdom's vote to leave the EU is a severe blow to the EU's long-standing interest in building a common foreign and defense policy and could pose questions for NATO. Yet the impact of “Brexit” on practical cooperation — both between the UK and Europe and the UK and the United States — should be more limited, at least in the near term.

Brexit has no direct effect on NATO, but news of the referendum undoubtedly buoyed spirits in the Kremlin today, where leaders will view it as confirmation that Europe is weak and disunited. This could encourage a more aggressive Russian stance against NATO in the future.

Meanwhile, resentment between French and German leaders and their British counterparts — a group that, with the resignation of Prime Minister David Cameron, will undoubtedly be made up of the very leaders who led the charge for Brexit — could spill over into NATO's own internal deliberations. NATO leaders will need to do everything they can to prevent Brexit from casting a pall over the critical NATO Summit that begins two weeks from today in Warsaw.

When it comes to defense and security capabilities, one of the main questions the U.S. defense community will be watching is whether Brexit increases, or decreases, the resources available for UK defense.

On the one hand, advocates of Brexit claim that the UK will have more resources outside the EU Most analysts are skeptical, however, that the overall economic effect will be positive for the UK, and if the UK faces more economic hardship in the near term as a consequence of Brexit, its investment in defense capabilities is very likely to suffer. This would also be negative for NATO.

But if Brexit is a near-term problem for NATO, it is a much bigger blow to the EU's long-struggling effort to build up its own security and defense capability.

Since the 1990s, the EU has worked to establish a military and defense competence that would allow it to take autonomous action outside of NATO. Without the UK, the EU's military and defense capabilities — including in key areas such as strategic lift, intelligence surveillance and reconnaissance, and special forces — are considerably reduced. Unless traditionally cautious Germany dramatically reorients its security and defense policy, the French will be the only country remaining in the EU with both the necessary military power and political will to use that power outside of NATO.

A blow to the military aspirations of the EU would inevitably also mean a blow to its broader aspirations to play a political and diplomatic role in the world through its common foreign and security policy.

In a larger view, Brexit introduces enormous uncertainty regarding the future of Europe. Populists in France and the Netherlands have already called for parallel referenda on the EU.

This uncertainty could prove dangerous for a Europe that has seen its security environment deteriorate in the last two years, with threats from Russia, migration and terrorism all drawing nearer to its shores. Insofar as it creates more economic uncertainty, Brexit will likely further damage Europe's ability to generate the resources it needs to defend itself against these threats.

In many practical security areas, however, the immediate impact of Brexit will probably be muted. France and Britain also cooperate on defense outside the EU under the Lancaster House Treaty. This cooperation may experience some negative spillover, but key initiatives — on a Combined Joint Expeditionary Force and in the nuclear area, for example — are sure to continue.

It is also true that the EU's security and defense policy has underperformed for years, so Brexit really only impacts its future potential. NATO will likely recover from any near-term friction caused by Brexit, if for no reason other than that the threats the alliance faces today force pragmatism on all its members.

U.S. leaders will surely continue to seek to sustain a close special relationship with the UK in the security and defense arena. Close cooperation on intelligence, nuclear issues, special forces and critical overseas counterterrorism operations and other issues is certain to continue.

This commentary originally appeared on U.S. News & World Report on June 24, 2016. Commentary gives RAND researchers a platform to convey insights based on their professional expertise and often on their peer-reviewed research and analysis.