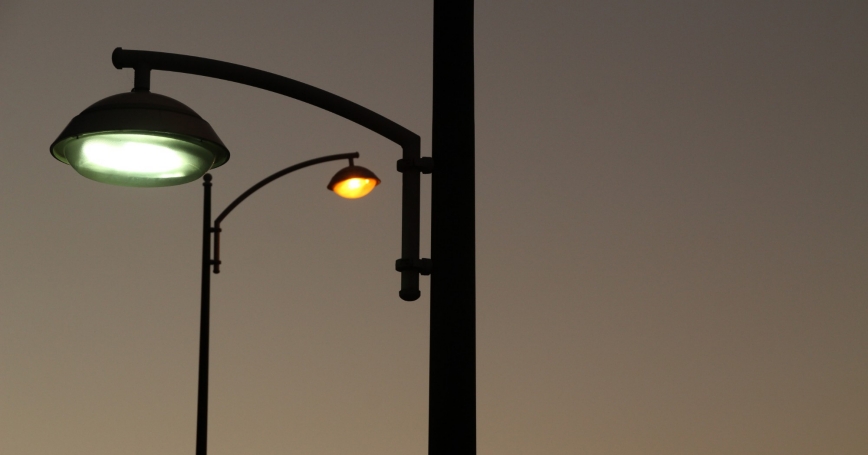 In April 2016, a programme to reduce street lighting by approximately 10 percent will be introduced across Cambridgeshire, UK — my home county. This will involve switching off street lights in selected areas between midnight and 6am, as part of cost-cutting measures announced by Cambridgeshire County Council. The programme is reported to reduce energy usage by 46 percent, which will amount to approximately £1.1m saved overall.

Such programmes are not unique to Cambridgeshire — local authorities across the UK have looked at reducing street lighting to achieve cost savings. Different measures to reduce street lighting have included switching off lights permanently, part-night lighting, dimming, and, replacing lamps with energy efficient white light.

These changes have been a cause for contention amongst the public. In fact, following a public petition against the initiative, Cambridge City Council said that they would pay to keep the lights on in the city centre. Aside from fears about potential increases in traffic collisions and accidents, some of the most pressing concerns have related to fears about public safety and the potential for increased crime.

But is there any evidence that street lighting can have an impact on crime?

A meta-analysis of the most rigorous studies across the United States and the United Kingdom concluded that, overall, street lighting had reduced crime levels by 20 percent. One explanation was that improved surveillance of streets may help to deter potential offenders from committing offences. Perhaps most surprisingly though, street lighting had also been found to result in decreases in crime during the day as well as at night, which is linked to improved social cohesion as improved lighting may signal investment in the community.

However, it is logical to ask that, if improved lighting can lead to crime reductions, does this mean that reduced lighting can result in increased crime? A particularly important question given the reported reductions in street lighting in the UK.

A group of researchers at the London School of Hygiene and Tropical Medicine recently conducted a study that explored the impact of the four street lighting adaptation strategies on casualties and crime in England and Wales. The results varied significantly across police forces but, overall, found that switching off street lighting or introducing part-night lighting appeared to have no effect on incidents of crime, while dimming and white lighting were associated with small reductions in crime.

The study also indicated that there were no changes to the number of night-time traffic collisions. Based on the conclusions from this study, Cambridgeshire County Council made the decision to roll out the new street lighting initiative.

However, there were some limitations to the study that should be considered.

Firstly, there may have been a number of other possible factors that could have impacted crime, which the study was unable to account for, such as police interventions or the introduction of CCTV cameras in these local areas.

Secondly, the research did not measure the impact of possible fear of crime. Fear of crime may result in direct tangible costs, such as additional costs related to changes in behaviour (e.g., taking taxis instead of public transport), and expenditure on crime prevention (e.g., burglar alarms). There may also be intangible costs associated with adverse effects on health, such as increased levels of stress and anxiety.

Finally, the study used police-recorded crime data, which relies upon people reporting crimes to the police. Previous research on street lighting and crime has found that improved street lighting can increase the number of pedestrians walking through an area. It is feasible that reduced street lighting could have the reverse effect, deterring people from walking outside at night, which may reduce the chances of people witnessing or becoming a victim of crime.

As such, apparent reductions in crime may simply reflect a reporting bias — although it is difficult to assess this without measuring changes to patterns of street use.

That said, additional qualitative research found that reductions to street lighting had largely gone unnoticed by the public, with little direct evidence of impact on well-being. Nevertheless, there remains limited evidence to suggest that reductions in street lighting have no detrimental impact. On the surface, it may seem cost-effective to reduce street lighting given potential energy savings. But when factoring in other costs which are less visible, such as crime and fear of crime, the picture becomes more blurred.

Ultimately, the more difficult it is to measure such factors, the less likely they are to be considered in debates for or against policy decisions. Of course, there are still other intangible factors at play which could be used in the case for reducing street lighting, such as improved sleep, which is linked to better health outcomes.

Further research is required to test not only the impact of reductions in street lighting (such as crime, fear of crime, collisions and other possible health outcomes), but also the costs of these impacts. With this kind of information, there will be greater clarity on some of the long-term implications of these initiatives.

This commentary originally appeared on LocalGov.co.uk on June 16, 2016. Commentary gives RAND researchers a platform to convey insights based on their professional expertise and often on their peer-reviewed research and analysis.