Will the New President Risk the Stability of the World? 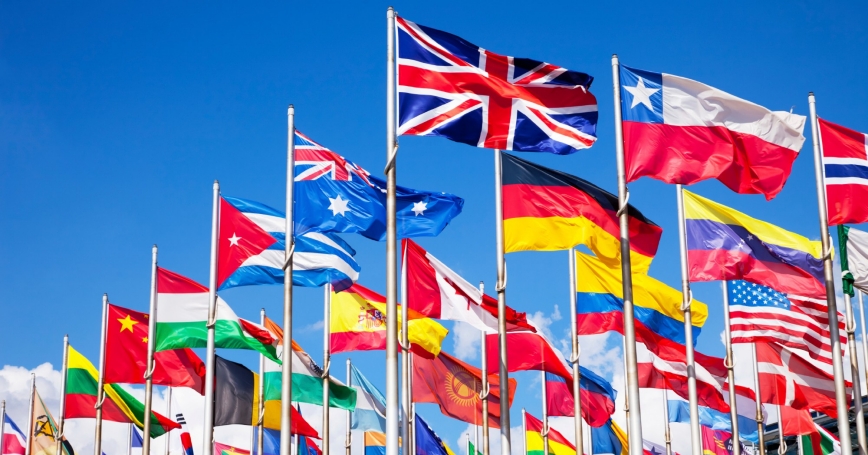 The coming election could turn out to be pivotal for the U.S. role in the world—and not only because of the candidates' wildly different worldviews.

Whoever is elected will confront one of the most profound tasks of any post-war U.S. president: reimagining a threatened international order. Mishandled, the challenge could throw world politics into a tailspin. Done right, it could help keep the peace for another half-century.

The United States and its Western allies erected the modern, rules-based international order after World War II to avoid a repeat of the economic and military mistakes of the 1930s. Initially built around the U.N. and leading economic institutions, the order represented a set of mechanisms to help regulate countries' behavior.

Since then it has become a kaleidoscope of mutually reinforcing parts. It includes institutions, like the United Nations, and the Nonproliferation Treaty; rules, in areas such as trade and investment; and norms of conduct, like the idea that countries don't use force to resolve disputes. It is built on self-consciously liberal principles, including free trade, democracy, human rights and the rule of law.

The resulting order has come to represent structures and norms that have accomplished a great deal. It has helped to stabilize and enhance trading relations, financial stability, nonproliferation policies, development aid and peacekeeping, human rights standards and much more.

The rules-based order is only one of several factors that conspired to produce these benefits. But it has played a significant role and offered a powerful support system for U.S. power and values. It is quite simply the framework on which Washington built its post-war security policy.

Which makes it all the more dangerous that the rules-based order seems to be under assault.

The biggest challenge comes from frustrated and ambitious countries who see the order as a U.S.-dominated club. China, Russia, India, Brazil, Turkey and others have long chafed at the idea of living under a system whose rules they did not set and whose liberal pretensions cause some of them heartburn.

These states appreciate the value of a rules-based order and aim to preserve most of it. But they understandably want more influence in its institutions and decisions. A few of them, notably Russia and China, are determined to press territorial claims and demands for spheres of influence in belligerent ways that test the core norms of the order.

Partly as a result, all the momentum these days is to view Russia and China as “revisionists”—a code word for disruptive actors intent on tearing down an existing order. Meantime the United States is growing frustrated with some other major powers—such as India, Brazil and Turkey—who are insisting on their right to shape the order on issues like climate, trade, or nonproliferation.

Some in Washington are unwilling to share leadership of the international rules-based order, taking the view that the United States built the order, and it should decide how it works.

But that mindset is no longer tenable. The order will either become more shared, or it will gradually fall apart. The next president will somehow have to identify a path to a more diverse, multilateral order—while reaffirming the U.S.'s intention to stand by its global commitments.

The task is far from hopeless, because major powers have many shared interests, in areas such as trade, global development, climate change and counterterrorism. And most countries still value U.S. leadership.

But there is no denying that the path will be bumpy. It's tough for the dominant leader of any community to embrace new habits of compromise. Flexing muscles and offering accommodations at the same time will be a grueling paradox to manage.

This is especially true for the United States, which often has trouble with ambivalent relationships—countries that can't be branded as friend or adversary, and that are happy to collaborate on some issues even as they undercut the United States on others.

Even in such a more complex, shared order, Washington will have to lead, and can do so boldly and unapologetically. But it will have to learn how to lead in more clever, shared and flexible ways, at the very time it is sorely tempted to start gearing up for fresh global confrontations.

As the campaign season heats up, then, a great policy question for either candidate is where do they stand. Do they believe that some version of a rules-based order works to the U.S. advantage? And if so, how do they plan to reimagine that order as a more shared, diverse, but still stable global reality?

This commentary originally appeared on Newsweek on June 1, 2016. Commentary gives RAND researchers a platform to convey insights based on their professional expertise and often on their peer-reviewed research and analysis.