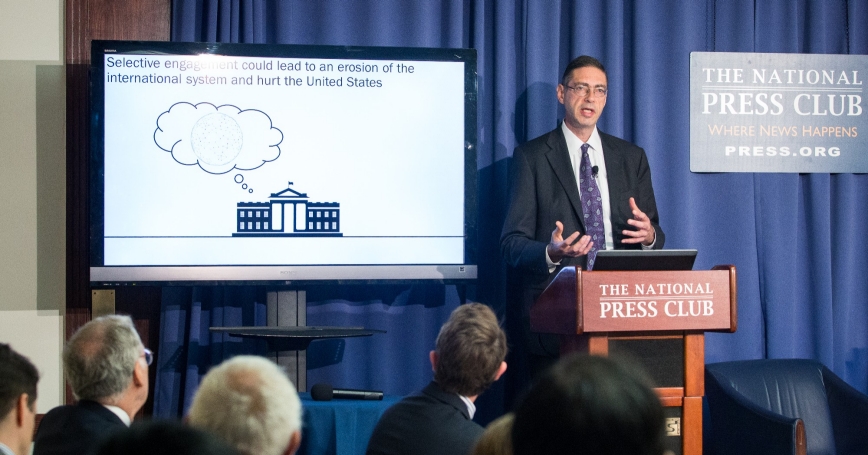 Days before British citizens voted to exit the European Union, RAND experts and U.S. Trade Representative Michael Froman gathered in Washington to discuss U.S. international economic policies that can expand strategic options, as well as the potential implications of Brexit.

RAND senior economist Howard Shatz told attendees at the National Press Club that the U.S. had led the development of an unprecedented rules-based international economic order that it needed to expand, rather than pull back from. With the relative decline of its most important partners — Europe and Japan — the U.S. needs to strengthen the system from which it, and the world, has benefited, he said.

Shatz also noted that in terms of economics, Brexit would likely prove a negative move for the UK.

“From an economic perspective, the TPP is the most ambitious trade agreement negotiated in decades,” Froman said. “And I like how Howard described it as a state-of-the-art trade agreement. It opens some of the largest and fastest growing markets in the world to U.S. exports, and it raises standards across the Asia-Pacific region in a manner that is consistent with our interests and our values.”

Froman made the case for TPP in some detail. He said it would open new markets for goods, cutting 18,000 tariffs on U.S. exports, as well as new markets for services, where the U.S. runs a significant trade surplus.

The Pacific deal is also the first trade agreement to address the digital economy, Froman said, potentially securing the free flow of data, barring forced localization, and pushing back against new forms of digital protectionism.

Trade agreements first and foremost need to be grounded in economics but there is no doubt they have strategic benefits as well, Froman said. TPP in particular could reinforce U.S. leadership in the Asia-Pacific region and around the world.

“American economic leadership has resulted in widespread benefits beyond our shores,” Shatz said. “Globally, incomes have risen and poverty has declined. Even with present difficulties, most people in the world are far better off because the United States and its allies have created a rules-based economic system with strong institutions that most countries have found it advantageous to join.”

But the next U.S. president is likely to face a highly uncertain or even turbulent international economy, Shatz said, with Brexit only one of a number of destabilizing factors.

In that light any new administration will likely want to pursue three goals: maintaining and improving the rules-based international system, accommodating China's rise within the system, and supporting global growth while using economic tools appropriately to influence other countries or change their behavior. 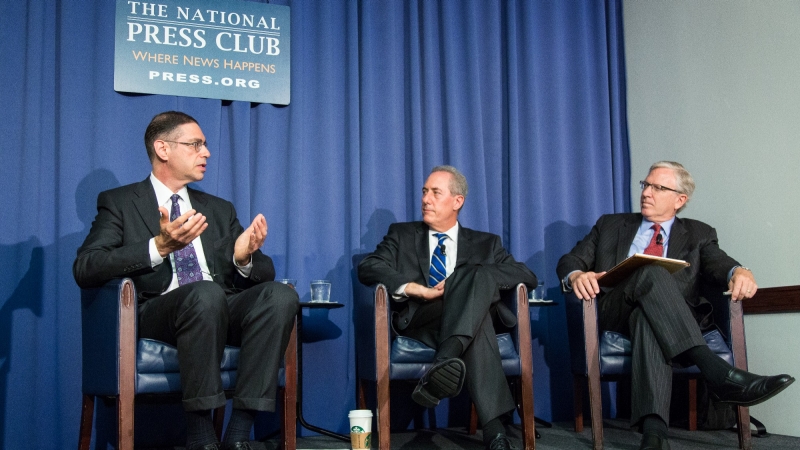 Late last year, in a divided decision, the countries of the world decided to end a 14-year effort to complete a new multilateral trade liberalization round. Shatz said this was worrying because, although such deals are the most difficult to achieve, they provide the largest space for making sometimes painful tradeoffs regarding liberalization.

“By continuing to support the concept of broad, multilateral liberalization, the United States can help ensure that the entire world is on board, limiting the desire of any country or group of countries to exit or undermine the system,” Shatz said. “Furthermore, this will continue a long-term bipartisan policy of trade liberalization that the United States actually started during the depths of the Great Depression 80 years ago.”

Expanding his discussion of Brexit in a later op-ed for the National Interest, Shatz said the vote may actually help jump-start the stalled Trans-Atlantic Trade and Investment Partnership (TTIP) negotiations. The U.S. could try to quickly negotiate a free trade deal with the UK, he said, and that process might help pass TTIP and improve the EU economy.

RAND's Strategic Rethink series explores important strategic questions facing the United States. Using a multidisciplinary approach, the project is a guide for policymakers, citizens, educators, and the media on the most critical global choices and challenges facing the country.