'In the Deployment Life Study, I Saw My Own Family' 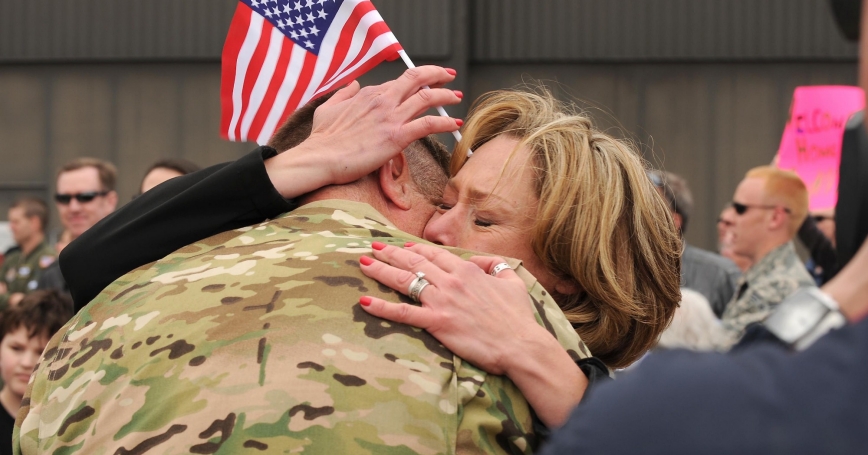 A spouse embraces her husband after he returned from a four-month deployment May 18, 2016, at Peterson Air Force Base, Colorado

The study's findings immediately took me back to 2013, the year my husband was first deployed to Afghanistan. He's in the Air Force, and we had done the long-distance relationship dance before. But deployment adds layers of stress that might be hard for outsiders to see.

Anxiety ramps up during the pre-deployment stage and continues to be heightened during deployment, according to the RAND study. Researchers followed multiple members of the same military family, collecting information at four-month intervals over three years, following about 2,700 families who experienced deployments between 2011 to 2015. In their responses, I saw my own family....

The remainder of this commentary is available on Military.com's SpouseBUZZ.

This commentary originally appeared on SpouseBUZZ on July 13, 2016, under the title, “I Saw My Own Family In This Study.”