Is America's Crisis 'System' in Crisis? 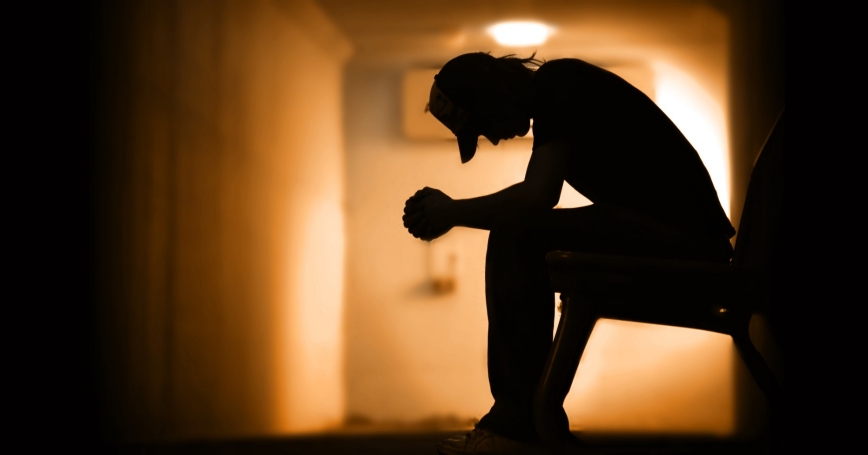 New findings from the Veterans Affairs Department's inspector general (PDF) and the Government Accountability Office (PDF) suggest that while the VA is making consistent gains in providing services for veterans through its Veterans Crisis Line (VCL), other systems that provide suicide prevention services to nonveterans are in far greater need of attention.

The progress made by the VA could provide a blueprint for improving suicide prevention services for all Americans.

When a veteran calls the VCL, the call is answered by a call responder at a central, VA-run call center. However, if not answered within 30 seconds, the call is transferred to one of five call centers that are part of the National Suicide Prevention Lifeline (the “Lifeline”) which typically serve nonveterans and here also serve as backup call centers to the VCL.

These backup call centers were included in both the GAO audits. As part of its investigation, the GAO also conducted covert test calls to the Lifeline, where calls are routed to one of 164 privately run call centers across the system. The VCL backup centers and the other Lifeline call centers are among the crisis resources that most Americans rely on. As a system serving nonveterans, the Lifeline centers have never been subjected to an evaluation as rigorous as the IG and GAO audits.

While veterans who reach out for help are likely to find someone on the other end of the line, such assurances do not necessarily hold for most Americans.

One striking finding from these audits is that while veterans who reach out for help are likely to find someone on the other end of the line, such assurances do not necessarily hold for most Americans. Of the 114 covert calls the GAO made to the VCL, all but one was answered within 120 seconds. In contrast, wait times for 3 of 34 covert calls to the Lifeline were over five minutes. (For one, the test caller waited 18 minutes for someone to answer the phone.) At one of the Lifeline call centers that served as a backup to the VCL, the IG found that at least 20 calls were routed to a voicemail system that staff at the backup call center didn't even know existed.

The nation's crisis system has tried to keep up with shifting telecommunication patterns, with crisis support available via internet chat and text messaging. All of the covert internet chat requests to the VCL were answered within 60 seconds, but a 2015 article in The Atlantic reports that only 50 percent of chat requests to the Lifeline system are answered at all. With respect to text messaging, a major finding of the GAO audit was that 4 of the 15 covert text requests to the VCL were unanswered. This service isn't even offered by Lifeline. Americans wanting support by text generally need to use the Crisis Text Line, which is a network of paid staff and volunteer responders who can respond to 80 percent of those requesting services within five minutes.

Starting in 2015, the VCL began requiring that backup call centers not place callers on hold unless they first conduct a suicide risk assessment for every call they receive. This risk assessment consists of three questions about callers' current thoughts of suicide, recent past thoughts of suicide and any past suicide attempts. Though the Department of Health and Human Services stated in the GAO report that all Lifeline responders adhere to these standards, RAND's evaluation of call centers in California told a different story: While some centers do ask questions routinely, at some centers they may get asked only a quarter of the time. In fact, all past evaluations of the Lifeline have found generally low levels of adherence to these risk assessment standards.

The scrutiny and accountability placed upon the VCL is also worth noting: Within one year, they have been subject to two external investigations. As a result, they have made significant changes to their operating procedures: They have established their own call center evaluation team as well as procedures for routine silent monitoring of calls made to the VCL and analysis of caller complaints. In contrast, RAND's analysis of 10 crisis centers found that only two conducted live monitoring and none recorded their calls. Although our analysis did not document the procedures of all hotlines operating in the United States today, we fear that the current practice is woefully inadequate to identify poor performing call responders and to continuously improve upon the services they are performing.

The VCL audits have also resulted in changes to the contracts the VA has with its five backup centers, like the previously mentioned standards for putting callers on hold. These changes may, in turn, affect the support that Americans receive when they reach one of the backup call centers. However these changes are unlikely to directly affect the operating procedures at the other 159 call centers that are part of the Lifeline, or the unknown number of hotlines that advertise suicide prevention services but are not part of the Lifeline network. Because these hotlines receive little federal funding, it is difficult to identify what policies can improve the services that Americans who rely on these hotlines receive.

The deficiencies in this system, however, are not necessarily the fault of its players. The Lifeline is a network of private, nonprofit call centers committed to the cause of preventing suicide. They have limited resources and rely heavily on volunteers who work all hours of the day and night and also over holidays. How can they be expected to expand their chat and text services, to answer all calls within 30 seconds and to never put callers on hold with the limited resources they cobble together from local governments, private donors and grant funding?

As a new entity launched less than 10 years ago and with demand that surpassed anyone's expectations, it should be no surprise that the VA is continuing to improve its suicide prevention hotline. As it does, though, it becomes a beacon shining light on the crisis systems that most Americans rely on and that are in critical need of improvement. If the United States is going to demand more from the crisis services the VA provides its veterans, it should also demand more from the system that provides crisis services to everyone. At the very least, this will require adequate resources to allow this fragmented system to provide high-quality care that is routinely monitored and evaluated. It is critical that the GAO and IG reports are used not only to continue efforts to prevent veteran suicide, but also to look critically at and improve the systems that are in place to prevent American suicide more broadly.

This commentary originally appeared on U.S. News & World Report on July 13, 2016. Commentary gives RAND researchers a platform to convey insights based on their professional expertise and often on their peer-reviewed research and analysis.