It's Getting Harder to Define Military Readiness. Here's What to Do About It. 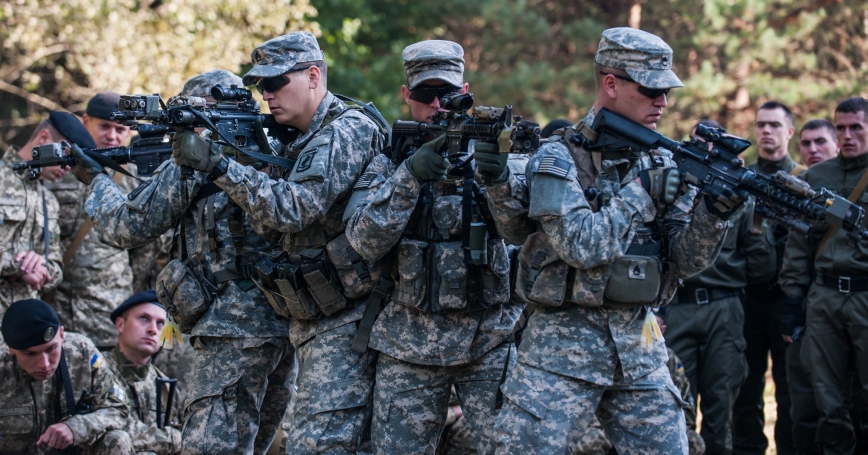 For instance, if the U.S. military is fully resourced and adequately trained to fight a modern mechanized military in relatively open terrain, it will be regarded as ready to conduct this particular kind of warfare against this type of adversary. But if a similarly resourced and trained force is instead called upon to fight a prolonged insurgency in an urban environment—as happened in Iraq following the 2003 invasion—it will be somewhat less than ready for this mission, since fighting an urban insurgency stresses a different set of skills, equipment and capabilities than does fighting a mechanized force. Preparing for both types of adversaries, or some combination of the two, is a challenge, as indicated by recent comments and testimony on the subject of military readiness.

On a recent trip to Africa, Army Chief of Staff Mark Milley indicated that the U.S. military's emphasis on fighting terrorists and insurgents over the last 15 years has eroded its capacity to counter more traditional, high-end threats. His statement echoes that of former Army Chief of Staff George Casey, who made the case in the 2008 U.S. Army Posture Statement (PDF) that a combination of a high operational tempo and focus on counterinsurgency operations, to the exclusion of other necessary capabilities, had resulted in an Army that was out of balance. This erosion of capability and lack of balance in the midst of budget cuts has helped lead to a less-than-prepared military, according to recent congressional testimony on military readiness levels across the services....

This commentary originally appeared on Defense One on July 12, 2016. Commentary gives RAND researchers a platform to convey insights based on their professional expertise and often on their peer-reviewed research and analysis.