Patients with Severe Schizophrenia Aren't Getting the Help They Need 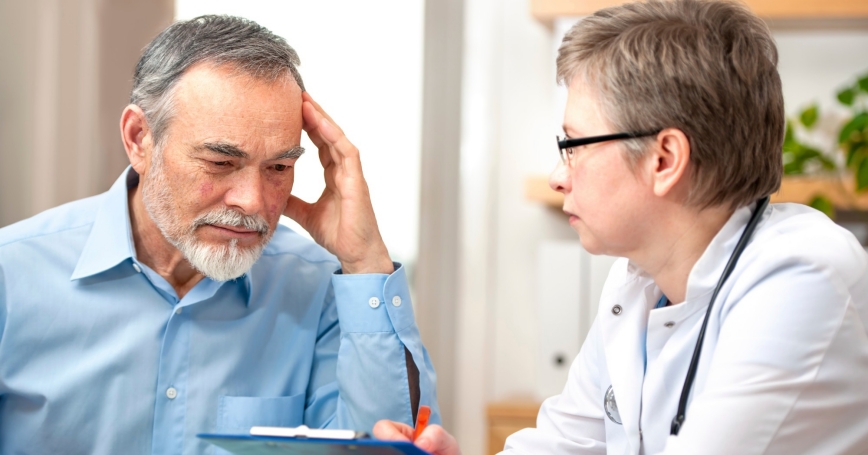 Even when effectively treated, schizophrenia can be devastating, impairing a person's social and family life, ability to work, physical health, and quality of life. Those who have schizophrenia often end up alone and impoverished. Yet the effects of this disease are even worse when treatment doesn't work.

Treatment-resistant schizophrenia (TRS) is formally defined as schizophrenia that is not well controlled despite adequate trials of at least two medications — a definition that applies to between 20 to 30 percent of patients with the condition. An effective treatment exists for TRS: the anti-psychotic clozapine, which was first used to treat schizophrenia in 1971 and approved for use in the United States since 1989. Multiple studies have shown that clozapine is clearly superior to other treatment strategies for TRS, and that it is the only treatment proven to work for TRS.

Despite this evidence, in most settings only 10 percent of patients with TRS are receiving clozapine — and the percentage is often far lower than that. Although clinical guidelines unanimously recommend offering clozapine after two other medications have not worked, patients are usually given 15 to 20 different medications sequentially over the course of a decade or more before clozapine is considered.

A case could be made that nowhere in medicine is current practice more at odds with medical evidence than the persistent underuse of clozapine to treat TRS.

Of course, there are good reasons for this state of affairs. Clozapine has unique and powerful side effects and risks, which often make it a drug of last resort. The side effects can be disfiguring and potentially deadly, and include paralysis of the intestine, myocarditis (inflammation of the heart muscle), and agranulocytosis (where the bone marrow shuts down and stops making blood cells).

Because of the need to monitor for side effects, patients starting clozapine receive their pills on a weekly basis for the first six months. Before each time the patient can receive pills, he or she must be thoroughly evaluated, including a blood test, to monitor for side effects. The time between visits stretches to every other week for the next six months, and then monthly for life. That's a lot of medical visits, causing some patients and caregivers to refuse to try clozapine, but patient refusal is a relatively minor contributor to the low rate of clozapine use.

The main reason patients with TRS do not receive clozapine is relatively simple: The health care system is not equipped to provide it to them.

The main reason patients with TRS do not receive clozapine is relatively simple: The health care system is not equipped to provide it to them. Psychiatrists hesitate to prescribe clozapine at least in part because the need for monitoring and registration creates busywork that is not reimbursed or remunerated. While doctors are strongly motivated to help patients, it is unrealistic to expect a doctor to spend an hour each week on paperwork to help a single patient, even a very needy one, without being financially compensated — especially when that doctor might have 50 patients who need this therapy.

There is, according to two studies my colleagues and I published in mid-June in the journal Psychiatric Services that were based on research we did for the Veterans Health Administration.

In the first study, we simulated the expected effect on costs if the use of clozapine to treat TRS went up. The results were staggering. The model predicted that for every patient who initiated a trial of clozapine, the payer (the insurance company) would save $22,000 in the first year, and more in successive years when monitoring is less extensive. The cost savings were achieved by reducing hospital days for such patients—by an average of more than 18 days per year.

Our model also spoke to the dreaded side effects of clozapine. While we found that some patients would die because of clozapine-related side effects, slightly more lives would be saved because clozapine helps prevent suicide. The model did not consider the benefit to patients and society of improved quality of life from well-treated disease — only the cost to the payer.

In the second study, we spoke with clinicians at sites within the VA health care system — five sites that prescribed high levels of clozapine (in some cases, approaching 70 percent of eligible patients) and five that prescribed the usual 10 percent or less. By analyzing the common features of the high-utilizing sites and contrasting them with the low-utilizing sites, we were able to observe some important features about the characteristics of sites that achieved higher clozapine utilization:

None of these interventions are all that difficult to accomplish, but they come with significant costs. That's why these two studies are so powerful when taken together. One study shows that practical but expensive strategies can feasibly increase the use of clozapine to treat TRS. The other shows that the health care system can save a lot of money if clozapine is prescribed more. The first-year, per patient savings alone would more than pay for the necessary nurses, pharmacists, drivers, and office help needed to make clozapine easier to administer — and more acceptable to doctors and the patients who would greatly benefit from it.

The problem, as will be familiar to many readers, is one of misaligned incentives. An intervention is available that would improve patients' lives and save the payer money, but this effective therapy is not being delivered because the investment to achieve this goal would need to come from a third party (here, the mental health clinic). One reasonable solution would be a shared-savings model, where the payer shares some of the savings from averted hospital days with the clinic, providing an incentive to invest in building capacity to deliver clozapine to more patients.

Adam Rose is a natural scientist at the nonprofit, nonpartisan RAND Corporation. This research was conducted while he was an investigator at the Bedford VA Medical Center in Massachusetts, and was funded by the VA Health Services Research and Development Service.