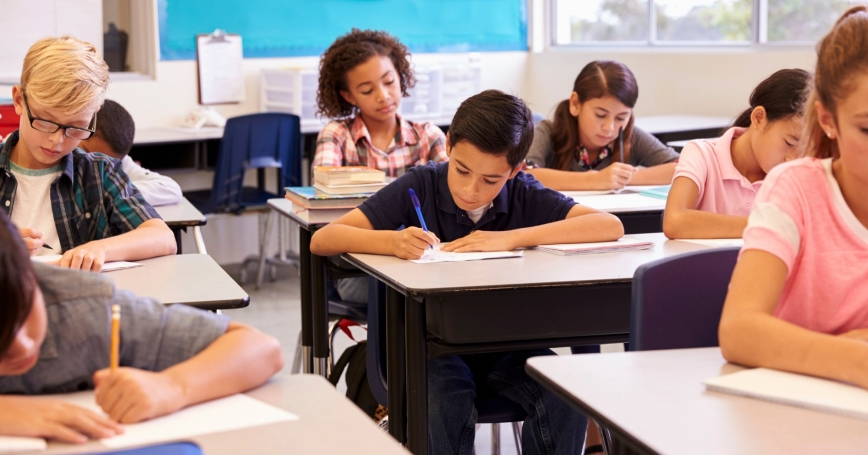 Pittsburgh has a long tradition of community involvement in the public schools. Our new superintendent, Anthony Hamlet, will get lots of advice as he starts his job. That's good. He has a very big job ahead of him, nurturing a district that has made great strides recently but still has a long way to go.

I know this because, as a Pittsburgh Public Schools parent and an education policy researcher, I have looked carefully at the evidence about how well the district is doing and what is really helping students achieve and succeed.

I have been a PPS father for 20 years, and I likely will be one for seven more, when my youngest child is expected to graduate high school. I'm also a close observer of PPS because, in my job with the nonprofit RAND Corporation, I've traveled around the country and around the world working with school systems as they figure out what's wrong, what works and what doesn't work.

My colleagues and I, many of us Pittsburgh residents and PPS parents, have worked with the past four PPS superintendents and countless central office staff, school leaders and teachers to diagnose problems, design solutions and help implement and evaluate the resulting policies and programs.

We found that, in 2004, African-American students were half as likely to score well on state standardized tests in fifth grade as white students, and that this gap grew even wider during middle and high school. We also found that fewer than half of the African-American males who entered PPS for ninth grade in 1999 or 2000 graduated four years later. In spite of this discouraging picture, we found some schools and teachers had much greater success helping children succeed.

Armed with this information, PPS embarked on a mission to measure and improve the performance of school leaders and teachers, with the goal of providing “Excellence for All.”

As education reformers around the world know, progress is very difficult to come by. For example, during the first stage of reforms funded by the U.S. Department of Education, we found that a PPS school-leader initiative alone did not lead to substantially greater score growth than in the rest of the state. And, contrary to the goal, scores of African-American children and low-income children continued to improve their test scores less than white and more affluent children in every single year of the initiative from 2007 to 2010.

However, PPS kept working closely with many stakeholders, including funders, technical-assistance providers and the teachers' union. Now, progress is beginning to take hold.

The second stage was funded by the Bill & Melinda Gates Foundation under its Intensive Partnership for Effective Teaching initiative. The district developed a sophisticated measure of teacher performance that incorporates principals' observations, growth in student achievement and student surveys. This measure is used to guide teacher-improvement efforts and personnel decisions.

As we showed in a recent report, Pittsburgh has improved math scores in grades three through eight and has improved them more for African-American and high-poverty students than for other students. Also noteworthy is PPS improvement in high school reading scores and in graduation rates for African-American and high-poverty students.

PPS has continued to leverage its status as a forward-thinking, data-driven district to obtain outside assistance for new efforts. When the U.S. Department of Justice offered grants to school districts to make schools safer and more welcoming, on the condition that they rigorously evaluate the program's impact, PPS teamed with RAND to launch the first large-scale randomized experiment of the “restorative-practices” approach to improving student behavior.

All staff members of restorative-practices schools are trained to help students understand that they are an important part of a school community. This allows misbehaving students to more quickly and fully appreciate the damage caused by their actions. When students are suspended, they are carefully reintegrated afterward to deter further conflict.

We meet regularly with PPS staff to provide them with information about which schools have improved attendance and reduced suspensions and which have not. We look forward to reporting the hard evidence next year on whether these coordinated efforts to improve student relationships have led to large improvements in school safety and culture, relative to the schools that are not implementing this program.

By hiring Mr. Hamlet, an advocate for community schools and restorative practices, the PPS board shows that it recognizes the positive role that schools can play not only in the academic lives of children, but also in all facets of their lives and communities. As PPS experiments with programs to support all the needs of children, I hope it continues to build on the hard work of the past 10 years, evaluating and improving the performance of school leaders and teachers.

Mr. Hamlet can lead PPS to new levels of excellence if he boldly and wisely chooses initiatives that will serve all of our children and if he uses the data at his disposal to decide which initiatives should be continued. Only then will all our children have a chance to develop the skills and the sense of community that they need to prosper.

John Engberg is a senior economist at nonprofit, nonpartisan RAND Corporation and a resident of the North Side.

This commentary originally appeared in Pittsburgh Post-Gazette on July 10, 2016. Commentary gives RAND researchers a platform to convey insights based on their professional expertise and often on their peer-reviewed research and analysis.