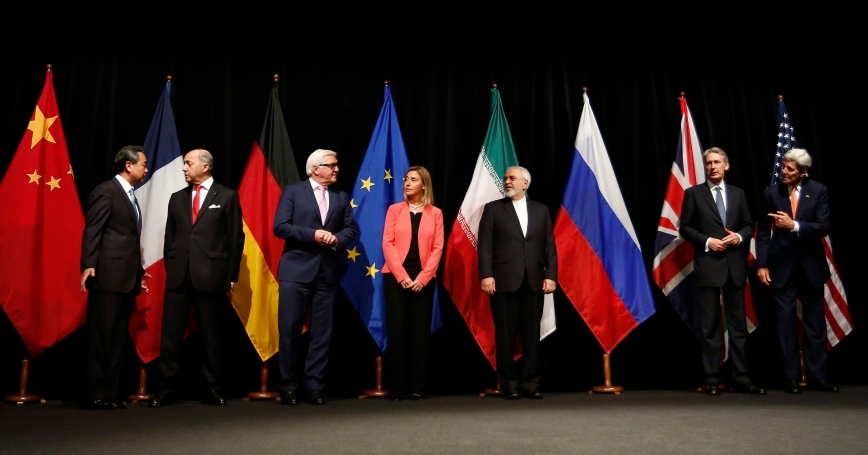 The Joint Comprehensive Plan of Action (JCPOA), commonly known as the Iran nuclear deal, was reached one year ago on July 14 between Iran and the P5+1 nations, the United States, the UK, Russia, France, China and Germany.

Looking back on the past year, five RAND experts responded to a series of critical questions about the deal, its implementation and potential challenges ahead. Dalia Dassa Kaye is the director of the Center for Middle East Public Policy and a senior political scientist, Lynn E. Davis is a senior fellow, Alireza Nader is a senior international policy analyst, Jeffrey Martini is a senior Middle East analyst and Larry Hanauer is a senior international policy analyst. They are among the authors of RAND's 2015 series of reports The Days After a Deal with Iran, as well as commentary published since the agreement.

What's your general assessment of where things stand one year later?

Dalia Dassa Kaye: The nuclear agreement has progressed surprisingly well over this past year. Iran completed the central requirements in the JCPOA earlier than expected, curtailing both its uranium enrichment and plutonium programs in exchange for the lifting of nuclear-related sanctions. But broader disputes have clouded the spirit if not the letter of the deal. The Iranians have been complaining they aren't receiving the economic windfall they expected because of continuing U.S. sanctions in non-nuclear areas that are still scaring off investors and making financial transactions difficult. Meanwhile the United States remains concerned about Iranian missile tests and the arrest of dual nationals, among other troubling regional activity. But expectations that this deal would fundamentally transform Iran or the tumultuous regional landscape were never realistic. If the measure for assessing this agreement is whether it has set back Iran's nuclear advances diplomatically for the foreseeable future, then it has worked far better than many thought might have been possible just a few years ago.

Lynn E. Davis: The agreement is an important nonproliferation success. It has come into force faster than many expected, and so far it is being implemented without any real problems. There are difficulties for the Iranians in how the relief from economic sanctions is being implemented. But the JCPOA has mechanisms for resolving issues as they arise and Secretary of State John Kerry remains engaged in finding ways ahead.

Have any developments over the last year surprised you?

Kaye: I find it remarkable how after months of contentious debate, the nuclear issue moved off the map in Israel so quickly once the U.S. congressional debate ended and the agreement moved forward last September. Of course Israeli leaders are still concerned about Iran, but Iran has moved from being a nuclear problem to a regional problem.

Davis: After years of serious concerns about Iran's nuclear weapons program, including the possibility of a cascade of new nuclear states in the region, the end of Iran's nuclear threat was almost a non-event. This is unfortunate, for the region is much safer with the constraints now being enforced on Iran's nuclear program.

Has the nuclear agreement led to reforms within Iran's political system?

Alireza Nader: While President Hassan Rouhani has been boosted by the nuclear accord, there have been no political reforms within Iran. The unelected conservative establishment continues to wield enormous power and, if anything, societal repression and human rights abuses have increased since Rouhani became president. He has not demonstrated the will or capability to implement any social or political reforms in the face of a conservative backlash.

How have Israeli policies evolved in the year following the agreement?

Kaye: Israeli leaders and analysts are now much more focused on Iran's role in Syria, and its support for Hezbollah, than on the nuclear issue now that the JCPOA is a done deal. Most Israeli analysts expect Iran to adhere to the agreement but worry about Iran's non-nuclear activities in the region and what Iran might do once major restrictions of the deal end in 10 to 15 years. Israel's biggest concern is preventing the Iranians from transferring advanced weaponry to Hezbollah in Syria as well as a permanent Iranian presence on Israel's border in the Syrian Golan. Direct Israeli military action against Iranian nuclear sites isn't likely as long as the JCPOA is being implemented, but there's still the potential for Israeli-Iranian escalation on the Syrian border.

What about other regional neighbors who were concerned about the agreement, particularly the Gulf Arab states? How have they responded to this agreement?

Jeffrey Martini: Fearing the agreement signals a weakened U.S. commitment to their security, the Gulf states have responded by demonstrating their own military capabilities. The Saudi-led military coalition operating against the Houthis in Yemen, which they view as a vector of Iranian influence, is an example of this military activism. The irony is that the United States has long urged the Gulf states to play a greater role in providing for their own security, but now that they are, there are concerns in Washington about the potential escalatory effect on regional conflicts.

How has this agreement affected the U.S.-Iranian relationship?

Kaye: It's become very popular to hear analysts in the United States and abroad talk about the nuclear agreement as transactional, not transformational. And that's true to a large degree—this is ultimately an arms control agreement, not a broader rapprochement with Iran. That said, it's critical to build on this agreement—if it continues to work—to identify other areas where the United States and Iran might have common interests.

Davis: Not surprisingly, little has changed in the overall U.S.-Iranian relationship as a result of the agreement. The interests of the two countries in the region remain fundamentally different. Nevertheless, taking the nuclear issue off the table could open up areas for some limited cooperation. The United States should be open to the possibility while keeping expectations low.

What about concerns that the United States is tilting toward Iran following this agreement at the expense of regional allies?

Kaye: This isn't a question of choosing Iran over our longstanding regional allies or ignoring ongoing human rights abuses in Iran, which we shouldn't. It's about treating Iran at a minimum as a normal adversary, and in normal adversarial relationships we still find opportunities to communicate and even cooperate in areas that serve our self-interest. That's why it will be important to find ways to institutionalize some of the diplomatic cooperation that's already begun through these negotiations into the next U.S. administration.

What are other potential challenges to the agreement in the months and years ahead?

Davis: The main challenge is to keep the nuclear agreement on track when other interests between the United States and Iran continue to diverge. There will also be the technical implementing issues, which will need to be dealt with on their merits and which should not be allowed to become politicized in the domestic politics of either Iran or the United States.

What has Congress done to address the Iran deal in the past year? What might Congress do under the next president?

Larry Hanauer: Although Congress held some hearings and introduced some legislation in the immediate aftermath of the nuclear agreement, it has done little of substance that will affect the JCPOA's implementation. Congressional efforts to block the deal from being implemented failed, as did proposals to introduce new sanctions on Iran. That said, Congress's continued efforts to undermine the agreement have created some measure of uncertainty about its viability, which in turn may make some Western corporations feel that investing in Iran is a risky proposition. If companies truly fear that Congress would scuttle the deal, and they withhold their investment as a result, Iran could see little economic benefit from the agreement and decide to withdraw from it. In such a case, however, Iran would present the United States as the reason for the deal's downfall, leaving the United States isolated on the issue and unable to affect European countries' efforts to engage Iran despite U.S. opposition.

What Congress does after the election will depend on who is elected president and which party controls the House and Senate (and by what margin). If a Democrat wins the White House and wishes to continue the JCPOA's implementation, Congress will be unable to undo the agreement unless Republicans maintain control of the House and secure enough votes against the deal in the Senate (60) to overcome a Democratic filibuster. If a Republican wins the White House, the new president could withdraw from the deal without congressional approval. Congress would only be able to force the deal's implementation by law if pro-deal Democrats not only gain control of the House and Senate, but also secure two-thirds majorities in both chambers in favor of the deal in order to override a presidential veto. Neither outcome appears likely, meaning Congress will have little ability to affect the JCPOA's implementation except by drawing attention to it through hearings and public statements.