The End of Nuclear Proliferation? 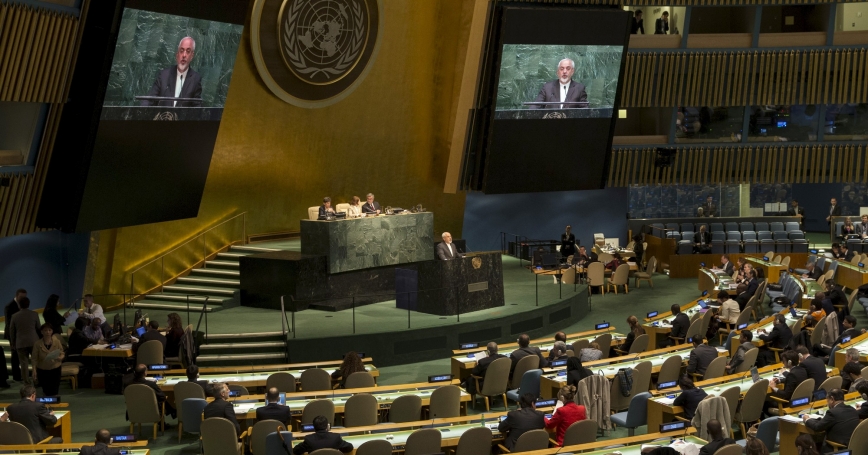 Iranian Foreign Minister Mohammad Javad Zarif addresses the 2015 Review Conference of the Parties to the Treaty on the Non-Proliferation of Nuclear Weapons (NPT) at United Nations headquarters in New York, April 27, 2015

Fifty years after the international community began efforts to prevent the spread of nuclear weapons to states beyond those recognized in the Nuclear Non-Proliferation Treaty (NPT), the era of nuclear proliferation may be over.

It may be argued that this is only a temporary respite and the next case of proliferation is surely just around the corner, but no new cases or even suspected cases of proliferation have arisen in over a decade. In fact, it is difficult to point to any state that might pursue nuclear ambitions any time soon. One reason for this is the dedicated, concerted effort to both deepen the global norm of non-proliferation and strengthen the regime designed to prevent the occurrence of nuclear proliferation. Another is that it is increasingly rare for modern states to possess both the political will and the technological capability to pursue nuclear weapons programs.

The most recent cases of proliferation took place in Iran, which was suspected of pursuing nuclear weapons in the late 1990s and early 2000s, and North Korea, which joined the “unofficial” nuclear club in 2005. The ongoing nuclear crisis on the Korean peninsula caused many to look at South Korea and Japan as potential falling nuclear dominos, but both have recently sought renewed assurance from the United States that its nuclear umbrellas remain both intact and reliable. Prior to this, Saudi Arabia was considered a most likely candidate to engage in proliferation, but that was based on predictions that Iran had the potential to acquire nuclear weapons.

Why Do States Proliferate?

States such as Brazil, India, and Syria that engaged in nuclear proliferation due to political revisionism to change the balance of power or capabilities in a particular region or within a given relationship, did so because they perceived it as a pathway to greater prestige and influence. That the NPT institutionalizes the exclusivity of the nuclear club only adds to the perceived utility of nuclear weapons as a mechanism of revisionism....

This commentary originally appeared on The National Interest on July 25, 2016. Commentary gives RAND researchers a platform to convey insights based on their professional expertise and often on their peer-reviewed research and analysis.