To Defeat ISIL's Brand, Its Territory Must Be Reclaimed 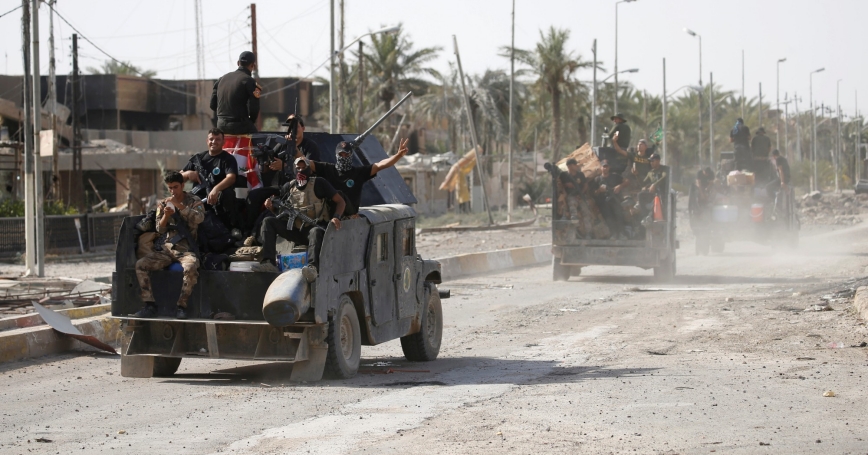 Part of what has made the Islamic State in Iraq and the Levant (ISIL) so successful and unique as a terrorist organization has been its capture and administration of territory once belonging to sovereign states. Capturing and holding territory has afforded the organization—among other things—safe haven for planning and training, recurring and substantial revenue flows, and perhaps most important, a distinct cachet that adds to its operational notoriety.

Yet, over the past two years, coalition attacks have caused ISIL to lose 47 percent of the territory it once held in Iraq and 20 percent of its erstwhile real estate in Syria. Its loss of territory has had two effects: it has tarnished the ISIL brand as the establisher and defender of a global Islamic caliphate, and has at least in part caused it to lash out in an effort to deflect attention from its mounting losses and to increase morale among its worldwide base of sycophants. Despite the recent spate of ISIL-inspired attacks, the coalition should continue to stay the course, mindful that attacks abroad are an inevitable byproduct of a terrorist organization undergoing a deliberate strategic change.

The last week of Ramadan in 2016 marks one of the bloodiest weeks of international terrorism in recent memory, with several attacks conducted by ISIL. In Istanbul, 44 people were killed in an attack on Ataturk International Airport. In Dhaka, another 22 individuals, including two police officers and over a dozen westerners, were murdered during an assault on the Holey Artisan Bakery, a restaurant in the Bangladeshi capital's diplomatic district. These attacks were followed by others in Baghdad, where more than 140 people were killed; Malaysia, where a grenade attack on at a nightclub injured 8 people; and Saudi Arabia, where three coordinated suicide bombings rocked the Kingdom in an attack that was clearly aimed at destabilizing the ruling monarchy.

This string of violence, while abhorrent in every respect, may be a sign that ISIL is concerned about its brand. Indeed, in a seeming acknowledgment that the group's once lofty ambitions might not be sustainable, ISIL spokesman Abu Mohammed al-Adnani has attempted to recraft the group's narrative, promising to revert to its roots as a guerilla insurgency rather than a terrorist group in control of a specific and defined territory, once the group's singular raison d'etre.

Coalition success in reclaiming even more ISIL territory is anything but a certainty. The jihadist group has diversified its methods of attack, making it more difficult to counter at every turn. It is capable of executing direct attacks with its own personnel within the region (Istanbul, Baghdad), ordering attacks directly within its command and control network against a distant set of targets (Bangladesh, Malaysia), working through any number of its affiliated branches to conduct strikes (Libya, Sinai) or motivating and inspiring lone wolves (Orlando) to act in the group's name....

This commentary originally appeared on The National Interest on July 8, 2016. Commentary gives RAND researchers a platform to convey insights based on their professional expertise and often on their peer-reviewed research and analysis.