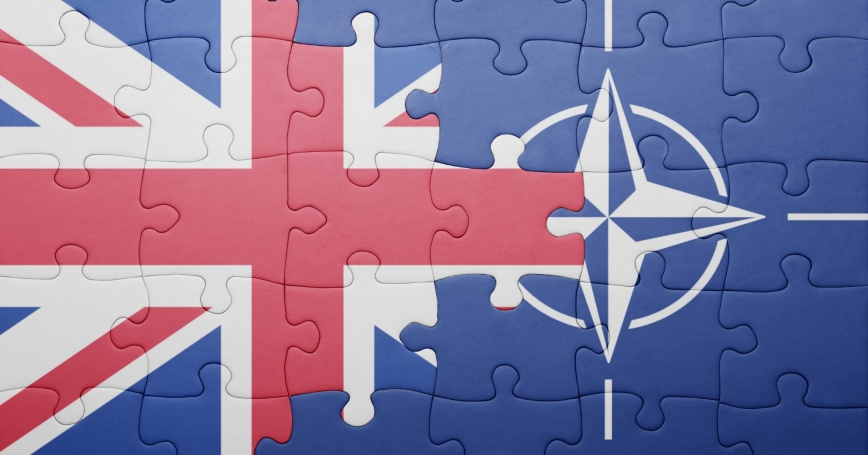 Concerns that the “Brexit” vote could weaken NATO are overblown. There will likely be a wide range of fallout from the vote that will spread beyond the economic realm, but the European Union is not NATO — it's far too early to expect dramatic outcomes like the rise of Russian influence in Eastern Europe or a significant weakening of NATO.

Even before the Brexit vote, former NATO commanders expressed concern on the grounds that support for Brexit would undermine Britain's ability to remain engaged in the alliance. After the British voted for Brexit, observers noted that it would undermine NATO by sowing division within Europe. One compared Brexit to East Germany's departure from Moscow's orbit, which was followed by the dissolution of the Soviet Union. Another saw the diminishment of British ability to enforce sanctions against Russia.

Commentators who chalk Brexit up as a win for potential Russian adventurism in Ukraine, the Baltics or elsewhere are jumping the gun. Concerns about the broader implications of nationalist sentiment in Britain, Europe and the United States are understandable, but in the case of British support for NATO, we are nowhere near the point of crisis. Politicians championing independence from others and reluctance to engage in international cooperation is nothing new, and it doesn't inevitably lead to the doom forecasted by so many at present.

Britain has traditionally been ambivalent about cooperating with Europe. Some of this is grounded in British views of their independence and an understandable reluctance to cede sovereignty to EU bureaucrats in Brussels, but the story is a mixed one. Winston Churchill called for a “kind of United States of Europe” (PDF) in 1946, and after years of working with the European Economic Commission and other precursors to the EU, the U.K. joined the European Community upon its inception in 1973. In 1990 the U.K. even linked the pound to other European currencies in the European Exchange Rate Mechanism, a precursor to the Euro. Shortly afterwards, the British signed the Maastricht Treaty, which created the EU.

These moments of British enthusiasm for European integration have been limited at best. British reluctance to cooperate with their European neighbors has a long history dating back to their role as the keeper of the balance of power on the European continent. During periods of historical calm, the British preferred to stay out of continental politics, but when their presence could restore order, they applied their resources toward this goal.

More recently, the British have expressed concerns about growing German economic strength following World War II and French efforts to use European integration as a platform to forward its interests. The British refused to take part in discussions over the failed European Defence Community in the 1950s (although they did play a role in later efforts to build common European military capability). In 1992, during the “Black Wednesday” currency crisis, the British withdrew the pound from the European Exchange Rate Mechanism, and later abstained from joining the Euro, which would have abolished the pound altogether.

Casual observers point to individuals like Margaret Thatcher, or, in the current crisis, Boris Johnson, as champions of British sovereignty and claim that there is a British predilection for independence. A similar sentiment underlies concerns that Brexit implies a weakening of NATO. A few points are in order.

First, the British aren't alone in championing their independence from international cooperation. For example, when it comes to NATO in particular, the French have expressed less of a desire to cooperate. While France was one of the founding members of NATO in 1949, it did drop out of the alliance's integrated military command in 1966 under Charles de Gaulle, another European leader known for trumpeting the importance of national independence.

When it comes to NATO, the British have been among the stoutest supporters of the alliance ever since its formation.

The French “defection” forced a move of the alliance's command center as well as the withdrawal of NATO forces from France. In the heat of this moment, it is important to note that this move had little impact on NATO's effectiveness, as it did not encourage Soviet aggression. Later, in 2009, the French returned to the integrated military command. In international cooperation, there are second acts.

Second, when it comes to NATO, the British have been among the stoutest supporters of the alliance ever since its formation. The British have shown much more willingness to work with NATO, a transatlantic group, than with their fellow Europeans in the absence of the United States. A 2015 poll found that 60 percent of British respondents expressed support for NATO, 10 points higher than respondents from the United States.

It is easy to get caught up in the moment, to become distracted by the statements of flamboyant individuals and to see cross-national trends that seem to point toward dissolution. There are those who rail against globalization and related economic disruption, which will certainly put a strain on institutions that rely on international cooperation like the EU and NATO. Nevertheless, it is important to note the differences between these groups. The EU does have a defense component, but it has primarily been focused on European economic integration. NATO is affected by economic trends, but it is a transatlantic security organization.

It is tempting to string different circumstances together, but instances like Brexit, Russian activism and the fate of NATO are not the same thing. They affect one another, but their interaction is more complex than some of the immediate reaction to Brexit implies. It is good to be wary, but it is far too early to panic.

This commentary originally appeared on U.S. News & World Report on June 29, 2016. Commentary gives RAND researchers a platform to convey insights based on their professional expertise and often on their peer-reviewed research and analysis.