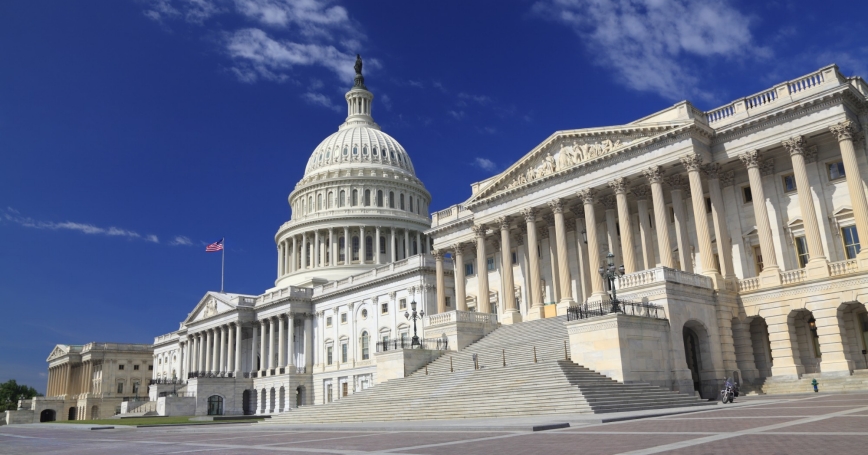 With Congress adjourned for summer recess, the frenetic pace of activity on the Hill eases somewhat, providing a welcome break for busy congressional staff and more time to dive deeply into the wide array of policy issues before the Congress. To help Hill staffers make the most of the recess, RAND has developed a list of must-read research and commentaries that will help ensure policymakers will return ready to hit the ground running.

At the most recent NATO summit in early July, the issue of Russia drew a larger focus than at any other summit since the end of the Cold War. Russia's increasingly aggressive action over the past two years — notably its occupation of Crimea and involvement in eastern Ukraine — has alarmed NATO allies. The summit also occurred against the backdrop of a British vote to leave the European Union, which leaves many unanswered questions, chief among them the implications for transatlantic security.

RAND's Christopher Chivvis, associate director of the International Security and Defense Policy Center, notes that the British Brexit referendum is a blow to the EU's attempt to create a common defense policy, poses questions for NATO, and has a limited near-term impact on Britain's practical cooperation with the United States and Europe. With respect to NATO, the referendum could embolden Russia, cause resentment between French and German leaders and their British counterparts, and lead to a cut in British defense spending.

A main concern at the Warsaw summit centered on defending the Baltic states. A RAND report based on wargaming methodology found that Russian adventurism in the Baltics would be catastrophic for NATO, with Russian forces able to reach Tallinn and Riga in as few as 36 hours. It concluded, however, that a force of about seven brigades, including three heavy armored brigades, could suffice to prevent the rapid overrun of the Baltics. A more recent study observed that the United States could engage strategically with countries on NATO's eastern flank to strengthen deterrence while minimizing the risk of inadvertent escalation.

The campaign against the Islamic State has succeeded in wresting from the extremists around half of the territory they held in Iraq and about 20 percent of their Syrian holdings, but ISIS and ISIS-inspired attacks continue to fuel concerns. As the war on the Islamic State grinds on, policymakers must continually reassess American strategy against this critical threat and consider the most effective ways to deliver a lasting defeat to the terrorist organization.

An examination of recently declassified documents from the Islamic State of Iraq (ISI), the predecessor of the Islamic State, reveals lessons from the group's history that are useful for setting expectations about the strengths and vulnerabilities of the Islamic State and its ability to combat its opponents, designing a coordinated and effective campaign against it, and understanding why it might be able to survive such an effort and sustain itself in the future, albeit perhaps at a lower level of threat. This report concludes that defeating the Islamic State will require persistence, noting that the record of counter-ISIL operations from 2006 through 2010 shows that military action and political accommodation can work together to degrade the group substantially, if not defeat it.

Another study assesses counter-Islamic State efforts. In this report, Linda Robinson argues that a complete victory will be elusive without local forces capable of holding territory. She recommends providing more comprehensive training, advising, and assisting support to indigenous forces and facilitating political agreements to resolve the key drivers of the conflict among Iraqis and Syrians.

One of the issues that Congress might tackle during a lame duck session is the Trans-Pacific Partnership (TPP) trade agreement. Debate about whether to proceed with the TPP has often been contentious, and coalitions have formed across the aisle, with both supporters and opponents of the pact crossing party lines.

Earlier this summer, as part of the Strategic Rethink project, RAND issued a report examining strategic options for the United States regarding the international economy. This study by RAND economist Howard Shatz included an assessment of the Pacific and Atlantic trade agreements. It notes that while the TPP will need to be considered in detail, a broad Pacific deal will benefit the U.S. economy and help extend U.S. influence in Asia and beyond. Likewise with a European trade agreement. While the Trans-Atlantic Trade and Investment Partnership (TTIP) has yet to be completed, it is in the United States' interest to proceed with negotiations and eventually approve a deal.

Shatz, in a separate commentary following Britain's vote to leave the European Union, sees the surprising development as an opening for another step forward in efforts to liberalize global trade and investment. He notes the United States should now negotiate a free trade deal with Britain, use the British exit to emphasize to the European Union the desirability for it to integrate with the United States, and finalize the TTIP. This could ease uncertainties and restore confidence in the global economy, he asserts.

When Congress returns in the fall, improving veterans' health care and the future of the Veterans Choice Program will still be on the to-do list. One option is to make the program permanent and expand eligibility to all veterans enrolled in VA health care. But what is known about the program's potential as a long-term supplement to the care VA provides? According to Carrie Farmer and Susan Hosek, project directors of RAND's VA Choice assessments, the jury is still out. In an article originally published in U.S. News and World Report, they contend that more data on the care some veterans are receiving in the community (instead of at VA facilities) is needed to better understand the timeliness and quality of care received there and to help Congress identify needed changes to the program.

Within three years of release, 40 percent of former prisoners who rejoin society are reincarcerated. As legislators consider criminal justice reform options, RAND researchers suggest addressing this problem in two ways. First, RAND research has previously found that allowing prisoners access to education while incarcerated can have huge effects. Individuals who participate in correctional education programs, including GED, vocational, or college studies, had a 13 percentage point reduction in their risk of being reincarcerated. And for every dollar spent on prison education programs, taxpayers save $4 to $5 in incarceration costs. In addition, RAND researcher Lois Davis recommends considering legislation that prevents potential employers from asking job applicants to check a box if they have a criminal record so that employers will focus on a job candidate's qualifications before taking into account an individual's criminal record.

Autonomous vehicles are beginning to hit the nation's roadways, as both car and technology companies invest in developing and test-driving them. Their deployment and news of the first known fatality have sparked questions about what role federal and state governments should play as they slowly move toward widespread use.

To help drive the discussion, RAND researchers developed a guide for policymakers that examines the advantages and disadvantages of these vehicles, as well as policy implications including liability and regulation issues. RAND researcher Nidhi Kalra writes that understanding how we will be able to determine when autonomous vehicles are safe enough for large-scale deployment is crucial for developing sound policies to govern their use.

So far, developers of this technology have turned to real-world testing to assess safety and performance. However, another RAND study calculated the number of miles that would need to be driven to provide clear evidence of autonomous vehicle safety — i.e., whether it is as safe or safer than human-operated vehicles. It found that autonomous vehicles would have to be driven hundreds of millions of miles and, under some scenarios, hundreds of billions of miles to create enough data to clearly demonstrate their safety. Therefore, alternative testing methods must be developed to supplement on-the-road testing. And in parallel to creating new testing methods, it is imperative to develop regulations and policies that can evolve with the technology.

Drug policy is on the agenda across the nation as the federal government and state officials confront questions about classification, legalization, and medical use of marijuana. Policymakers and members of the public are asking, Should we legalize marijuana? If we legalize, what in particular should be legal? Just possessing marijuana and growing your own? Selling and advertising? If selling becomes legal, who gets to sell? Corporations? Co-ops? The government? What regulations should apply? How high should taxes be? Different forms of legalization could bring very different results.

RAND researcher Beau Kilmer provides insight into these questions in the second edition of Marijuana Legalization: What Everyone Needs to Know (available upon request for congressional staff). The authors discuss what is happening with marijuana policy (within the United States and abroad) and describe both the risks and the benefits of using marijuana without taking sides in the legalization debate. They detail the potential gains and losses from legalization, explore the “middle ground” options between prohibition and commercialized production, and consider the likely impacts of legal marijuana on occasional users, daily users, patients, parents, and employers — and even on drug traffickers.