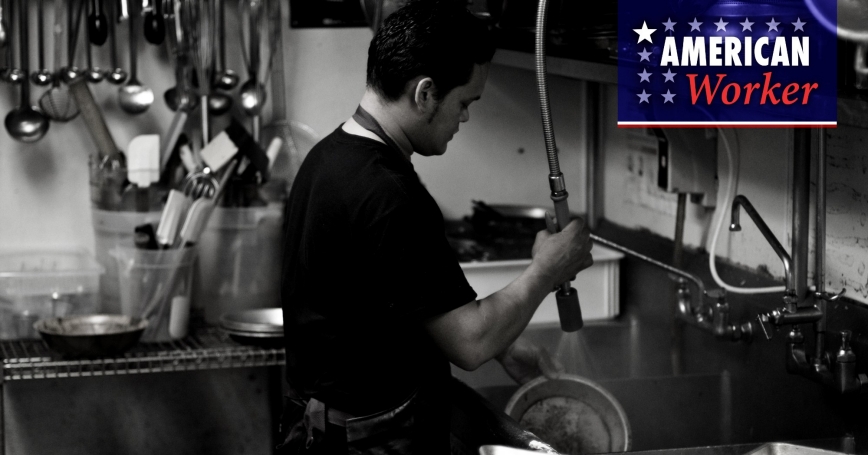 Once relegated to the political fringe, economic inequality is now discussed and debated on both sides of the aisle. While the high and growing level of inequality supports the increased attention, the rhetoric and policy frequently focus only on the very rich or the very poor, which misses the point that inequality is a matter of comparison across the whole distribution. For the last 40 years, income growth has been increasingly concentrated at the top of the distribution, but this focus misses the experiences of the average American worker and how inequality may affect the full spectrum of workers in the future.

From the post-World War II period up to the 1970s, American workers saw their earnings grow at about the same pace that the overall economy grew, but this pattern has not held for the last 40 years. In fact, from 1980 to 2014, while real economic output per hour worked has grown by about 1.5 percent per year on average and the average income for the top one percent grew by 2.9 percent per year, growth in the median compensation per hour, which is the average worker's wage, has barely been distinguishable from zero. This grim trend may be offset in part by advancements in the quality of goods—think 1980s rotary phone versus today's iPhone—but the bottom line is that, for a variety of reasons (PDF), workers do not benefit from today's economic growth in the same way as in the past.

If the trends driving the rise in inequality continue, the landscape for American workers will look very different. A 30- or 40-year-old baby boomer without a college degree could still have expected a middle-class income, but the earnings gap between high school graduates and college graduates has steadily grown with each generation. Higher competition in manufacturing, in part associated with trade with China, has pulled down wages and employment for workers without college degrees. Unfortunately, even if manufacturing were to come back to the United States, increased automation would replace much of the need for new labor. Barring some significant unforeseen economic change, workers with only a high school degree will be largely cut off from the middle class.

Those with high-demand skills have been moving higher into the upper middle class. College graduates with less competitive skills have not.

The period from 1950 up to the early 2000s looked pretty good for college graduates, but as educational attainment has increased, even a college degree does not ensure a good income. The debt burden associated with attending college, particularly for-profit colleges (PDF), puts some college graduates in a worse financial position than they would have been without pursuing a degree. Furthermore, just as the nature of jobs for high school graduates has been changing due to consolidation, trade, and technology, the quality of employment for college graduates is beginning to shift. For example, technology and competition have been disrupting the legal profession, narrowing a pathway to the upper middle class. While technology reduces demand for some college graduates, it simultaneously makes others, most notably those with STEM degrees, more efficient and therefore better paid. This type of churn in the nature of middle-class employment, referred to by economists as skill-biased technological change (PDF), has contributed to a spreading out of the middle class: Those with high-demand skills have been moving higher into the upper middle class and those college graduates with less competitive skills have not.

For American workers, the effect of rising inequality has varied by the level of education. Those with only a high school degree have been on the losing side of inequality as they have been gradually pushed out of the middle class over the last 70 years. While those with a college degree have fared better on average, this is a case where the average masks the true story because of rising inequality. Promoting additional education, both in quality and quantity, is one of the more popular approaches to tackling inequality, but the trends among college graduates indicate the limitations to that approach. Recent RAND research has identified a set of policies to push back against some of these headwinds, but policymakers and researchers have a lot to do to alleviate problems associated with rising inequality and the American worker.

Carter C. Price is a mathematician at the nonprofit, nonpartisan RAND Corporation.