Do Economic Ties Limit the Prospect of Conflict? 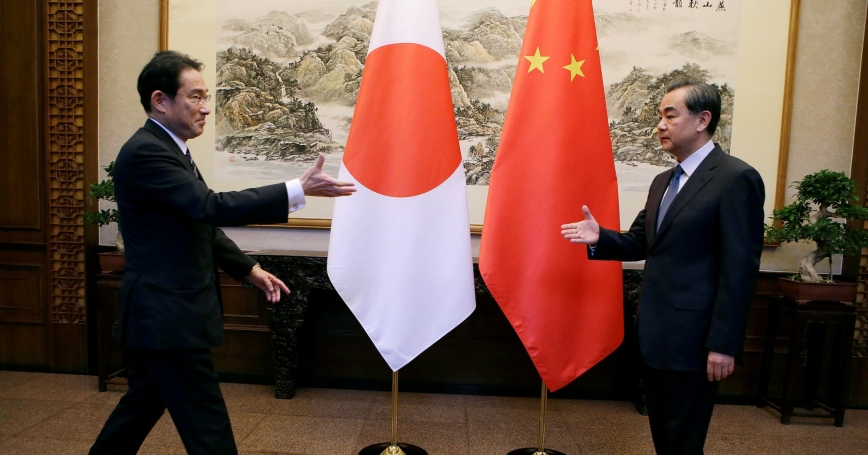 In the past decade, Sino-Japanese ties have progressively deteriorated over opposing claims to islands in the East China Sea to the point where some analysts have begun to worry about the possibility that China might initiate a conflict with Japan. Other experts have suggested that economic links between the two countries would prevent a war. While it is likely correct that economic ties provide strong disincentives for conflict, it is also true that such linkages are not the only, or even the most important factors, in policymakers' minds.

Chinese policymakers are likely to ask themselves three questions: Do we need to fight? If we fight, can we win? And third, what will the costs be? Disturbingly, none of the answers to these questions are currently trending in a positive direction.

Since the Tiananmen Square massacre of 1989 and the end of the Cold War discredited its communist ideology, China has cultivated a sense of wounded nationalism focused on the country's suffering at the hands of Imperial Japan in WWII to serve as a legitimating ideology. Simultaneously, as China has grown stronger economically and militarily over the past 35 years, it has become markedly more assertive internationally, a trend that has deepened since Xi Jinping took power in 2012.

Internally, Xi has cultivated a tough-guy image and purged his political rivals, creating an environment where it serves Xi's interests to appear tough on Japan. Externally, Xi's push for a greater role in defining regional order includes building a stronger military to press China's expansive claims to maritime features and waters long occupied by other states, a development that puts the Senkakus squarely in the cross-hairs.

The Senkakus have been a source of tension since 2010 when a drunken Chinese fishing boat captain rammed two Japan Coast Guard vessels and was detained. In response, China cut off official contacts, cancelled tour groups, arrested Japanese nationals inside China, and blocked exports of rare earth elements to Japan.

Tensions flared again in 2012 when Japan nationalized three of the islands. Beijing launched a global campaign to condemn Tokyo and followed this up by dramatically increasing its intrusions into the waters around the islands. It also unilaterally announced an air defense identification zone that extended over the Senkakus, and its military and coast guard have taken additional actions that appear intended to escalate the risks of accidental collision or conflict.

In response, Japan has devoted additional coast guard assets to the Senkakus, repositioned military forces in the Southwest Island Chain, and in 2014, welcomed a statement by President Barack Obama that the U.S.-Japan mutual defense treaty applies to the Senkakus. In 2015, the allies issued new defense guidelines to plan for the possibility of “gray zone” contingencies that might occur if China were to send paramilitary forces or armed fishermen to seize the Senkakus.

To date, China's efforts to challenge Japanese control over the Senkakus have not led to war in part because China knows that its military forces cannot win against the combination of Japan and the United States. But precisely because of this, its military leadership continues to explore ways to split the allies and neutralize their military advantages.

Turning to the question of economics, Chinese trade and investment linkages with Japan are substantial, but they have been declining in recent years, making them less of a constraint on policymakers than in the past. When China was poorer and Japan was giving it substantial development assistance, the countries' trade and investment ties were of much greater importance to Beijing. Today, with China moving up the value-added chain into competition with Japanese firms (in part through the theft of intellectual property, such as Japan's high-speed rail technology), economic ties are less of a constraint on conflict than in the past.

For Japanese firms, the China market is still attractive, but since the Senkakus crisis of 2012, Japanese investment into China has plunged approximately 33 percent, as firms look to diversify their investments away from China. Rising wage levels in China also help reinforce its image as an attractive market but a less appealing production site. The Japan External Trade Organization reported that two-way trade plummeted by nearly 12 percent in 2015 to just over $300 billion. Japan's 2015 imports of roughly $160 billion of Chinese goods represent just 6 to 7 percent of China's overall exports of $2.27 trillion, a figure that is probably too small to represent an insuperable barrier to conflict.

Looking ahead, a June 2016 CSIS-Nikkei survey of more than 2,800 Japanese business employees found more than 77 percent of respondents expected the importance of China as a production venue for their firms to decline in the future, while over 60 percent anticipated the importance of the China market for their company to shrink as well. These current and anticipated reductions in economic ties could further reduce China's reluctance to initiate an armed conflict with Japan.

The two countries are also at loggerheads over questions of regional economic architecture. China's efforts to set up the Asian Infrastructure Investment Bank as a rival to the Japanese-led Asian Development Bank provide a further fillip of tension. And Beijing, for its part, has at times implied that it regards the U.S.-Japan effort to push through the Trans-Pacific Partnership (TPP) agreement as a form of economic containment directed at China. Perhaps unsurprisingly, given all these tensions, the proposed China-Japan-Korea free trade agreement that would link the countries more closely economically remains stalled.

In conclusion, China's domestic politics incentivize its leadership to confront Japan over the Senkakus as a way to bolster the Chinese Communist Party's leadership domestically and drive a wedge between the United States and Japan. While to date, China has been constrained by the strength of the U.S.-Japan alliance, Xi Jinping's calls to build a military that can fight and win wars suggests that the Chinese leadership will continue to seek ways to overcome their current military inferiority. And unfortunately, the economic ties that bind China and Japan together are no guarantee that conflict won't occur. Moreover, the two countries' economic links are trending downwards, suggesting a potential further erosion of the economic constraints on war. For these reasons, ensuring the continued strengthening and deepening of the U.S.-Japan alliance has emerged as a key pillar of U.S. and Japanese foreign policies in recent years, a trend likely to continue for as long as China seeks to challenge the status quo in the East China Sea.

This commentary originally appeared on The Cipher Brief on August 9, 2016. Commentary gives RAND researchers a platform to convey insights based on their professional expertise and often on their peer-reviewed research and analysis.