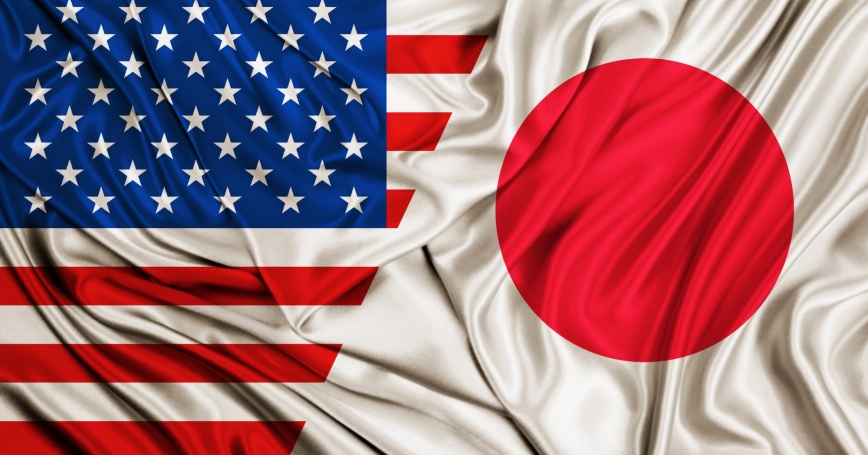 The threat environment in Northeast Asia has been shifting in recent years as China's military modernization and assertiveness, North Korea's nuclear and missile provocations, and Russia's turn towards hostility against the United States are fueling a rise in the risk of armed conflict between major powers. Confronting threats as varied as ISIS, al-Qaeda, Iran, and Ebola, some might wonder if the United States has the resources and will to stay engaged and shape the future of security in the Asia-Pacific, including offering extended deterrent guarantees to its Japanese, South Korean, Filipino, Australian, and Thai allies. Others are asking whether U.S. allies are even worth defending. Are they?

I believe that the answer is yes, the United States has the resources to shape the future of the Asia-Pacific, and yes, its allies are worth defending. To abandon U.S. alliances would not only be more costly but also ultimately make America less safe at home. While U.S. defense budgets will remain constrained for some years to come, the U.S. military still retains very substantial hardware, training, doctrinal, operational experience, and human capital advantages. In addition, the United States enjoys the support of major allies who provide basing and access, logistical support, and critical enabling capabilities that ultimately make them important force multipliers for the defense of the U.S. homeland as well as its overseas interests and core values.

To abandon U.S. alliances would not only be more costly but also make America less safe at home.

As the largest status quo power allied with the United States in East Asia, no country plays a more important role than Japan in supporting the rule of law-based international order. If the United States wants to meet the challenges posed by increasingly well-armed, hostile and autocratic governments bent on intimidating the free world, it needs to continue to broaden and deepen its defense cooperation with Japan and states like it. Below I suggest four urgent priority areas for continued improvements: planning and joint training for a variety of contingencies; additional types of military hardware to bolster deterrence; addressing the basing of U.S. forces in Okinawa; and closer cooperation on innovative thinking about deterrence and war-fighting concepts.

To date, the two allies have taken a number of important steps both separately and together, but much more work remains to be done. Japan, under Prime Minister Shinzo Abe, has reinterpreted Article 9 of the Japanese Constitution to engage in collective self-defense. The Abe administration has also established a National Security Secrets Act; set up a National Security Secretariat to assist with decisionmaking; lifted restrictions on defense exports; shifted the focus of defense planning scenarios from a ground invasion from the north to an air and naval threat from the southwest; and increased the country's defense budget to approximately $40 billion. It has added critical hardware to the inventory of its Self-Defense Forces, including RQ-4 Global Hawk high-altitude Unmanned Aerial Vehicles (UAVs), MV-22 Osprey tilt-rotor aircraft, and advanced F-35 Lightning II fighters. Tokyo has also inducted helicopter carriers into the Maritime Self-Defense Forces, brought on-line new P1 maritime patrol aircraft, and expanded its submarine fleet from 16 to 22 boats, all while developing a 4,000-man rapid reaction amphibious capability and emplacing radar and anti-ship cruise missiles along the coasts of remote islands in the country's southwest. In November 2015, it announced plans to send 500 Ground Self Defense Force troops to one of these islands, Ishigaki, and in March it activated a radar station on another, Yonaguni Island, to be staffed by 160 Ground Self-Defense soldiers. Both islands are close to the Senkakus that China claims and is seeking to undermine Japanese control over. Ultimately, Tokyo plans to station approximately 10,000 troops across the southwest islands chain to meet this threat.

For its part, in 2011 the Obama administration announced that it would “rebalance” to the Asia-Pacific region (PDF), a policy whose military component aims to create a more geographically distributed, operationally resilient, and politically sustainable force posture across the region. The United States is also improving the capabilities it forward deploys in Japan, and has moved up many of its most advanced capabilities, including the F-22 Raptor, MV-22 Osprey tilt-rotor aircraft to replace the more dated CH-46 Seaknight, an additional AN/TPY-2 radar, Global Hawk UAVs, and P-8 maritime patrol aircraft for submarine tracking. In late 2015, the 7th Fleet replaced the aging USS George Washington with the much newer USS Ronald Reagan aircraft carrier.

Bilaterally the allies have also taken important steps together. During his 2014 trip to Japan, President Obama noted that the United States would regard an attack on the Senkakus as triggering Article 5 of the U.S.-Japan mutual defense treaty. Following this, in April 2015, the United States and Japan signed new defense guidelines (PDF) that establish the basis for more effective coordination between the allies, including by establishing a new bilateral planning mechanism, an alliance coordination mechanism, and beginning discussions about cooperation in gray zones at sea, in outer space, and in cyberspace. And in December 2015, Tokyo agreed to increase its annual contributions in support of U.S. forces stationed in Japan, promising up to $8 billion over the next five years. The Department of Defense has calculated that this makes Japan the cheapest nation in the world in which to station U.S. forces, cheaper even than bringing them back to the United States…

Scott W. Harold is associate director of the RAND Center for Asia Pacific Policy, a political scientist at the nonprofit, nonpartisan RAND Corporation, and a professor at the Pardee RAND Graduate School.

This commentary originally appeared on The National Interest on August 12, 2016. Commentary gives RAND researchers a platform to convey insights based on their professional expertise and often on their peer-reviewed research and analysis.