Eliminating Jobs or Strengthening the Economy? The Impact of Trade Policies on the American Worker 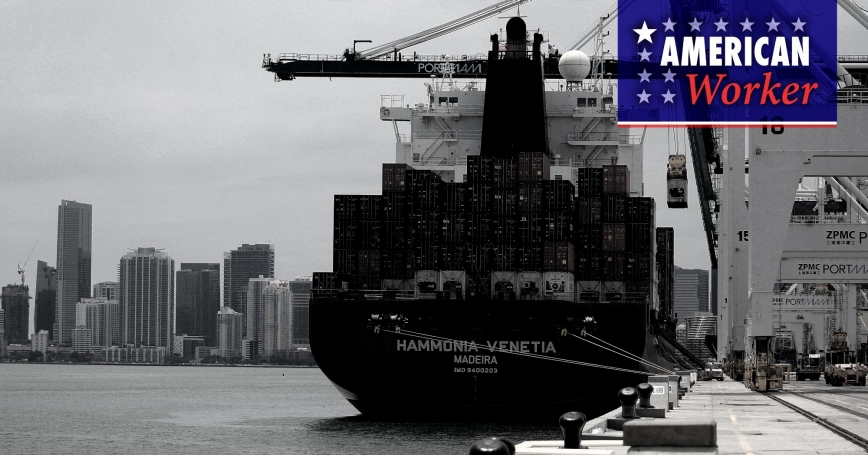 A ship is unloaded using Super Post Panamax cranes in Miami, Florida, May 19, 2016

“Forty years ago, the doctrine of free trade seemed to be triumphant … Slowly but steadily the current has been reversed.”

This is not a quote from the heated debates of the present political cycle but from a speech delivered in 1905 by Frank W. Taussig, then president of the American Economic Association. Free trade—the relatively unhindered movement of goods and services across national borders—stirs passions in a way few other economic issues do.

The U.S. and world economies have rapidly globalized since the end of World War II, picking up speed with China's early opening under Deng Xiaoping in the late 1970s, building in the 1980s when Latin America changed from inward-focused economics to greater openness, and then accelerating in the 1990s with the start of Indian economic reforms, the end of the Soviet Union, the freeing of Central and Eastern Europe, and China's recommitment to reform and globalization in 1992.

This means that more than half the people living in America have spent or will spend their entire working lives in an era of global openness. Most American workers will spend their careers in labor markets where foreign companies may be able to provide the same products and services more cheaply, putting U.S. jobs at risk, but also where foreign companies may be able to provide inputs more cheaply and where there are more foreign consumers and businesses who can buy American goods and services, bringing benefits to U.S. jobs.

Much of this globalization would have taken place naturally, due to domestic policy changes around the world, economic growth, and changes in technology making trade and investment easier.

But some has been fueled by international agreements, including the creation of multilateral trading rules and institutions and more recently of bilateral and multilateral agreements. There are more of these deals slated for the future, including the recently concluded but not yet approved Trans-Pacific Partnership (TPP), the under-negotiation non-U.S. Regional Comprehensive Economic Partnership, and other so-called mega-regionals.

And now, once again, trade has come under fire for its effect on the American worker. There is no denying that there have been effects. More than 20 years ago, it was recognized that U.S. trade with lower-wage countries could depress the wages of lower-skill workers and move people out of manufacturing.

As people lose their jobs, they face other costs, such as the costs of searching for a new job, paying for retraining, taking a lower salary, or suffering family or psychological stress. These costs can be considerable to individuals and communities, and the government as well.

Most of the evidence is that under most conditions, trade has little effect on the overall number of jobs.

The consequences for particular industries—namely manufacturing—are widely agreed. What's less settled is the effect on the overall job market, specifically the number of jobs available. Most of the evidence is that under most conditions, trade has little effect on the overall number of jobs. In fact, a recent U.S. International Trade Commission analysis of the likely effects of the TPP found that by 2032, the agreement would increase overall employment by only about 128,000 jobs, or 0.07 percent of all jobs.

A variety of other policies also have important effects on the labor market. Furthermore, the effects of trade on jobs pale in comparison to technological change (a long-time finding), as well as other factors combined, such as changing demand for products and even regulation. In fact, manufacturing jobs are on the decline worldwide.

But if there are negative effects, and no large increases in employment, why pursue open trade and investment policies? Because there are a variety of benefits, and they are enormous. These include increased economic growth, stemming from larger product markets and boosts to productivity; more varieties available to industry and consumers; and lower prices. These lower prices can bring large benefits to people at the lower end of the income distribution, who have limited incomes and gain from being able to buy clothing and other necessities at lower prices.

Furthermore, for the United States, such policies tend to shift the labor market toward demand for higher-skill jobs, increasing wages for those who can take advantage of the opportunities and increasing overall national wealth. In fact, the TPP is designed to do just that, increasing the opportunity for both U.S. agriculture and high-skill service sectors to sell abroad.

So openness to trade and investment benefit the overall economy as well as many people, even if those benefits are often spread unevenly among them. However, some workers are hurt. That is why economists have consistently recommended policies complementary to open trade and investment, such as training programs and assistance, relocation assistance, wage insurance, and other forms of trade adjustment help. Some programs exist in the United States. However, evaluations of their performance have indicated that the results have been poor. But economists have recommended policies beyond trade adjustment assistance, and in other countries, such policies have proven effective during most normal economic times, but whether they are effective during periods of crisis is not as certain.

Free trade will always be politically contentious. As the economist Lawrence Summers notes, “… this problem of invisible beneficiaries and very visible losers is one that bedevils the political economy of trade.” The policy challenge for any administration is to help American workers displaced by trade—or by technological or regulatory changes—in an effective manner without losing the overall benefits of open trade.

Howard J. Shatz is a senior economist at the nonprofit, nonpartisan RAND Corporation; director of RAND-Initiated Research; and a member of the Pardee RAND Graduate School faculty.