Emergencies: France, Mali, and Turkey Are Playing with Fire 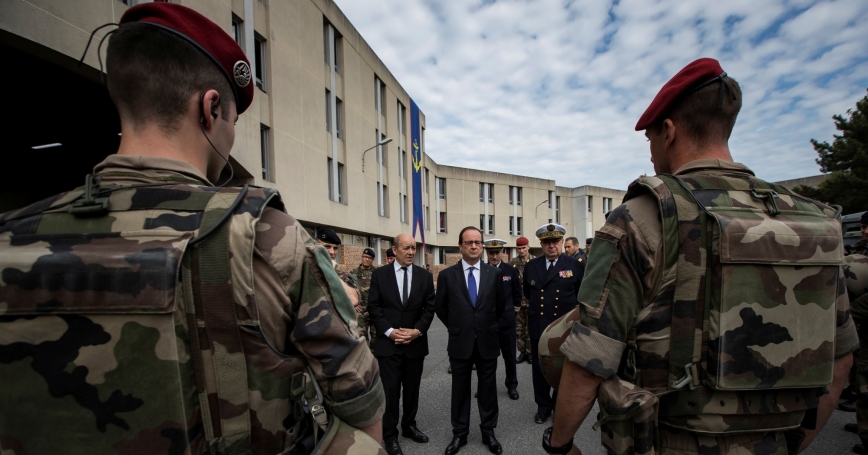 Lost in last month's headlines is the fact that the democratically elected leaders of three countries close to the United States and important for its security strategies—France, Mali, and Turkey—have declared (or in France's case, extended) formal states of emergency.

All three states cited good reasons for doing so: France and Mali were responding to terrorist threats, while Turkey is contending with a failed military coup. The embrace of what the French refer to as “exceptional measures” reveals much about the kinds of states these are. All are playing with fire but each one risks getting burned in a different way. In Turkey's case, that appears to be the whole point.

France and Mali, besides sharing a terrorist threat, have two things in common regarding their states of emergency. The first is that their states of emergency reflect not power, but powerlessness. France does have a highly effective and sophisticated security apparatus. But the French state is struggling in the face of virtually random terror carried out by individuals who are at once too few and too many to be identified and stopped.

There are too many potential terrorists but too few of them boast dossiers so compelling as to stand out as particular threats. This is not for lack of trying. Since France first declared a state of emergency in 2015 it has arrested and detained several hundred people. While being of debatable value, these arrests risk of antagonizing the very populations whose cooperation and integration the nation requires if it is to prevail. There are growing calls in France for even more extreme measures that almost certainly will increase that risk and foster harmful divisions between “us” and “them.”

Moreover, while French President François Hollande intends no harm to French democracy and still faces numerous checks against state power, the longer France's state of emergency continues, the greater is the potential those checks will be weakened or the possibility of abuse of power. France's terror problem, after all, is likely to outlast Hollande. Whoever succeeds him almost certainly will feel significant public pressure to be “tough on terror.”

Mali faces comparatively greater security threats than France but its security services are, generally speaking, inept. The fruits of Malian efforts—namely the arrest and detention of thousands—are debatable to say the least. What is not is the risk of alienating an increasingly fragmented population and tearing apart what remains of the fragile goodwill and sense of unity that holds Mali's ethnically, linguistically, and racially diverse society together. Indeed, Mali's security forces are far more successful at antagonizing communities and fostering insecurity than they are in providing security.

This is a major problem for Mali's terrorist problem overlaps with, and in many cases is synonymous with, an insurgency, or rather several insurgencies. The future of the country depends in large measure on the legitimacy of the Malian state. Needless to say, Mali's democracy is far from robust—it suffered a military coup only four years ago. An extended state of emergency does not help. President Ibrahim Boubacar Keïta, like Hollande, appears uninterested in becoming a dictator. However, autocratic practices can be hard to roll back, and Keïta is far from being the only actor in Malian politics.

Turkey represents a sharp contrast to both France and Mali. Turkish President Recep Tayyip Erdogan has at his disposal a potent security apparatus that compares with France's. He has far greater powers under a state of emergency and faces fewer checks against his power. He has enacted sweeping measures intended to quash political opposition, and allegations of human rights abuses are proliferating. Hollande and Keïta, while responding to real threats, are risking democracy while Erdogan appears to be targeting democracy and using the recent failed coup as a pretext.

Taken together, these three cases of states of emergency are bad news. France and Mali are confronting head-on the conflict between security and democracy that terrorism and insurgencies generate; and their struggles with security bode ill for all other countries that face similar problems. Turkey faces different problems: the fragility of democratic values and profound instability in a nation that America would prefer to be a regional pillar of stability.

Michael Shurkin is a senior political scientist at the nonpartisan RAND Corporation.

This commentary originally appeared on Breaking Defense on August 15, 2016. Commentary gives RAND researchers a platform to convey insights based on their professional expertise and often on their peer-reviewed research and analysis.