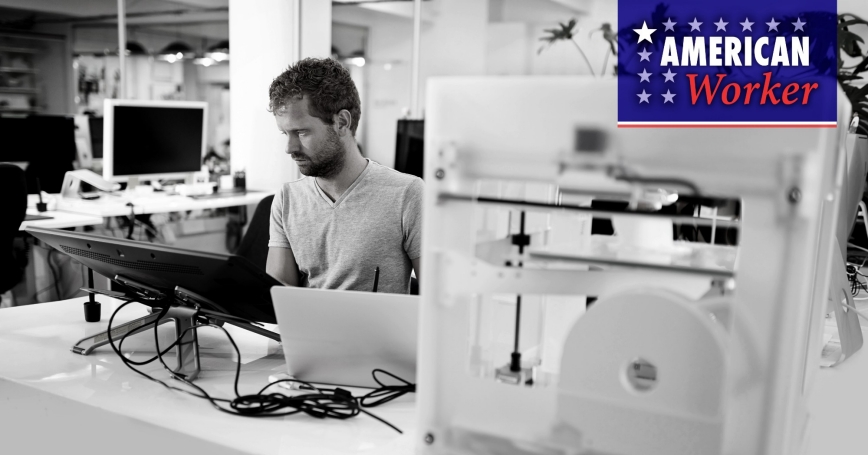 A man working at a 3D printer

by Lynn A. Karoly and Krishna B. Kumar

In 2004, RAND researchers produced a report on work in the 21st century and identified three trends with important implications for the future of work: a shifting demography toward older workers, more women, and more diversity; continuing technological change that would increase demand for skilled workers across a wide array of industries and occupations; and increased globalization in sectors hitherto shielded from trade creating both winners and losers in the labor market.

As the authors anticipated, these forces have shaped the world of work in the last decade and will continue to do so for the foreseeable future. In terms of demographics, U.S. Census Bureau projections (PDF) show that the population will still continue to grow, but at a slower rate than in the past as a result of declining fertility and a slowdown in the pace of immigration. Consequently, the U.S. Bureau of Labor Statistics forecasts a labor force that will expand at a much slower pace than in past decades (just 0.5 percent per year between 2014 and 2024). By 2024, the labor force will also be older, 47 out of 100 workers will be women, and a rising share (40 percent by 2024) will be of racial and ethnic minorities. Persons age 55 and older are the only age group with an expected increase in their labor force participation rate, continuing a trend that has been underway since the early 1990s.

The latest research (PDF) on globalization and technological change has painted a more nuanced picture. Trade competition, for example rising imports from China, has reduced manufacturing employment across the board, but especially jobs held by workers who do not have a college degree. Computerization (a highly pervasive form of technological change), by comparison, has had little effect on overall employment but has polarized the occupational mix, with gains in jobs that require college education and abstract skills, as well as jobs comprising primarily manual tasks that have lower educational requirements. Automation of routine manufacturing jobs and routine clerical jobs in all sectors has reduced employment in these middle-skill occupations.

The RAND study also identified a number of implications for the future of work based on the interactions of these forces. It foresaw that the employer-employee relationship would become less standardized and more decentralized. Indeed, recent research (PDF) based on a survey conducted on the RAND American Life Panel shows employees in alternative work arrangements—temporary help workers, on-call workers, contract workers, and independent contractors or freelancers—have grown to 16 percent of the workforce from 10 percent a decade ago and this increase occurred in varied industries. Inclusion of other self-employed workers, as well as those working part-time, would likely expand the share of the workforce in employment other than full-time wage and salary employment. While this trend has the potential to increase flexibility in the labor market, one consequence is that a growing share of the workforce is without some of the traditional benefits associated with standard employment arrangements such as access to employer-provided sick leave, health insurance, and pension benefits; job training and professional development opportunities; career advancement; and, to some extent, protection from business cycle downturns. Such workers then bear more of the responsibility for ensuring continuous employment, for determining their career trajectory, for insuring against risks of illness or poor health, and for ensuring financial security in retirement.

The rapid pace of technological change and the nature of global competition would place a greater emphasis on lifelong learning and retraining over the working life.

Another implication identified by the RAND study was that the rapid pace of technological change and the nature of global competition would place a greater emphasis on lifelong learning and retraining over the working life. Although trends in job tenure suggest stable or rising tenure for the workforce in the past decade, workers may still experience a need to acquire new skills to perform the same job or to advance to another job with the same employer. The report also predicted that in tight labor markets, employers will adopt approaches to accommodate more elderly, women, and disabled in the workforce. While there are protections in place for disabled workers, evidence on actual accommodations provided appears to be mixed.

The report asserted that wage dispersion would continue to widen, as technological change and globalization (among other drivers of rising wage disparities) created both winners and losers. A recent RAND report summarizing the trends on this front concludes that this is absolutely the case. In particular, median real wages for full-time male employees have been stagnant since the 1980s, while real wages at the bottom of the distribution have declined.

Much remains to be done on the policy front to address the challenges raised by the evolving trends. The slower growth of the labor force could be addressed by accommodating disabled workers and those transitioning to full retirement, as well as increasing subsidies for child-care and early learning programs so more parents with young children can work. Comprehensive immigration reform focused on increasing the skill mix of working-age immigrants is also important for addressing supply shortages. Institutions need to respond to the changing nature of employer-employee relationships and ensure portability of benefits such as healthcare and retirement saving vehicles. The Affordable Care Act and “secure choice” retirement initiatives in a few states are steps in the right direction.

The prospects for continued upgrading of skill requirements and global competition across a wide range of industries and occupations requires ensuring that the country's youth are receiving education and training relevant for the technology-driven global economy. To address the growing inequality in the workforce, training and other forms of transitional support for those of working-age who have lost from globalization and technological change is essential.

It is hard to imagine a stable scenario of growth and prosperity unless the issue of an uneven sharing of gains from the trends of demographic change, technological change, and globalization is addressed. Later blog posts in this series will delve deeper into the broad trends and challenges identified here, and the policy responses to address them.