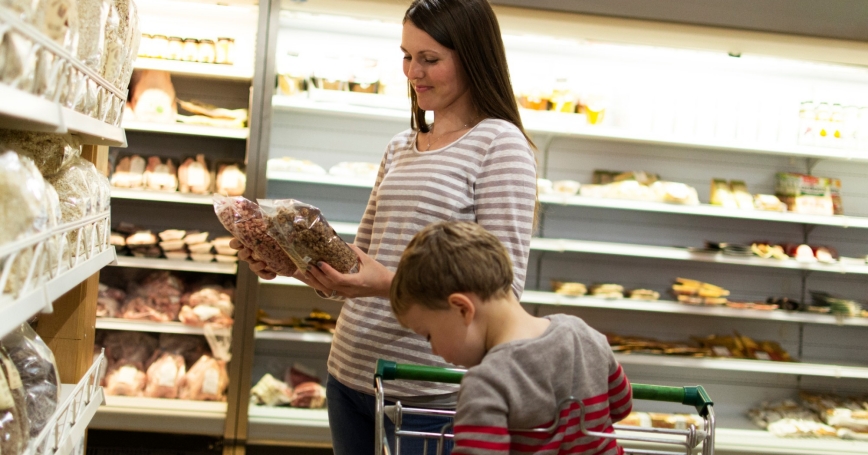 The new Food and Drug Administration guidelines for labels detailing Nutrition Facts are unlikely to make a significant difference in what most people choose to eat for one simple reason: The average consumer does not treat food shopping as a research project. Shopping is a habitual behavior with most decisions made in less than a second, far less time than it takes a consumer to locate, read and process the detailed information on the label.

Although good intentions led to the new label rules, it is highly unlikely that the new design will substantially upgrade the quality of the American diet. If anything, they may widen disparities in dietary health, because informational approaches favor individuals with a higher level of education and greater financial resources. People who are economically stressed have a harder time processing such complicated information, research has shown.

Instead, choices in the grocery aisle are cued by a variety of factors (PDF) that have little to do with information about micronutrients, including placement (eye level, end of aisle or in a promotional display), color of the packaging and images used on it, pricing, discounts and what the consumer is in the habit of buying.

Despite an increasing amount of research on decisionmaking and behavioral economics, the findings used to inform the design of the new Nutrient Facts label were limited and incomplete. Research on food choices is typically conducted using surveys or in artificial settings with people who are not food shopping — such as college students, recruits found via the internet or even attendees of basketball games. These research designs do not include all the complex stimuli and distractions that people have to navigate every time they shop. Research has shown that a shopper's choice can be influenced by the time of day, how tired or hungry they feel or whether fidgety children are in tow.

The first overhaul of nutrition labels in more than 20 years includes such changes as listing “added sugars” and removing “calories from fat.” One of the more controversial changes is the adjustment of serving sizes to reflect what Americans actually eat instead of what they should eat. The increase in portion sizes could potentially have negative consequences.

For example, a serving of ice cream will grow from one-half cup to two-thirds of a cup under the new standards. Will this upsizing lead people to eat more or less ice cream? Critics have expressed concern that it would increase consumption by creating a new norm, but the FDA says that making more realistic calorie information available will help consumers limit what they eat. But in truth, no one really knows how this change will play out, since the label changes have not been tested in a real-world setting.

Research has shown that the point of purchase (PDF) is the most important risk factor for diet-related chronic diseases. At the checkout counter, people are challenged to either follow through on their long-term goals to stay healthy or tempted by impulse-marketing strategies to buy and consume junk foods that can lead to weight gain and increased risk of hypertension, diabetes and cancer.

Even those dedicated to a healthy diet can often be undermined by point-of-purchase marketing intended to disrupt cognitive, thoughtful decisionmaking and promote instant gratification. Because people usually lack insight into how marketing practices interfere with their ability to make good food choices, regulators need to conduct careful research to learn how to protect consumers from such subliminal shopping hazards.

To accelerate improvements to the American diet, the U.S. government should invest in efforts aimed at doing research in authentic shopping environments. A series of experimental retail outlets could be created where scientists in many regions would have the opportunity to manipulate the various factors that influence what people buy. Supermarket chains already do this with an eye toward increasing profit, rather than improving health — and don't share the findings, saying they are proprietary.

To improve dietary health, a number of these experimental grocery stores could be established that could provide health researchers with detailed information about consumers' purchases and simultaneously allow scientists to survey these shoppers about their diets and perceptions of their purchasing decisions.

Identifying the risk factors that reduce healthy choices, along with protective factors that increase them, in a food retail environment is key to solving America's dietary difficulties. Only then can standards and regulations — and more informative nutrition labels — be developed that will work in the consumer's favor, and not against it.

Deborah A. Cohen is a senior natural scientist at the RAND Corporation, and the author of “A Big Fat Crisis: The Hidden Influences Behind the Obesity Epidemic — and How We Can End It.”

This commentary originally appeared on Fox News Channel on August 19, 2016. Commentary gives RAND researchers a platform to convey insights based on their professional expertise and often on their peer-reviewed research and analysis.