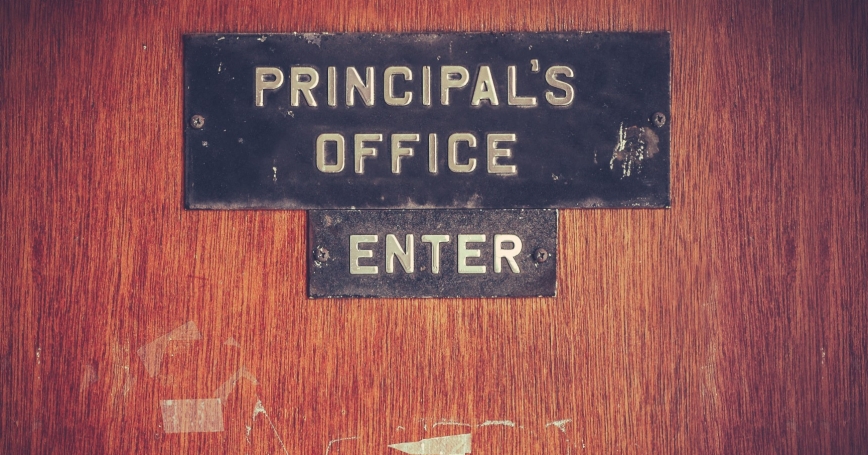 Until recently, little was known about how much support principals in the United States receive to be effective “instructional leaders,” a buzz phrase in the K-12 education community that refers to the important role principals and other school leaders can play in student learning.

A national survey has provided rare insight on the topic, showing that mentors and supervisors of school leaders do provide feedback focused on principals' role in teaching and learning, although the amount given varies. Principals in small districts receive much less support on this front than those in larger districts, according to the survey, which was funded by the Wallace Foundation.

The survey was conducted at the close of the 2014-15 school year using the RAND Corporation's American School Leader Panel, a nationally representative sample of school leaders across the U.S. that periodically provides perspectives on key education policies and issues.

In addition, a recent review by RAND researchers of literature on the topic identified a number of studies that demonstrate that school leaders can boost student achievement when they are focused on supporting and improving classroom instruction. The review also pointed out that the Every Student Succeeds Act, which was signed into law in December, expands opportunities for states and districts to use federal funding for initiatives to improve the quality of school leaders. The American School Leader Panel survey made clear that some principals have greater access to those opportunities than others.

What is sometimes glossed over in conversations about instructional leadership is that it can be exceedingly hard to do well. Principals have a dizzying number of administrative responsibilities and then are expected to play a key role in the teaching and learning that happens at their schools across all subjects and grade levels. To be strong instructional leaders, principals need to be given the necessary tools and support. They need mentors and supervisors who will provide consistent feedback on how the principals can support teaching and learning at their individual schools—recurring professional development that will provide them with concrete strategies for improving instruction.

State policymakers and district administrators, as well as regional educational service agencies that support networks of districts, need to find ways for school leaders in smaller districts to receive the same strong, instruction-focused supports that their peers in larger districts do. Possibilities include growing and sustaining both online and in-person networks that provide ongoing and consistent supports for school leaders, as well as hiring more district and school staff beyond the principal to focus on supporting teacher instruction.

Since principals have been shown to be one of the most important factors in a student's educational success, the system needs to get better at helping principals accomplish their most important task—helping educators educate.

Julia H. Kaufman is a policy researcher at the nonprofit, nonpartisan RAND Corporation.

This commentary originally appeared on U.S. News & World Report on August 12, 2016. Commentary gives RAND researchers a platform to convey insights based on their professional expertise and often on their peer-reviewed research and analysis.