Promises and Pitfalls of Cannabis Taxes 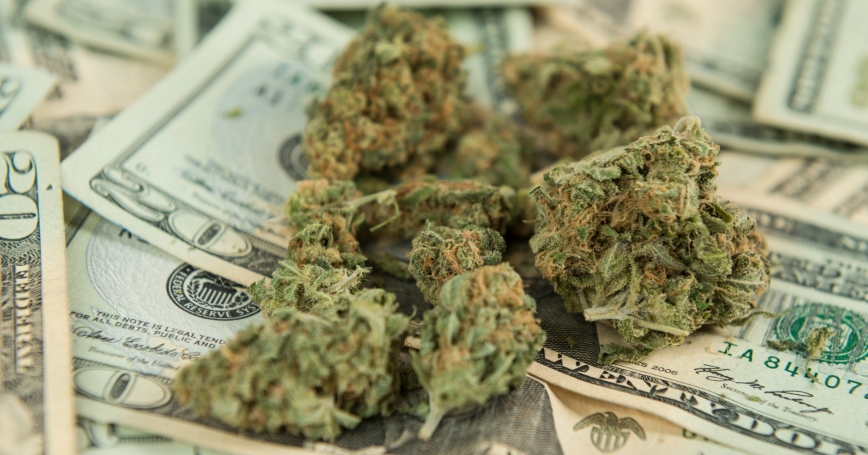 In less than three months, Californians will vote on legalizing production, distribution and possession of recreational cannabis. Tax revenues are central to that debate, but the really important question is not so much what taxes would be best today but how those taxes should evolve over time.

What many people don't realize is that even if voters reject Proposition 64, state and local officials will still need to deal with cannabis taxes because California's medical cannabis market is undergoing enormous reforms. The new regulatory regime is expected to start licensing for-profit firms to supply medical cannabis in 2018.

There are ongoing debates about whether and how to tax medical cannabis. While some argue that medicine shouldn't be taxed, others counter that much of the medical market product is not actually being consumed for medical purposes.

Both inside and outside of California, decisions about cannabis taxes are being made that will affect the size of the black market, government revenue and consumption.

Can I let you in on a little secret? No one knows the best way to tax either medical or recreational cannabis. Every option has trade-offs.

Consider a price-based tax such as 25 percent at the retail level. While it would be easy to implement, the effective tax per joint would decrease as the price declines — something expected to happen as competition, innovation and scale-economies push down costs.

Taxing by weight, say $2 per gram, would also be easy to implement, but it means low- and high-potency products face the same tax. This creates incentives for producers to sell more potent cannabis to minimize the tax per hour of intoxication. Some public health researchers worry that more potent cannabis is associated with more health problems, an issue that is the subject of serious debate.

One innovative option, suggested years ago by Rob MacCoun, a Stanford Law School professor, is to tax cannabis based on its power to intoxicate, such as levying a tax of $12 per gram of delta-9-tetrahydrocannabinol (THC, the cannabinoid most responsible for getting users high). To the extent being intoxicated increases the probability of harm, using taxes to control THC consumption could be a critical policy lever.

Of course, the THC tax would totally depend on the accuracy of cannabinoid testing.

Over time, insights will be gained about cannabis taxes as more jurisdictions liberalize their laws. Also, researchers will learn more about the various chemicals in the cannabis plant.

But policymakers at the state, county and city levels are making decisions about cannabis taxes right now. What should they do?

Given the uncertainty, it would be wise to avoid getting locked into a particular type of tax base or rate. What makes the most sense today may be far from ideal in five years. For example, if the primary goal now is to drive out the black market, it may make sense to consider phasing in taxes by initially keeping them low (possibly giving up some revenue) and increasing them over time.

If the cannabis industry ends up operating like the alcohol industry, lawmakers can expect to be strongly lobbied to keep tax rates low.

Flexibility in taxation is important, but it can be a double-edged sword in an environment with profit-maximizing firms. If the cannabis industry ends up operating like the alcohol industry, or for that matter almost every other industry, lawmakers can expect to be strongly lobbied to keep tax rates low.

The proposition Californians will consider in November requires the state Legislative Analyst's Office to recommend tax rate changes to the Legislature two years after implementation. Whether the Legislature will take action is another story.

One option to consider is creating an independent board or commission — with absolutely no industry ties — that would be in charge of setting and updating cannabis taxes. Another option would be phasing in a tax that would automatically change after a specified date. Hypothetically, for the first year it could be 10 percent of price at retail, the second year 20 percent, the third year 30 percent. After that, the tax could be based on THC content or by weight for cannabis products where THC remains difficult to measure.

Some may oppose setting cannabis taxes through an independent body because we don't do that for alcohol. But there is no law or principle dictating that jurisdictions allowing a new industry that sells an intoxicating substance be limited to what was done in the past. Furthermore, creating a better approach for cannabis — whether it is for taxation or other policies — could set a precedent that eventually could be carried over to alcohol.

Setting the cannabis tax should not be considered a one-time event. Smart jurisdictions will revise their decisions over time to incorporate new information about taxes, testing and the cannabis plant itself. Smarter jurisdictions will update taxes based on these data while not being influenced by those seeking to maximize profits.

Beau Kilmer is co-director of the RAND Drug Policy Research Center and co-author of the recently revised book “Marijuana Legalization: What Everyone Needs to Know,” (Oxford University Press, 2016).

This commentary originally appeared on San Francisco Chronicle on August 19, 2016. Commentary gives RAND researchers a platform to convey insights based on their professional expertise and often on their peer-reviewed research and analysis.