'Star Trek' at 50: How the TV Series Inspired a Boy to Become a Scientist 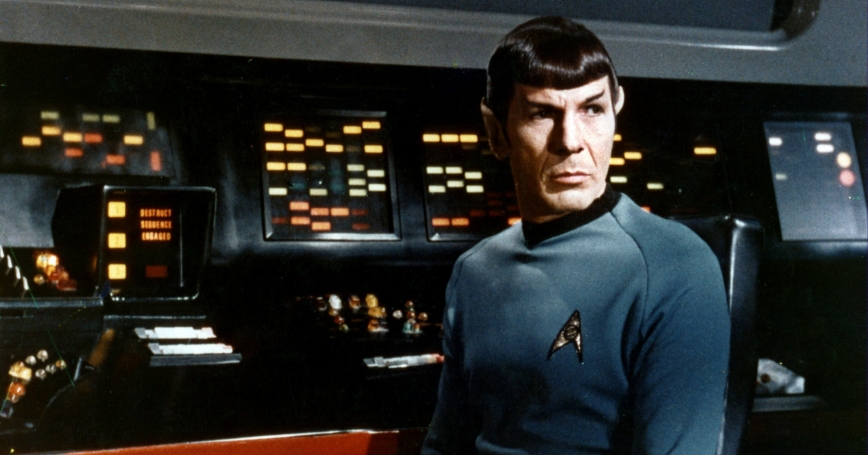 Photo by Tom Simpson/CC BY 2.0

Like “Star Trek,” I turn 50 this year. But that's not my only connection to the original television series. “Star Trek” inspired me to become a scientist, convincing me at an early age that science and the advancement of human knowledge could make the world a better place.

Like many people my age, I was transfixed by the futurism of “Star Trek” and the adventures of the Starship Enterprise. Part of the appeal was the action and exotic science-fiction elements: giant space amoeba, time travel, cloaking devices — even shape-shifting alien salt-vampires. (Like I said, I'm a lifelong fan.)

But part of what makes “Star Trek” so compelling has been a consistent commitment to a set of pro-social values. If an advanced alien species sets up some sort of bizarre test where the only way the crew could survive was by acting in some barbaric or murderous fashion, you could be darn sure that they would choose to die rather than betray their values, and they would make their stand exceedingly clear in a moral lecture to said advanced alien race.

Coupled with that unshakable moral commitment was an unsinkable optimism: In the “Star Trek” universe, all problems are solvable. Some predicaments were short-term, with plot-advancing solutions that relied on the ingenuity and competence of the crew. Other dilemmas were long-term, such as the Cold War-like hostilities between humanoid aliens the Klingons and the Romulans, but the show made clear that one day those same enemies would become our friends.

I wanted to be part of that world, one where the best intentions mattered and scientific knowledge was more important than military power.

I wanted to be part of that world, one where the best intentions mattered and scientific knowledge was more important than military power. But then math happened, as it does to many of us. As a high school student I thought my struggles with math meant I couldn't do science, and so I sought a different way to make a difference. I became a Marine, which ended up being a profoundly good experience for me.

But life takes strange turns, and at age 41 I enrolled in a doctoral program at Carnegie Mellon University. I found that scientists don't just count things — they describe them as well. I found that software could do a lot of the heavy math-lifting. And I found that there were places like the RAND Corporation, a research institution where scientists work in teams to do their part to make the world a safer, healthier, more just place for everyone — a description that sounds like something members of “Star Trek's” United Federation of Planets would recognize.

After I joined RAND in 2013, I was pleased and surprised to learn that I now shared another connection with “Star Trek,” because a RAND employee had been involved with the show years before the first episode aired on Sept. 8, 1966.

RAND researcher Harvey Lynn had served as a consultant to series creator Gene Roddenberry, brainstorming technical issues and contributing insights that helped shape such “Star Trek” signatures as the Enterprise's computer (he suggested that it talk, in a woman's voice), the sickbay (he suggested outfitting the beds with “electrical pickups” that monitor the body) and the transporter used for teleportation, series star William Shatner later recalled.

“Gene wanted authenticity and Harvey helped deliver it,” Shatner wrote in “I'm Working on That,” a 2002 book about the link between “Star Trek” scientific fact and fiction. An Air Force colonel who knew Lynn to be a “creative scientific thinker” had connected the series creator with the researcher, who consulted for “Star Trek” as a “private citizen, not as part of a RAND project,” a fact noted in the FAQ about RAND.

The back-and-forth documented in letters between Roddenberry and Lynn is serious, respectful and occasionally playful, much like the give-and-take between my researcher colleagues. After thanking Lynn for his detailed comments, Roddenberry wrote in 1964: “Any point you feel strongly about, please feel free to continue arguing.”

“Star Trek” and RAND also share a values connection because both are fundamentally about trying to improve the world. “Star Trek” makes the case that technological advancement, the accumulation of knowledge and our perfectibility and maturation as social beings can work together to ensure a better future. RAND's policy research aims to accomplish a similar goal by producing and synthesizing knowledge in an attempt to solve persistent problems around the globe. I think the 10-year-old me would be happy with my small role in this scientific galaxy.

William Marcellino is a social and behavioral scientist at the nonprofit, nonpartisan RAND Corporation and a professor at the Pardee RAND Graduate School.

This commentary originally appeared in Los Angeles Times on August 26, 2016. Commentary gives RAND researchers a platform to convey insights based on their professional expertise and often on their peer-reviewed research and analysis.