The High Cost of Free College 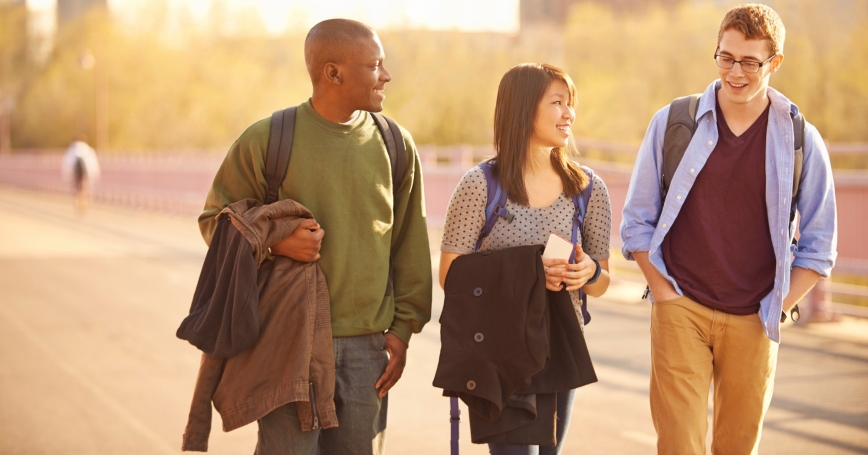 Democratic presidential nominee Hillary Clinton recently unveiled a proposal to offer tuition-free enrollment at in-state public colleges and universities for students from families making up to $85,000 annually, a figure that would increase to $125,000 by 2021. Budgetary implications aside, Clinton's proposal is a well-intentioned idea that would help ensure students have greater access to higher education in an era when net tuition and fees at public four-year institutions have risen by 74 percent since 1995. And tuition subsidies are known to increase enrollment, which is an admirable outcome.

But almost 30 years ago, then-Secretary of Education William Bennett warned that tuition subsidies may also encourage institutions to raise tuition, since the government would foot the bill. Research on what came to be known as the “Bennett Hypothesis” increasingly suggests the secretary was correct.

So how can we encourage institutions to avoid raising costs in response to increased tuition subsidies while also enabling them to take on an — ideally large — number of new students in a cost-effective manner? One answer may be the growing movement among policymakers, researchers and a cadre of nonprofit organizations — including the Lumina Foundation and the Bill and Melinda Gates Foundation — to develop and implement policies to encourage greater productivity from higher education institutions, that would include faster and more efficient completion of high-quality academic degrees and other credentials.

These organizations have pursued a variety of promising strategies such as reforming post-secondary developmental education and developing more seamless degree pathways for students, but a primary focus has been on working with state policymakers and key post-secondary stakeholders (such as students, faculty and employers) to better align state funding for post-secondary institutions with state goals of increasing educational productivity and efficiency — while ensuring quality is high.

Through such efforts, 32 states now allocate a portion of state funding for post-secondary education through “performance-based” funding models that reward institutions for productivity, efficiency and quality improvements, according to a recent report by the National Council of State Legislatures.

Importantly, this approach has the potential to improve access to post-secondary education and address the underlying reasons for rapid cost growth by encouraging institutions to focus on productivity. A primary reason for the upward cost pressure in post-secondary education is that the majority of institutions receive funding based on the amount of instruction they provide to students (known as “seat time”), giving schools little incentive to develop and implement more efficient and affordable pathways to credentials. By encouraging institutions to focus on these factors, states could save money — part of which could be returned to those institutions as an ongoing incentive.

While the productivity agenda has seemingly resonated more with such former 2016 Republican presidential candidates as Marco Rubio and Scott Walker, its core focus is the same as Clinton's plan: to ensure access to high-quality and affordable post-secondary education. Why not consider a dual-pronged approach that ties increases in federal tuition subsidies to efforts to improve productivity, efficiency and quality?

Such an approach would provide a tuition-free college education for students from lower- and middle-income families. But it would also help address the potential for tuition subsidies to drive up overall costs by encouraging institutions to be more efficient and productive. This would help reduce the public cost of the tuition subsidies and help keep tuition down for middle-class families whose incomes exceed the threshold for free college. Encouraging productivity also could help position institutions to shoulder the likely increase in enrollment that increased subsidies would bring.

Making college more affordable and accessible for more young Americans is an exciting prospect. But policymakers as well as potential presidents would be wise to remember the Bennett Hypothesis — and the need to pursue carefully designed policies that expand access while limiting the potential for cost growth.

Trey Miller is an economist at the nonprofit, nonpartisan RAND Corporation.

This commentary originally appeared on U.S. News & World Report on July 28, 2016. Commentary gives RAND researchers a platform to convey insights based on their professional expertise and often on their peer-reviewed research and analysis.