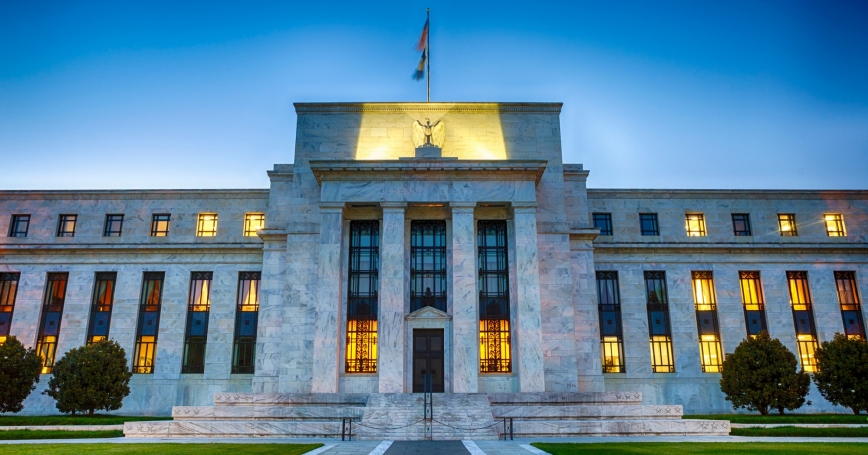 In the crowded annals of well-intended public policies whose unintended consequences are often perverse, a standout performer is aggressive monetary policy (AMP). Its perversities include effects on retirees, on income inequality, and on market stability both domestically and globally.

As conceived and practiced by the Federal Reserve (as well as by the European Central Bank in the eurozone), AMP has two parts:

What are the unintended perverse effects of AMP?

Nearly 50 percent of retirees over 65 years of age derive some income from their previously accumulated savings. The average of this savings-derived income is negligible—a mere $300–$500 dollars annually. However, at normal market-based rates, that income would be $1,200–$2,000, a more consequential amount for some retirees. Absent AMP, this income from savings would be still greater because retirees would have saved more if interest rates had been higher.

AMP is not a friend, but an adversary, from the standpoint of retirees.

Aggressive monetary policy is not a friend, but an adversary, from the standpoint of retirees.

Next on the list of AMP's perversities is income inequality. To be sure, inequality in the United States is driven by long-term societal and economic trends that are numerous, complex, deeply embedded in social and cultural legacies, and hard to change. The principal drivers are well known, although their relative strength is not. They include disparate education, the effects of parenting and family structure, neighborhood and environing circumstances, immigration, advancing technology, and innovation. Innovation and technological change typically entail substitutions of fewer higher-skilled and higher-compensated labor for more numerous and lower-paid labor—thereby propelling income inequality.

Separately and additionally, AMP is another contributor to inequality. AMP's role is separate from what might be termed the first-tier of renowned innovators such as Bill Gates at Microsoft, Steve Jobs and Tim Cook at Apple, Larry Page and Sergey Brin at Google, and Larry Ellison at Oracle. Instead, AMP's role as a driver of inequality derives from a second tier of innovators: namely, innovators in financial markets who are nimble, smart, and quick-reacting players in these markets. Often they are founders and managers of hedge funds, private equity funds, and some activist pension fund—thus, professionally equipped to arbitrage and leverage the financial opportunities provided by AMP's low-cost liquidity.

Contemporaneous with and abetted by AMP are the changed shares in national income of profits and proprietary income, on one hand, and of wages and salaries on the other. The former's income share rose from 20 percent in 2007 to 22.2 percent in 2014, covering the period immediately preceding and during the Fed's AMP. During this period, the share of wages and salaries (“employee compensation”) fell by 3 percentage points, from 64.4 percent of to 61.4 percent of national income. A 3 percentage point change represents an annual shift of $470 billion from wages and salaries to profits. (Note: 3 percent of $15.6 trillion is $468 billion.) This change in income shares between profits, on the one hand, and employee compensation, on the other, reflects and represents increased income inequality because the main recipients of profits and proprietary income are already upper-income earners, while the main recipients of wages and salary income are middle- and lower-income earners.

The fall in employee compensation is actually larger than 3 percentage points if allowance is made for the part of employee compensation that are attributable to what I've referred to as the second-tier of financial innovators. The allowance would further reduce the income share of wages and salaries by subtracting the top paid salary earners whose compensation is typically enabled by corporate profits, rather than constituting a regular business expense.

The bottom line is that AMP is an important contributor to income inequality.

Another of AMP's downsides is its perverse effect on market instability and volatility. For example, easy money has had unintended but nonetheless disruptive effects on the economies of emerging market economies. Capital flows from and to these countries were induced by AMP during the 2008–2015 period. One result was substantially increased volatility in the foreign exchange rates of eight prominent developing countries (Korea, Pakistan, Malaysia, Indonesia, India, Philippines, Singapore, and Thailand). Sometimes their exports were depressed and imports encouraged by AMP's enhanced liquidity flowing into and boosting their exchange rates. At other times their exports were stimulated and imports discouraged by the reverse effects of currency depreciation induced by repatriation of AMP liquidity. Throughout the period, efforts by the developing countries to pursue coherent economic policies of their own choice were seriously impeded and often resented.

To be sure, volatile exchange rates reflect many factors besides government monetary policy—weather conditions, national and international security conditions, technological breakthroughs (such as innovations by Microsoft, Apple, Amazon, Facebook), sometimes perhaps by technological breakdowns (such as Enron, thalidomide, or mistakenly overrated financial derivatives). The perverse spillovers from AMP are an additional destabilizing factor; in some instances, perhaps having larger destabilizing effects than the others.

Still, it's worth remembering that, while increased exchange rate volatility is correlated with AMP, the correlation doesn't imply causation; neither does the correlation preclude it.

The relevant point is that other countries often dislike and oppose the Fed's AMP because its disruptive effects undermine their efforts to pursue consistent policies in their own economies.

It is arguable whether the modest effects on GDP growth in the mid- to long-term provide sufficient recompense to balance AMP’s downsides.

Of course, there's another and important side of the AMP ledger. Since the Federal Reserve Reform Act of 1977, promotion of full employment has become a mandate for the Fed co-equal with maintaining price stability. Consequently, AMP has sought to provide a monetary stimulus to counter the depressing effects of the Great Recession of 2008. The European Central Bank's recourse to AMP has had a similar rationale in the eurozone. In both contexts, it is arguable whether the modest effects on GDP growth in the mid- to long-term—in the United States, averaging 2 percent annually since the recession's formal end in 2009—provide sufficient recompense to balance AMP's downsides. In the European Union, growth has been even slower, although in both the United States and the European Union the counterfactual that growth would have been still lower can't be disproved.

This argument is worth pursuing on its own terms, but also because it may lead to possible remedial policies: for example, intensified AMP in the short run to offset seriously recessionary conditions, while curtailing its duration before financial institutions become over-reliant on avoiding the discipline and efficiency of freely functioning markets.

Charles Wolf Jr. holds the distinguished chair in international economics at the RAND Corporation and is a professor of policy analysis at the Pardee RAND graduate school. He also serves as a senior research fellow at the Hoover Institution.

This commentary originally appeared in The International Economy on July 26, 2016. Commentary gives RAND researchers a platform to convey insights based on their professional expertise and often on their peer-reviewed research and analysis.