Estimating the Impacts of the Trump and Clinton Health Plans 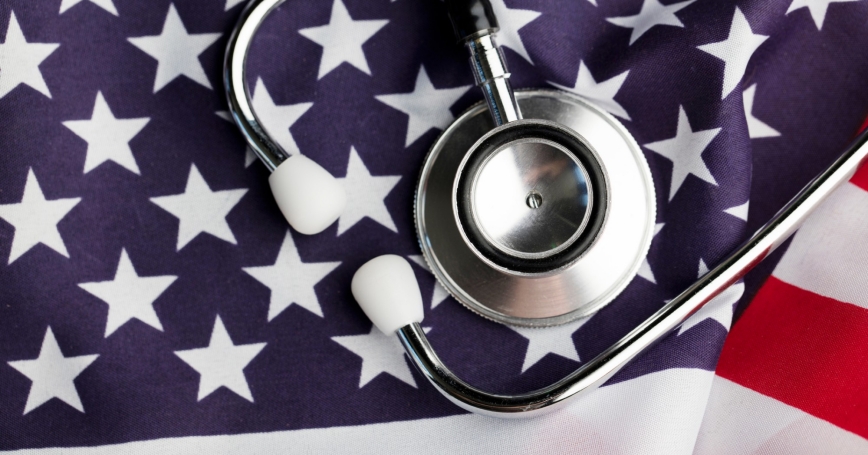 Christine Eibner, a senior economist at the RAND Corporation, led a team that analyzed parts of the proposed health care plans of the two major parties' presidential candidates, Hillary Clinton and Donald Trump. The team modeled those proposals for which they were able to obtain sufficient detail. In this Q&A, Eibner talks about what they found and how RAND's COMPARE microsimulation model—a computer program that uses economic theory and data to simulate the effects of health policy changes—was used to carry out the analysis.

The researchers estimated the likely effects of each policy relative to the Affordable Care Act in 2018 (if it were unchanged) on the number of people with health insurance, consumer out-of-pocket spending and the federal deficit. Funded by the Commonwealth Fund, the analysis can be found in its entirety on the Commonwealth Fund website.

Can you briefly describe what each candidate's plan does and how you went about analyzing the plans?

The Trump plan repeals the Affordable Care Act (ACA). So we first analyzed the effect of full repeal by itself. Then we conducted three additional analyses, in which we examined the effect of repealing the ACA combined with each of three other parts of the Trump proposal:

The Clinton plan modifies the ACA. It introduces a number of policies designed to expand coverage and reduce consumer out-of-pocket costs. We analyzed four of the policies included in Clinton's plan:

We analyzed these changes relative to a baseline ACA scenario in which we estimated that 251.6 million people would have insurance. Our estimates are for the calendar year 2018.

What challenges did you encounter in analyzing these plans?

For both, the main challenge was the lack of specific detail, especially on implementation. For example, the Trump plan is not clear on how block grant funding amounts would be set. Similarly, for the Clinton plan, it is unclear how provider payment rates would be set for the public option. To address this, we made assumptions based on other similar proposals that have been offered in the past.

What were the key findings?

All of the Trump proposals decrease the number of insured, increase out-of-pocket spending for consumers enrolled in individual market plans, and raise the federal deficit compared to the ACA. The federal deficit increases because repeal of the ACA would eliminate the ACA's provisions that reduce spending and generate revenue, such as changes to Medicare payment policy; and taxes and fees levied on insurers, medical devices, and branded prescription drugs. The amount that the deficit increases varies widely, from half a billion dollars under the block-grant provision to $41 billion under the tax deduction provision. People with lower incomes would be more affected than other groups. This is true largely because repealing the ACA means eliminating Medicaid expansion, which covers people with incomes below 138 percent of the federal poverty level. Sicker people would also be disproportionately affected, because the proposals would eliminate the ACA's rule that people with pre-existing conditions can't be denied coverage.

The Clinton proposals all increase the number of people with insurance and decrease consumer out-of-pocket spending among the insured population. Three of the four proposals increase the federal deficit. The amount of the increase varies from $3.5 billion under the premium reduction to $90.4 billion under the cost-sharing tax credit. One of the Clinton proposals (the public option) reduces the deficit by $700 million. In terms of out-of-pocket spending, the Clinton proposals have the biggest effect on people whose incomes fall between 139 to 250 percent of the federal poverty level ($33,534 to $60,750 for a family of four). The cost-sharing tax credit proposal has the largest effect because it potentially touches as many as 178 million people and expands coverage to an additional 9.6 million.

Did you estimate the combined effects of these provisions for each plan?

Were any of the results surprising?

One thing that may surprise readers is that repealing the ACA increases the federal deficit, which may seem counterintuitive. The ACA has several mechanisms for raising revenue and reducing federal spending, including changes to Medicare payments; an increase in the Medicare hospital insurance tax for people with high incomes; and various taxes including those on health plans, medical devices, branded prescription drugs, and tanning services. Unless these deficit-reducing policies are replaced, the deficit increases. One surprising aspect of the Clinton proposals is the wide variation in the number of people affected. The tax credit proposal, for example, could potentially affect about 178 million people. The “family glitch fix,” by contrast would affect only about 5 million people.

What other implications should readers be aware of?

It's worth noting that both the Trump and Clinton campaigns have proposed additional policies besides the ones we modeled. For example, Trump has proposed expanding the use of health savings accounts and Clinton has proposed extending the 100 percent federal matching to encourage states to expand their Medicaid programs, a Medicare buy-in for individuals ages 55 to 64, and allowing undocumented immigrants to buy into the marketplaces without federal subsidies. Both candidates have also proposed policies that could save money, such as policies to reduce the cost of prescription drugs. Because we didn't model these provisions, we can't comment on the entirety of either candidate's health proposals.

Christine Eibner is a senior economist at RAND and a professor at the Pardee RAND Graduate School.