Finding a Nuclear Weapon: Hope Beyond the Screwdriver 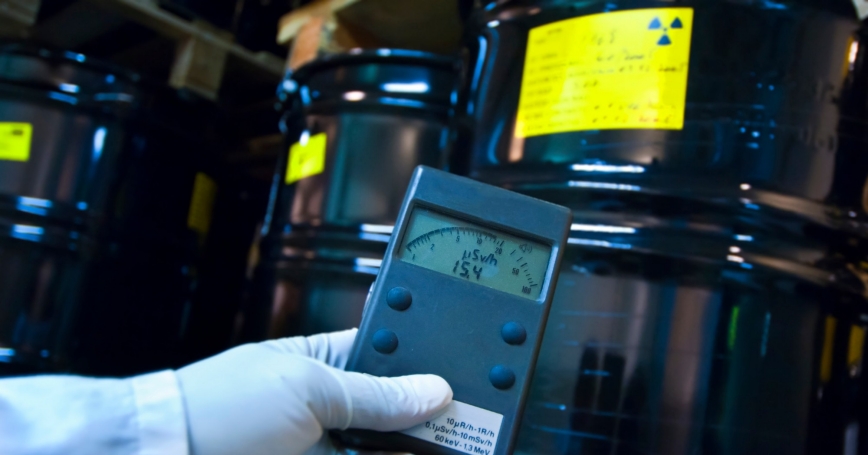 In 1956, the father of the atomic bomb, J. Robert Oppenheimer, suggested to Congress a reliable means of detecting nuclear weapons within a suitcase destined to be detonated in an American city. It was a screwdriver. Prying open and inspecting each and every case or container capable of concealing a nuclear weapon is obviously an impossible task, which was precisely Oppenheimer's point; that nuclear weapons are hard to detect. They remain so today.

Fortunately, science and technology have improved since Oppenheimer's day, but could authorities find a nuclear weapon smuggled into an American city today? Maybe, though existing technologies are only marginally better than Oppenheimer's screwdriver.

To find a nuclear weapon, radiation detectors are typically used to measure radiation emissions. The problem is that these detectors are rarely able to measure long enough, close enough, and without shielding in the way. This is especially true in city environments. Let's look at a scenario in which a nuclear weapon is in a vehicle driving down a street. Scanning vehicles with detectors positioned on the side of roads or on overpasses only gives a couple seconds of measurement per vehicle and the cargo surrounding the weapon as well the vehicle itself provides some shielding.

A majority of the current technologies deployed today are for finding radiological sources by gamma ray detection. They primarily consist of detectors the size of cell phones attached to a police officer's belt. Unfortunately, these are not so effective for finding a nuclear weapon, unless you were standing next to one. Why? Compared to a radiological source that may be used in a terrorist attack, nuclear weapons emit only a small number of gamma rays that can be overwhelmed by background radiation. The world consists of a sea of background radiation that includes mostly gamma rays and some neutrons. Detectors are not so immune and register this background as potential signals that can make finding true signals, those from a nuclear weapon, difficult to spot.

Another issue with these gamma-ray detectors is naturally occurring radioactive materials, or NORM. NORM is everywhere, such as gamma-rays emitting from radionuclides in your banana for breakfast or in your cat's kitty litter. In larger quantities, NORM can trigger false alarms that might, for example, have police wasting their time and resources chasing down something no more dangerous than a truckload of bananas....

Edward Cazalas is a former Stanton Nuclear Postdoctoral Fellow at RAND Corporation with research interests in the technical and policy related aspects of the detection and interdiction of nuclear and radiological materials in the context of homeland security and countering nuclear terrorism. He holds a Ph.D. in nuclear engineering from the Pennsylvania State University, where he aided the development of radiation detection technologies and scientific concepts at the intersection of nuclear physics and material science for and micro- and nano-sensors. He also holds an M.S. in nuclear engineering from Oregon State University, where he studied the dosimetry of nuclear and radiological exposure events and processes.

This commentary originally appeared on The National Interest on September 20, 2016. Commentary gives RAND researchers a platform to convey insights based on their professional expertise and often on their peer-reviewed research and analysis.