Is It Time to Extend Maternity Leave Across Europe? 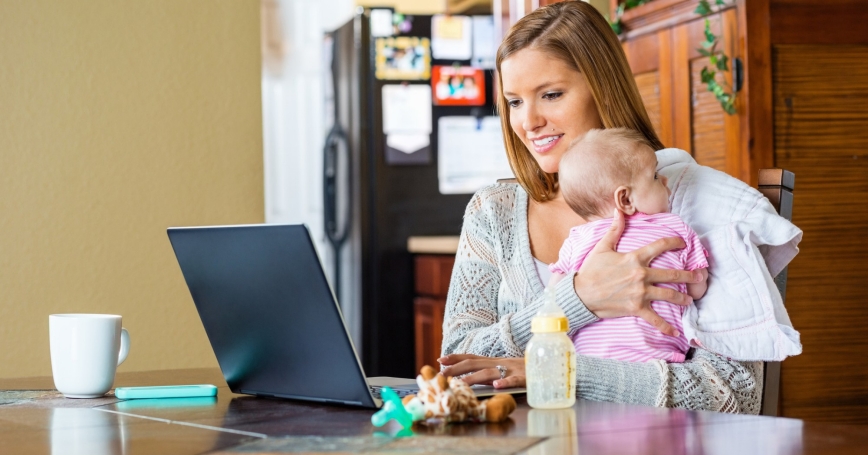 by Lucy Strang and Miriam Broeks

A recent report published by the Women and Equalities Select Committee in the UK Parliament expressed concern at the rise in workplace discrimination against expectant and new mothers in the UK. The report urged the UK government to do more to tackle this problem and recommended that it review the rights of pregnant women and mothers in the workplace.

The problems described in the committee's report do not solely relate to the UK and indeed may be found across Europe. The extension of maternity leave provision is one area being explored to help mothers balance their parental responsibilities while protecting their professional position. However, two opposing tensions exist — the potential impact on mothers, businesses and the economy from extending maternity leave provision, and the impact on the health of mother and child in not doing so.

The broad economic argument is that longer periods of leave can have a negative impact on both businesses and a mother's career prospects. The health argument is that returning to work too early can have a negative impact on the health of both mother and child, particularly when breastfeeding is curtailed. The World Health Organisation recommends that babies should be exclusively breastfed up to six months of age to provide them with the necessary nutrition for healthy growth and development.

In light of these two tensions, RAND Europe examined maternity leave provision across EU countries, in particular its link to the duration of breastfeeding among mothers and the wider economic implications of extending this provision to six months.

Studies have shown that breastfeeding significantly declines after working mothers return to work.

Our policy brief found evidence that a longer maternity leave is linked to longer periods of breastfeeding. Maternity leave that does not match or go beyond six months may mean that breastfeeding could be stopped at a crucial stage in the child's development, which could have future health implications for the child. Studies have shown that breastfeeding significantly declines after working mothers return to work, as they begin to complement it with formula or replace it altogether.

Overall, European countries have some of the lowest breastfeeding rates in the world. This is perhaps surprising, as a key objective of the EU Maternity Leave Directive, which has been in place since 2011, is to safeguard the health of pregnant workers and workers who have recently given birth or are breastfeeding, and to protect infant health. Scandinavian and Eastern European countries reported the highest rates of breastfed children. Croatia reported the highest exclusive breastfeeding rates (52 percent) at six months compared to all other EU-28 countries, and provides ten weeks of post-natal mandatory maternity leave (PDF) in combination with 16 post-natal non-mandatory weeks remunerated at 100 percent of usual earnings.

In contrast, Ireland exhibits the lowest exclusive breastfeeding at six months, with less than one percent of infants at this age being exclusively breastfed, and it provides both the shortest provisions of post-natal mandatory (four weeks) and non-mandatory leave (12 weeks). Ireland is also the only EU country where all instances of maternity leave are remunerated at a flat rate, so is the same for all cases with no variation. However, when maternity leave provisions end, exclusive breastfeeding reduces significantly at six months in all cases.

A lengthier period of leave has the potential to damage a mother's career prospects and further career development.

In exploring the economic factors of extending maternity leave provision to six months, the career prospects of the mother were identified as a key issue. A lengthier period of leave has the potential to damage a mother's career prospects and further career development. Indeed, six months of maternity leave is associated with a dip in wages for mothers when they return to work. But further research (PDF) suggests that extending maternity leave can have a positive effect on women's employment rates, with 12 to 26 weeks' leave associated with a 4.3 percent increase in predicted female employment.

Assessing the economic cost to businesses of extending maternity leave provision is difficult, as a wide variation in provision exists across all EU member states and in the policies of individual companies. Furthermore, research on maternity leave programmes tends to focus on the impact on child health rather than on economic effects.

Extending European maternity leave policies to a six months' mandatory leave provision would likely be a complex and long process given the significant variation across countries. Any policy solution must strike a balance between protecting infant health through facilitating extended breastfeeding and mitigating any potentially negative impact on the mother's career progression and increased costs to business. Any future changes to maternity leave policies will have profound implications for the health and welfare of mother and child, and the wider economy.

Lucy Strang is an analyst and Miriam Broeks is an associate analyst at RAND Europe.

This commentary originally appeared on EurActiv on September 12, 2016. Commentary gives RAND researchers a platform to convey insights based on their professional expertise and often on their peer-reviewed research and analysis.