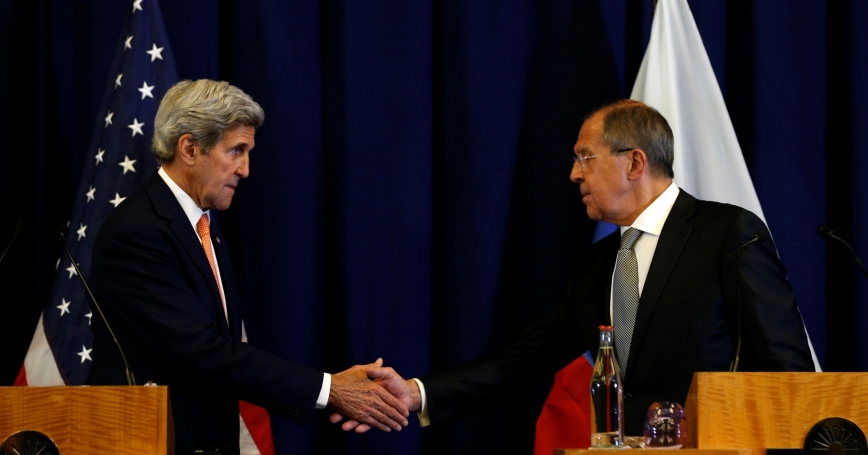 The agreement Secretary of State John Kerry and Russian Foreign Minister Sergey Lavrov negotiated to suspend fighting in Syria and get relief supplies to trapped civilians is an important breakthrough that could change the situation on the ground in this war-torn country. Over the course of the next few days, as all parties implement the seven-day cease-fire and peace plan agreement, the United States and Russia should draw a new red line forbidding the use of toxic chemicals as weapons.

In the second year of the conflict in Syria, there were allegations of chemical weapons use. President Obama stated that if Syrian President Bashar Assad's regime used these weapons, it would cross a “red line” for America and could provoke military punishment. Ultimately, instead of bombing Syria to smithereens with a highly uncertain outcome, the United States worked with Russia and other nations to get the Assad government to give up its chemical weapons and join the international treaty banning their production and use.

What is not widely known is that the United States and Russia had been discussing what to do about Syria's chemical weapons for months before the confrontation. This collaboration proved critical to the successful elimination of the Assad regime's chemical weapons arsenal. Thus, the two countries have successfully worked together on the Syrian conflict, and fitfully they continue to do so even though they are at odds on other issues such as Ukraine and Crimea. Putting aside fundamental differences in other parts of the globe to address a huge humanitarian crisis is a modest bright spot in what is likely to be one of the grimmest chapters of the early 21st century.

While virtually all of Assad's military-grade chemical weapons were eliminated in 2014, it did not stop his military from using barrel bombs filled with the industrial chemical chlorine. Late last month, a United Nations investigative panel concluded that the Syria military used chemical agents against its people delivered in barrel bombs at least eight times from April 2014 to September 2015.

The U.N. report also points out that there is credible evidence that the Islamic State terrorist group and the Nusra Front might have responded in kind with their own chemical weapons. Given the horrific violence these groups have perpetrated, it is little wonder that they'd eventually respond to Syrian military attacks with toxic chemicals. Tragically, whoever used them, the results are consistently the same—innocent civilians are hit with the indiscriminate and heinous weapons. This is good reason for the United States and Russia to convene as part of the peace plan a Joint Implementation Committee to coordinate U.S. and Russian attacks on these two extremist groups.

Kerry described as a “bedrock” element of the peace plan the restrictions on Syrian combat air missions. Restricting Syria military aircraft will lessen the likelihood of the regime dropping chlorine-filled barrel bombs on Syrians caught in the crossfire. After the agreement was announced, the Syrian military launched air attacks to expand its territorial gains before the agreement went into effect. While this was a disconcerting development, the clock on the accord is now running. It began on the first day of Eid al-Adha, a major Muslim holiday that started Monday.

Kerry and Lavrov indicated that they had consulted with all the Syrian and outside parties to the conflict, including Iran, Turkey, the Persian Gulf states and the Assad regime. Getting all sides to recognize the red line against the use of toxic chemicals as weapons is something that needs to become part of the discussion as the cease-fire and other elements of the peace plan unfold.

At each stage of what will hopefully be a successful implementation process of the agreement, the United States and Russia need to redraw the red line against chemical weapons and weave it into the narrative of the fragile peace plan. Implementing the cease-fire will undoubtedly entail considerable engagement of America and Russia with the key participants in the region. They should not miss an opportunity to regularly and forcefully draw a red line on the use of toxic chemicals as weapons.

John V. Parachini is a senior policy analyst at the nonprofit, nonpartisan RAND Corporation and the director of the RAND Intelligence Policy Center.

This commentary originally appeared on USA Today on September 14, 2016. Commentary gives RAND researchers a platform to convey insights based on their professional expertise and often on their peer-reviewed research and analysis.