The True Cost of 'Scams' and How Policies Can Help 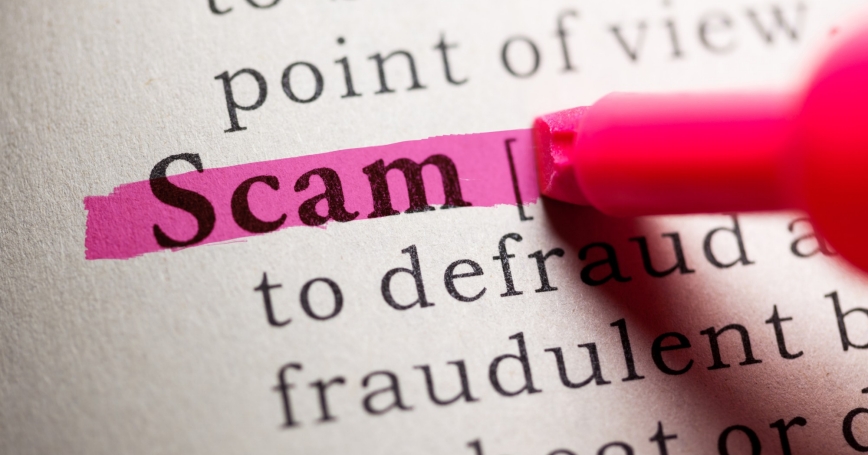 by Daniel Schweppenstedde and Martin Stepanek

Mass marketing fraud, more broadly referred to as “scams,” has many definitions, but perhaps the most accepted is a misleading or deceptive business practice in which uninvited contact and false promises are used to con people out of money.

Forty per cent of adults surveyed experienced some type of unsolicited communication involving false promises of prizes, provided up-front payments are made.

Common scams fall into four broad categories – lottery and prize draw scams, inheritance scams, get-rich-quick schemes and the selling of bogus products and services. Forty per cent of adults surveyed in the Crime Survey of England and Wales (CSEW) experienced some type of unsolicited communication – either by email, letter, telephone or advertisement – involving false promises of prizes, provided up-front payments are made.

RAND Europe was commissioned by the UK's National Trading Standards to undertake an independent review of their Scams Team during 2015 and 2016 to help inform its future development, delivery and effectiveness. The Scams Team, widely perceived as the leading organisation in combating mass marketing fraud, is one of eight teams within the National Trading Standards structure, which has the main objective of “reducing the impact of scams and consumer detriment” over time. This is done through analysing scamming patterns, the identification of potential victims, and co-operation with local authorities and third-party organisations.

It is clear that relatively inexpensive modes of mass communications, such as the internet, telephone and direct mail, have transformed mass marketing fraud activities and made it a global issue. Furthermore, many perpetrators of scams are based outside of the UK and can channel money from victims via cheques and banks or online transfers to foreign and offshore bank accounts. These scams are occasionally linked to international organised crime, as the perpetrators are selling and franchising these mass marketing fraud models nationally and across borders, and are also involved in other types of crimes.

Victims of scams vary in terms of their awareness of the fraud committed against them, the extent to which they may have unwittingly facilitated the fraud, and the financial detriment they experience. It is difficult to know whether certain groups are more susceptible to scams, as previous research (PDF) suggested that certain types of scams appeal more to particular victim profiles. For example, men are more likely to fall for high risk and property investments, while older people are particularly susceptible to door-step salesmen.

Mass marketing fraud was found to affect all members of society, regardless of their age, class, occupation, socio-economic background, race or gender.

Our study showed that older people tended to be the most prominent victims of mass marketing fraud; however, no particular group could be isolated or ignored as potential victims. Mass marketing fraud was found to affect all members of society, regardless of their age, class, occupation, socio-economic background, race or gender.

Analysis of data provided by the Scams Team on the 30,000 victims showed that these individuals lost, on average, £6,744 to scams over their lifetime. The amount lost varied across the victims, with one per cent shockingly losing more than £100,000 during their lifetime. Complementing these findings with information from prior studies, we estimated that the detriment caused by scams annually in the UK is in the range of £1.2 to £5.8 billion. Due to low level of detail in the data, we were unable to carry out a detailed analysis and these estimates should therefore only be considered as illustrative. However, it is likely that the true cost of scams in the UK is even larger.

Considering the size of the team and the scale of the problem, the Scams Team is doing remarkably well in tackling mass marketing fraud. However, it needs more support, both financially and legislatively. Given the current climate for the funding of public services in the UK, an increased financial commitment will be difficult, but a number of policy commitments and legislative changes could be made to help the Scams Team work more effectively and minimise the negative impacts of scams on victims, their families and local communities.

Firstly, legislation could be introduced to limit the kind of information companies may legally share. This would help prevent unsolicited communications to individuals' contact addresses, emails or telephone numbers. Secondly, mass marketing fraud could be given more status as an organised crime, with the respective police and crime agencies taking greater responsibility to tackle the issue, especially as companies active in this area have further ties to other organised crime activities. Finally, international cooperation could help, as local and national institutions can be ill-equipped to fight well-resourced and flexible private organisations and individuals with ties to international crime.

Daniel Schweppenstedde is an analyst and Martin Stepanek is an associate analyst at RAND Europe. Both were involved in RAND Europe's study looking at mass marketing fraud and the work of the Scams team in the UK.