U.S. More Able Than Ever to Combat Terrorism 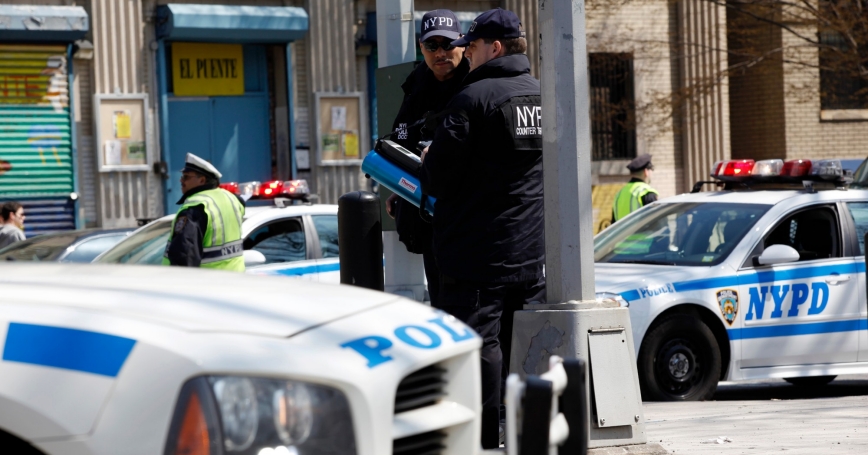 Members of the NYPD Counter Terrorism division use a device to test for radiation during a multi-agency "dirty bomb" exercise in Brooklyn, New York, April 9, 2011

The precise motive or reasoning behind the recent attack in Manhattan's Chelsea neighborhood is still not known, but it appears to be one more worrying sign of a shift toward what might be called “pure terrorism.”

Historically, terrorists have often tried to strike soft targets, where they expect to encounter little or no security. While these may appear to be random, there is often symbolic content to the terrorists' choices.

Pure terrorism is truly random. It targets families strolling on a promenade in Nice, shoppers at a mall, a busy street in lower Manhattan. The message is not that the victims represent a certain group or are seen as “guilty” because of despised policies or actions. This is sheer spectacle. The message: No one is safe.

Such terror attacks are truly arbitrary and extremely difficult to protect against. Protective perimeters have proliferated, but every restaurant, shopping center, busy street corner cannot be protected. Competitive 24/7 television news coverage amplifies the terror. Politicians pound podiums and pundits warn of further attacks. The end result is a perception that no one is safe, that little can be done, that worse is yet to come.

Yet such attacks are statistically rare, representing a relatively tiny addition to the total volume of violent crime in the United States. Americans are safer now than they were in the immediate shadow of 9/11 when intelligence had failed and more 9/11-scale attacks were expected.

Improved domestic counterterrorist efforts have uncovered and interrupted close to 90 percent of jihadist terrorist plots here since 9/11. But not all. Fort Hood, Boston, Chattanooga, San Bernardino, Orlando, and now Chelsea underscore that federal investigators and police cannot prevent every attack. However, many people would be surprised to learn that since 9/11, jihadist terrorists have killed fewer than 100 people in the United States.

More than half of those deaths were the result of a mass shooting in June by a lone gunman at a nightclub in Orlando, Fla. — an attack many analysts view as an act by a disturbed killer rather than as true terrorism. While every death is a heartbreaking tragedy, terrorists have killed far fewer on U.S. soil than many feared or expected would happen immediately after 9/11.

The American public tends to forget that waves of terrorism on the homefront are nothing new.

In the 1970s, there were 50 to 60 terrorist bombings a year in the United States, a volume of terrorist activity that would rattle the country today. Planes were hijacked. A bomb tore through the Senate side of the U.S. Capitol building in 1983. Terrorists first attacked the World Trade Center in 1993 and two years later 168 people were killed in the Oklahoma City bombing, which still stands as the second deadliest terrorist attack in U.S. history.

Yet today's terrorist threat is different in some respects. Terrorists are determined to kill in quantity and seemingly more willing to kill indiscriminately. The Islamic State's effective use of social media to advertise its atrocities also has enabled it to effectively recruit from a broad audience, making it a magnet for marginal and mentally disturbed individuals.

An impending era of “pure terrorism” may be making Americans more anxious, but they should remember that the country is better equipped than ever to combat the terrorist threat.

This commentary originally appeared on Boston Herald on September 26, 2016. Commentary gives RAND researchers a platform to convey insights based on their professional expertise and often on their peer-reviewed research and analysis.