What to Look for in North Korea's Fifth Nuclear Test 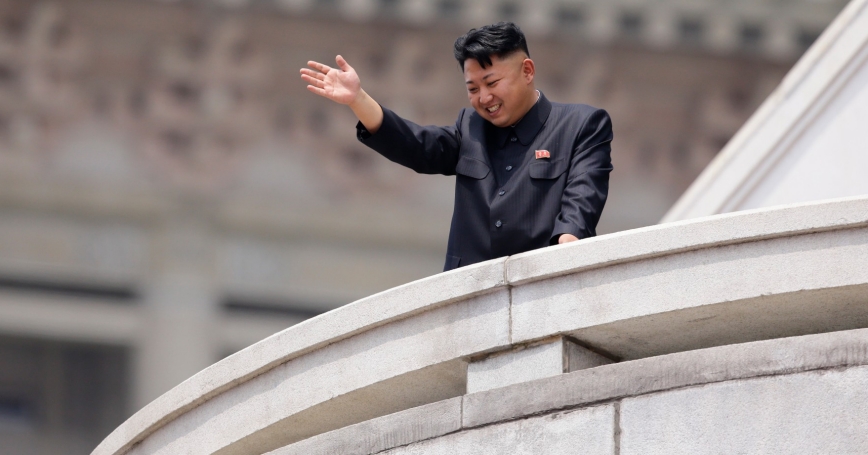 As North Korea conducts what is suspected to be its fifth and biggest test of a nuclear bomb, what should we be looking out for?

The Yield of the Explosion

The first big question will be whether North Korea's nuclear test had a higher yield, or explosive power, this time.

North Korean leader Kim Jong-Un claimed that the last test, in January, was of a hydrogen bomb, which employs nuclear fusion. That weapon yield came in at about 6-8 kilotonnes of TNT equivalent.

The key point to note is that this test was probably smaller than the one before that, the third test, which had a yield of 8-10 kilotonnes and was not an H-bomb.

That the fourth test was buried twice as deep as the third, suggests that Mr. Kim had hoped for a yield of about 50 kilotonnes, which you would expect from an H-bomb.

So did this fifth test produce a much larger yield? Early indications suggest that it was 20 kilotonnes or so, although Seoul officials put the figure at 10 kilotonnes. Either way, it is larger than the fourth test.

The Aggressive Intentions of Kim

This year, North Korea has already performed its fourth nuclear weapon test and a satellite launch, widely believed to be an intercontinental ballistic missile (ICBM) test.

The international sanctions imposed in the wake of these violations are a threat to the North Korean economy.

Kim Jong-Un also claims that the United States and South Korea are preparing to invade North Korea, even though it is Mr. Kim who has been escalating the situation on the peninsula.

This fifth test is yet another escalation, especially since North Korea's previous nuclear tests were three years or so apart.

But the North Korean leader has a very weak state and appears to be a weak leader, using brutality to try to control both the masses and his elites.

Kim is using missile launches and nuclear tests and threats to divert attention from his other failures.

So he is using missile launches and nuclear tests and threats to divert attention from his other failures, and also in an attempt to secure North Korean military support and to deter outside action against him. Each provocation suggests that he is feeling more and more internal pressure — which he must divert.

Might he be preparing to carry out more limited attacks, as his father and he did in 2010? That was when the North unleashed an artillery bombardment on South Korea's Yeonpyeong island, an attack widely believed to have been orchestrated by the younger Kim.

Whether the North's Nuclear Ambition Is Being Realised

Kim Jong-Un has been clear since last December that his scientists have developed an H-bomb — a more powerful nuclear weapon that should be able to fit on a ballistic missile.

But the 6 January nuclear test was not very convincing and probably largely a failure.

He has probably waited until his scientists thought that they had solved their technical problems.

So the weapon yield will be really important to assess their nuclear ambitions — especially if those scientists want to survive.

Several months ago, the United States and South Korea announced that they would deploy the Terminal High Altitude Area Defence (THAAD) anti-missile system in South Korea to protect against North Korean nuclear threats.

There has been a fair amount of opposition to THAAD in South Korea and especially from China.

China has failed to act like a so-called “great power” and it has not stopped its ally North Korea's provocations.

China now has to decide whether it really wants to take up a position of responsibility.

China now has to decide whether it really wants to take up a position of responsibility and restrain North Korea or whether it is really only concerned about its own security and diverting attention from its violations of international law in the South China Sea.

If the United States Changes Its Approach

The United States has been following a policy of “strategic patience” toward North Korea, allowing the North to continue its provocations and nuclear developments with little response or deterrence.

The United States needs a different approach as North Korea is proving it is determined to make some serious advances. The North Korean threat is changing in ways that both the United States and its regional allies need to respond to.

Meanwhile, the people of South Korea need to decide whether they want the United States to be prepared to protect the South against North Korean missile threats.

Many do want that, but there are those who assume that North Korea is just a friendly neighbour. This nuclear test may change a few minds, but others it will not.

This commentary originally appeared on BBC on September 9, 2016. Commentary gives RAND researchers a platform to convey insights based on their professional expertise and often on their peer-reviewed research and analysis.