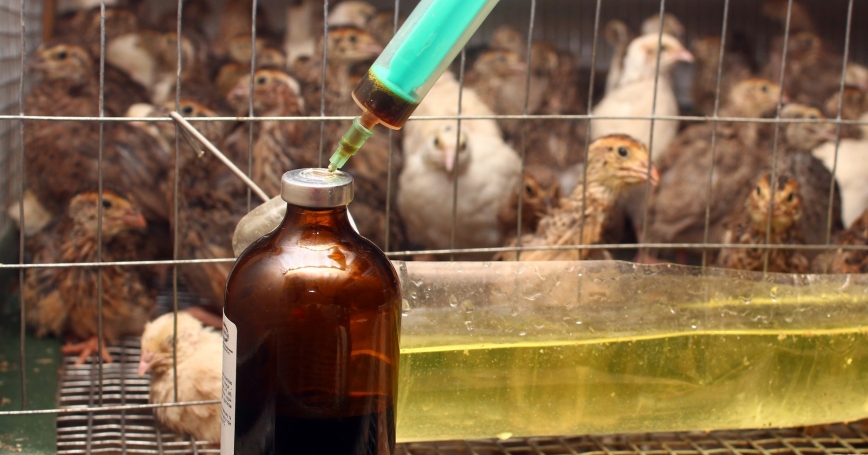 Wednesday's meeting of global leaders at the United Nations General Assembly is significant in part because it will be only the fourth time in the history of the UN that a health topic has been on the agenda at a high-level meeting of the General Assembly. The group plans to discuss coordinated efforts to fight antimicrobial resistance (AMR) worldwide.

Previously, the health topics they have explored included HIV and the Ebola virus. Their inclusion on the UN agenda indicates the importance of international and coordinated approaches to address them. Significant progress has since been made in these two areas. The threat of HIV still exists, but the devastating impact of the disease has been curbed. Similarly, the threat following the 2015 outbreak of the Ebola virus has largely been eradicated.

The focus on AMR is a promising move toward developing a coordinated global plan. The worldwide threat of AMR is significant and requires an international effort. Across the world many common infections are becoming resistant to the antimicrobial medicines used to treat them, resulting in longer illnesses and more deaths. This includes both health care-associated infections common in advanced economies and infectious diseases, such as malaria, that are more prevalent in some low-income countries.

Our research for the UK's independent Review on AMR highlighted the scope of the challenge. If the current situation continues without significant change, that is, a world with no increases in the rates of infection or resistance, we can expect a loss of between 11 million and 14 million working-age adults globally by 2050. Meanwhile, under a “doomsday scenario,” a world with no effective antibiotics, the total loss of life would reach 444 million by 2050. In economic terms, this would result in a cumulative loss of more than 100 trillion U.S. dollars, or an average annual loss of approximately 3 trillion U.S. dollars. This annual loss is broadly equivalent to the size of the UK economy and highlights the scope of the global challenge.

When world leaders sit down to discuss sustainable approaches aimed at addressing AMR, there is a need to focus on a “holistic” approach. This addresses human health concerns but also looks at animal health and the food chain. The EU has been particularly effective at addressing AMR in animals through the development of a new Animal Health Law, which provides new guidelines on the use of antibiotics in animals and for the first time links animal welfare and human health.

The attention paid to AMR by public representatives appears to be matched by the private sector. For example, a Declaration by the Pharmaceutical, Biotechnology and Diagnostics Industries on Combating AMR (PDF) was signed by 85 companies and nine industry associations in 18 countries at the World Economic Forum in January 2015. This declaration represents a commitment to developing new drugs, as too few are being created to replace older and increasingly ineffective ones. However, simply encouraging pharmaceutical companies to produce more antimicrobial drugs will not resolve the problem, as ultimately even newly produced antibiotics will become ineffective over time in the absence of improvements in how we use them.

AMR is a complex problem driven by many interconnected factors. Single interventions are likely to have little impact. Multiple and coordinated interventions that include developing and innovating new drugs, and regulating and promoting the appropriate use of medicines will be required to manage the threat.

The UK Review on AMR laid out a 10-point plan for tackling AMR, which included an awareness campaign to encourage the public to stop using antibiotics for minor illnesses, such as the common cold, and a reduction in the use of antibiotics in agriculture. Moreover, the European Commission's AMR Action Plan covered a range of topics that are important for potentially reining in AMR, such as research and development, international cooperation, monitoring and surveillance, and communication.

The fact that world leaders are using the UN as a forum for discussions about AMR is a promising move, particularly if it results in a coordinated global response to addressing the issue. The UN is a unique platform that brings together countries with different needs, priorities and capacities. Some countries may stress the need to limit the unnecessary use of antibiotics, while others, particularly low-income countries, may be also concerned about securing access to (safe) antibiotics in the first place. Finding common ground and coordinating next steps that everyone supports will be crucial to finding a workable global solution.

Jirka Taylor, an analyst at the RAND Corporation, worked on the RAND Europe study “Estimating the Economic Costs of Antimicrobial Resistance.” Elta Smith, a Research Leader at RAND Europe, led RAND Europe's evaluation of the EU Action Plan on AMR.