Your Questions About Marijuana Legalization, Answered 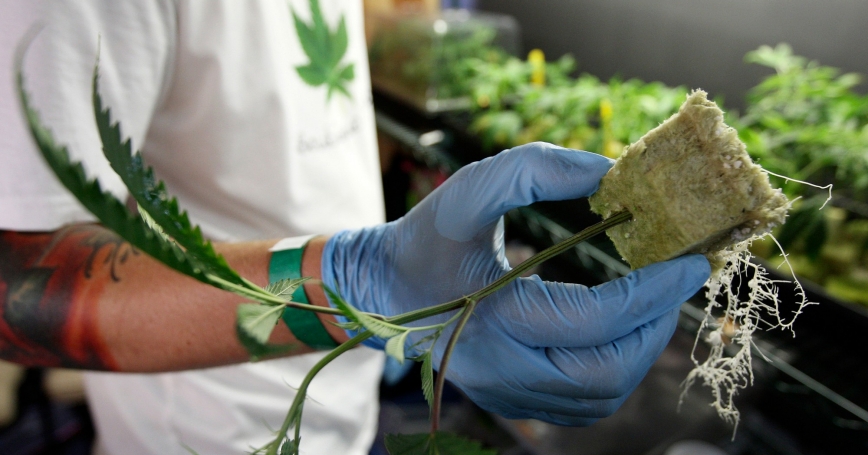 A grower holds a plant for sale at the medical marijuana farmers market at the California Heritage Market in Los Angeles, California, July 11, 2014

But those debating legalization should know that the decision isn't binary. That's according to Beau Kilmer, co-director of the RAND Drug Policy Research Center. His research has explored the many middle-ground options between prohibition and the for-profit commercial model implemented in Colorado and Washington.

To shed light on marijuana legalization and other drug policy issues, Kilmer hosted an “Ask Me Anything” (AMA) session on Reddit yesterday. Here's an edited selection. 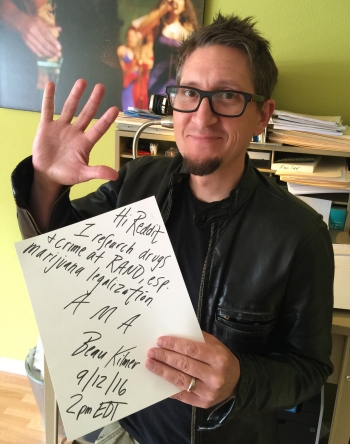 What's the most important thing for policymakers and voters to consider before legalizing marijuana?

That no one knows how it will play out, especially from a public health perspective.

This is where risk preference comes into play. I understand why those who are risk-averse worry about creating a commercial industry that will eventually fight regulation and taxation.

Once a majority of states legalize marijuana, do you think the rest will, too? Will federal legalization follow? And once marijuana is fully legal, will people turn their attention to legalizing “harder” drugs?

Serious state-level debates about legalizing some other substances could happen before federal legalization of marijuana.

Also, this isn't the same as legalization, but I expect that you'll hear a lot more about safe-injection facilities and heroin maintenance over the next few years.

What has been the most surprising thing you've found in your work with cannabis?

Lately, I've been fascinated by research about cannabis and opioids. I'm thrilled that more and more researchers are looking into this relationship.

No one knows how marijuana will play out, especially from a public health perspective.

Many studies of cannabis use examine “daily/near daily” (DND) use and not the amount used. How do DND parameters differ between those who use one gram per week compared with one gram per day? Most pot users want to have healthy practices. When will we see daily guidelines like those for alcohol?

First, for those who don't know, “daily/near daily” (DND) users are usually defined as those who have consumed marijuana on 21 or more days in the past month.

Second, this is an important question. We desperately need better information about how much people consume, instead of just how many days they consume.

When we estimated the size of the marijuana market in Washington state, we fielded a web survey with pictures of unrolled joints and uncrushed buds next to prompts, such as a ruler, credit card, and coin. But I'm not sure if that's the best approach for obtaining quantity information. I look forward to seeing more research in this area.

There's been a lot of pushback on marijuana legalization due to the inevitable increase in traffic deaths. As a policy researcher, how do you recommend states look at, measure, and deal with the fallout from such serious consequences when the benefits to the economy are obvious?

These discussions can be frustrating. Most people in these debates know that testing positive for THC (or its metabolites) is not the same thing as being impaired. That's an important distinction.

Why? The number of drivers in fatal crashes in Colorado and Washington who test positive for THC has increased since legalization. But that doesn't mean that legalization leads to a net increase in traffic crashes or fatalities.

We must look beyond simple trend analyses. That means using control groups and accounting for other factors that influence crashes. The best dependent variable for policy evaluations is total crashes or fatalities, not just those that involve a particular substance. It's possible that legal pot could influence crashes that involve other substances, like alcohol.

I did policy debate in high school. In my senior year, we argued that more money should be allocated to substance use treatment. Since I had already done a ton of research on the topic, many of my undergraduate papers focused on drug policy.

After writing a few op-eds, I thought it would be interesting to intern at a place that did research on drug policy. It's a long story, but I ended up at RAND 19 years ago and never really left, except to go to grad school—and even then, I kept working with my RAND colleagues.

Drug policy is so interesting. It also intersects with most of the social issues I care about.