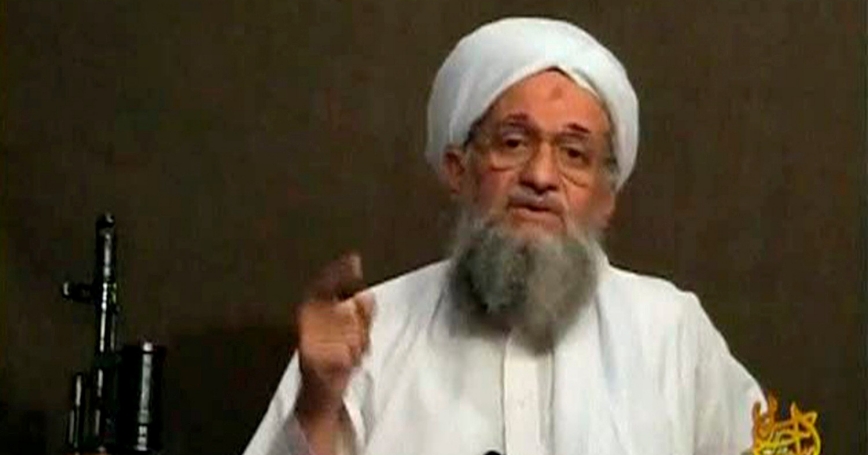 Al Qaeda's Ayman al-Zawahri speaks from an unknown location in a still image taken from video uploaded to the web on June 8, 2011

Policymakers and terrorism scholars are debating whether al Qaeda or the Islamic State is the more dangerous threat to the United States and the West.

After the various bombings and attacks across the West, many experts insist the Islamic State is the more serious problem.

That is a mistake. Al Qaeda presents the gravest long-term problem to the West.

Al Qaeda's ruthlessly pragmatic approach has placed it in a far better position to achieve its strategic objectives. It has proved more effective in taking advantage of U.S. policy in the Middle East, primarily in Syria, to legitimize itself as an armed force and, increasingly, as a viable political player.

The al Qaeda-linked Jabhat al-Nusra, since rebranded Jabhat Fateh al-Sham, or JFS, is quietly morphing into a mainstream option in the broader panoply of rebel groups operating in Syria, even as the Islamic State's caliphate continues to shrink and the United States and Russia spar over mistaken targets.

If Jabhat Fateh al-Sham successfully embeds within the Syrian opposition, it could prolong the conflict in Syria. Even more worrisome, with a concerted political and military strategy, it could attain the long-term success that Hezbollah has achieved in neighboring Lebanon. With a highly capable, well-trained and well-armed franchise group on the periphery of Europe, al Qaeda would be even more dangerous than the Islamic State.

Al Qaeda is determined to learn from its past mistakes.

Al Qaeda's current strategy reveals a group determined to learn from its past mistakes. The group offers a strong political component, and no longer focuses solely on violence.

Since being forced out of Afghanistan, al Qaeda has evolved to include not only a core group based in South Asia but also franchises and affiliates throughout North Africa and the Arabian Peninsula. These branches were formed as a response to al Qaeda's post-9/11 struggle to assure its survival.

Over time, however, they have become crucial. A vanguard group of exiles with weak roots in Middle Eastern social networks and an unrealistic U.S.-centric plan has transformed itself into a broad movement whose central leadership provides strategic guidelines while its branches embed in regional social movements.

This reorientation helped al Qaeda establish close ties with locals in areas where its affiliates operate. In Yemen, for example, al Qaeda moved to share power with local jihadists after successfully seizing the city of Mukalla in the southern part of the country. (It has since lost the town.) Al Qaeda's North African branch allied with local actors to govern areas in northern Mali before the 2013 French intervention. Al Qaeda has also been moving fighters and resources into Syria and slowly accruing popular support among locals there through its affiliate, Jabhat Fateh al-Sham.

Al Qaeda has always contained diverse voices. Indeed, several high-ranking militants in its senior leadership, including Abu Musab al-Suri and Sayf al-Adl, viewed the Sept. 11 attacks as counterproductive. Both predicted that Washington's response would inevitably lead to a loss of the group's Afghan sanctuary. Al Qaeda founder Osama bin Laden, however, was deaf to their arguments.

The group's struggles in the ensuing years made it more receptive to different ideas. The current al Qaeda leader, Ayman al-Zawahiri, has long sought to pursue al Qaeda's objectives without alienating locals. He has warned against the wanton slaughter of Shiites in Iraq, as revealed in his intercepted communications to Abu Musab al-Zarqawi, then leader of al Qaeda in Iraq.

By making the guidelines public, al Qaeda signaled to affiliates and allies that it would no longer let rogue actions tarnish its name and derail its political objectives, as Zarqawi ultimately did.

Over time, al Qaeda likely hopes to incorporate local groups into its radical brand of Islam. In stark juxtaposition to the Islamic State focus on occupying territory, and in keeping with its philosophy of relative pragmatism, al Qaeda has maintained a far longer timeline for establishing a caliphate.

Al Qaeda also declared the Islamic State illegitimate because the latter's actions denied Muslims the right to choose their caliph. They would divide the Islamic world “umma,” or community, rather than unify it.

By embedding itself into larger movements, al Qaeda has gained greater protection from external attacks. When attacks do occur, it can present them as evidence of the attackers' hostility to all Sunnis. In this way, the group may hope local partners will accede to its global agenda and use newly established sanctuaries to launch attacks against the West.

For the West in general, and the United States in particular, the worst possible outcome of al Qaeda's pragmatism is the risk that Sunnis around the globe will find al Qaeda and its positions legitimate enough to warrant respectful consideration.

This would undermine hopes of stability in the Middle East and would further weaken Washington's already limited ability to shape the region's politics.

The real tragedy could be that al Qaeda, particularly because of its franchises, might appear to be a more genuine protector of Sunni interests than legitimate Arab regimes or the U.S.-led West.

Washington's failed strategy to stop the civil war in Syria has been a boon to al Qaeda.

In keeping with this scenario, Washington's failed strategy to stop the civil war in Syria has been a boon to al Qaeda. As has Washington's continued inaction in the face of the President Bashar al-Assad's brutal regime, which is aided and abetted by his allies in Moscow and Tehran.

The horrific photographs of maimed civilians in Aleppo, Syria, seriously threaten to undermine U.S. accomplishments in the fight against the jihadist movement. Sadly, they are likely to increase hostility toward the United States and bolster support for al Qaeda.

Long after the Islamic State has been degraded as a military threat, there is a real probability that al Qaeda could complete its transformation from a vanguard group into a grass-roots social movement with significant appeal among Sunni Muslims worldwide.

That outcome should be the main concern of Western policymakers and government officials focused on counterterrorism.

Colin P. Clarke is a political scientist at the nonprofit, nonpartisan RAND Corporation. Barak Mendelsohn is an associate professor at Haverford College and author of ”The al-Qaeda Franchise: The Expansion of Al-Qaeda and Its Consequences.“

This commentary originally appeared on Reuters on October 27, 2016. Commentary gives RAND researchers a platform to convey insights based on their professional expertise and often on their peer-reviewed research and analysis.