Conversations at RAND: Howard J. Shatz on the International Economy 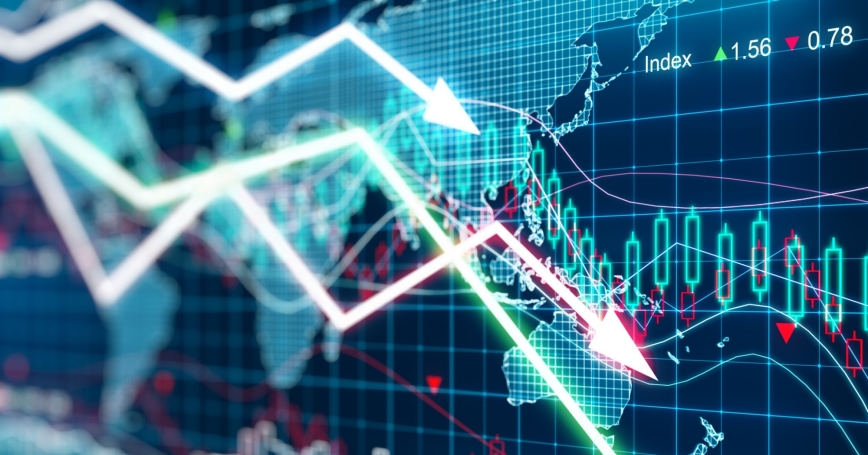 One of the contentious issues in this year's presidential election campaign is the U.S. role in the global economy—and, more specifically, international trade agreements made or contemplated and their potential effects.

As part of the Conversations at RAND series, which is designed to highlight important and timely research, a presentation on “U.S. International Economic Strategy” was given by senior RAND economist Howard Shatz Tuesday at RAND's Pittsburgh office.

To provide context for Shatz' remarks, Michael Rich, president and CEO of the RAND Corporation, explained the genesis of RAND's Strategic Rethink initiative. Rich commissioned the research three years ago, at a time of burgeoning global turbulence, to serve as a guide for policymakers, citizens, educators, and the media on the most critical global choices and challenges facing the country.

In the process, the Strategic Rethink project could also help counter what Rich called an “epidemic of truth decay.”

“People should have their own opinions,” he said, “but we're now at a place where people also seem to feel entitled to their own set of facts.” The Strategic Rethink initiative has generated five books—with a sixth due out this fall—by RAND researchers to provide “a sophisticated but reliable set of facts and analysis,” because “a debate that features opinions about opinions is a recipe for gridlock.” Rich expressed gratitude to RAND's donors who supported the project and who “enable us to do some of our most innovative and groundbreaking research.” 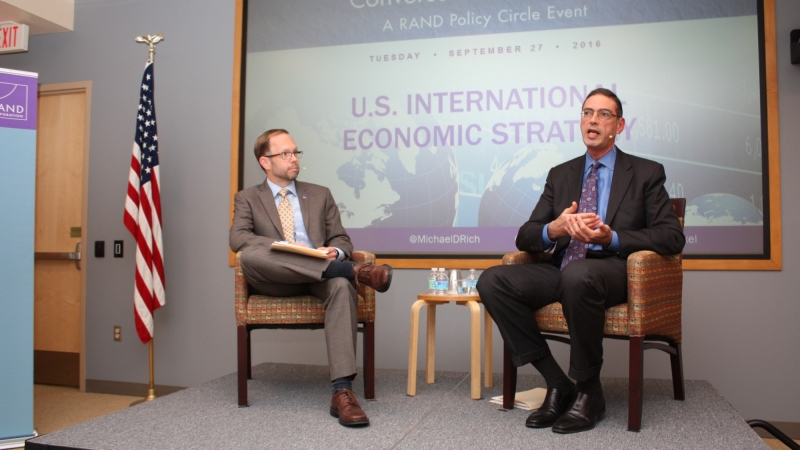 Rich then introduced Shatz, author of the latest book in the Strategic Rethink series, U.S. International Economic Strategy in a Turbulent World. Shatz began by describing how, for over 70 years, U.S. leadership of the global economy has not only enriched America, but has also spread benefits throughout the world, fostering growth and lessening poverty abroad throughout the postwar period. Overall, humanity's standard of living has risen, and “even with present difficulties, most people in the world are far better off because the United States and its allies created a rules-based international economic system, with strong institutions.”

However, the next president will face a troubled landscape. “The big concern with the global economy,” Shatz warned, “is what's happening with our largest allies,” the European Union and Japan, whose economic growth is not keeping pace with that of the United States and some other nations.

He offered three goals for the next administration:

In his wide-ranging analysis, Shatz also considered the state of the U.S. labor market and employment trends; the long-term federal budget outlook (“weak—we could say it's terrifying”); and the immersion, via trade and multinational corporations, of the U.S. economy in the global economy.

In a post-presentation Q&A, Vice President of the Office of External Affairs Win Boerckel and Shatz delved further into the difficulty of trade agreements, possibilities for trade relations with a post-Brexit United Kingdom, and China's “One Belt, One Road” strategic initiative using infrastructure and outreach to developing countries to extend and strengthen Chinese influence around the world by land and sea.

The theme and ultimate message of Shatz's remarks came through strongly. The current international economic system, he said, was created by the United States to promote its own economic interests, both at home and abroad, but at the same time it has also allowed for the economic growth and development of other participating countries. “Somewhat paradoxically,” said Shatz “those latter successes have resulted in a relative decline in U.S. economic weight. That means the United States, now more than ever, can't really go it alone.”

He warned that, despite the rise of other nations and the decline of U.S. dominance, retracting or removing U.S. leadership would allow erosion of the international system and its rules. “The United States will benefit most, I think, by reaffirming and strengthening its ties to the global economy.”