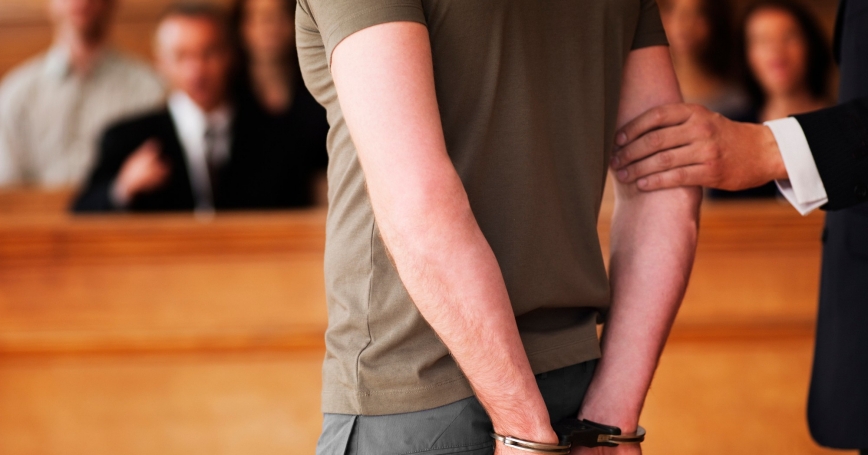 Drug dependence has significant direct and indirect costs to society beyond the impact on individuals. The European Monitoring Centre for Drugs and Drug Addiction estimates that in 2010 alone, between €3.7 billion to 5.9 billion (PDF) of public money was spent on drug-law offenders in prisons in Europe. This figure does not include the cost of criminal justice responses to drug-using offenders who have been convicted of other crimes that may have been motivated in part by drug-dependency.

In addition, evidence suggests that traditional criminal justice responses for drug-using offenders, such as imprisonment, have limited impacts on crime reduction. In line with this, the Royal Society for Public Health and Faculty of Public Health in the UK have advocated for a shift away from traditional criminal justice responses toward drugs to a harm-reduction approach led by the health system.

Despite this assertion, the criminal justice system implements a range of responses that aim to reduce drug use and mitigate some of its harms. RAND Europe recently undertook a study to identify the range of measures available for application to drug users in criminal justice systems across the European Union that had some rehabilitative element or that constituted a non-intervention, such as deciding not to charge or prosecute.

The study found that every EU member state has at least one type of sentence or response for drug users that could be described as an alternative to simple imprisonment. Thirteen different types of sanctions were identified across all 28 member states at three different stages of the criminal justice system—the pre-arrest stage (such as stopping drug users from entering the criminal justice system), during the court process, and during the sentence (such as drug treatment alongside a prison sentence). The majority of alternative sanctions were offered during the court process and the sentence.

Despite the availability of alternative sanctions across member states, they were not all commonly used. The use of alternative sanctions appeared to be influenced by individual beliefs (such as views about the benefits of treatment over incarceration) of the prosecutors, judges and others responsible for imposing sentences. Those who imposed sanctions sometimes cited a lack of awareness or knowledge about certain alternatives, which ended up restricting their use. Practical and administrative factors were also reported to limit use of alternatives sanctions, including the availability of financial resources to fund alternatives. In addition, a paucity of appropriate feedback on the delivery of alternative treatments and sanctions meant that those imposing them may lack confidence in their quality and effectiveness, according to our research.

These findings suggest that if member states wanted to increase the use of alternative sanctions, then effort is required to improve: 1) the knowledge of police, prosecutors and judges about what sanctions are available; 2) evidence on their effectiveness; and, 3) feedback and information exchange between those imposing the sentence and those supervising them.

These three areas of potential improvement highlight the important role of data collection and evidence in the implementation of alternative sanctions. Despite some evidence that shows sanctions can reduce reoffending and drug use, overall evidence of their effectiveness is weak. More quality research is particularly needed on the effectiveness of the range of alternative sanctions in a European context, since much of the existing research on the subject is from the United States.

Improving the quality of monitoring data routinely collected by member states could help develop the evidence base. The quality of future research is dependent on the availability of this information, as well as compliance and completion rates related to the alternative sanctions and treatments. Further research into the effectiveness of alternative sanctions, using randomised or at least quasi-experimental studies, would also provide more solid grounding for policy- and decision-makers responsible for ensuring appropriate alternatives to prison are available and used.

In the global response to tackling drug dependence, alternative sanctions will play an important role in reducing the direct and indirect costs associated with drug abuse. These sanctions are now fairly widespread across Europe but appear to be underused, as authorities are unsure about their effectiveness in tackling crime and reducing costs. To help alternative sanctions become more mainstream, more quality data and research is needed.

Matthew Davies is an associate analyst, Emma Disley is an associate research group director and Kristy Kruithof is an analyst at RAND Europe. Each worked on the “Examining Alternatives to Coercive Sanctions for Drug Law Offences and Drug-Related Crime” study.

This commentary originally appeared on Criminal Law & Justice Weekly on October 1, 2016. Commentary gives RAND researchers a platform to convey insights based on their professional expertise and often on their peer-reviewed research and analysis.