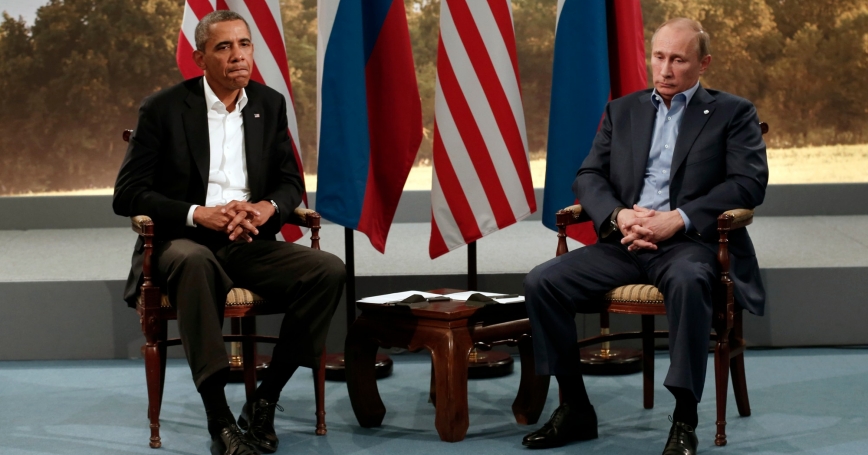 The next U.S. president will inherit a troubled relationship with Russia, but one that over a quarter century has brought much benefit despite severe challenges. America has not sought to isolate or weaken Russia, but opposes its aggression, as in Ukraine, and humanitarian threats, as in Syria. U.S. engagement has helped Russia build a stronger economy and be more open to the world. The Kremlin's current anti-Western stridency coincides with rising internal repression, which may limit what the next U.S. president can do to improve relations.

Puzzlingly, Russian state media is now spewing war scare rhetoric. Some observers say this presages renewed aggression in Ukraine. Others say that the aim is to deter America from challenging Russia in Syria. It may also reflect leadership worry about popular unrest, implied also by the recent shift to direct Kremlin control of a 400,000-strong armed force. In any event, policy toward America will remain forceful, and at times be harsh or unpredictable.

Stabilizing elements remain in U.S.-Russian relations. None are more important than economic and scientific cooperation.

Despite these anxieties, stabilizing elements remain in U.S.-Russian relations. None are more important than economic and scientific cooperation. For 25 years Washington has encouraged sounder economic management with a greater role for private enterprise. In macroeconomics, much has been realized. Russia's currency is stable, aided by a floating exchange rate. Budget deficits are modest and public debt minimal. A flat tax reduces distortions. The USSR could not feed itself; this year Russia is likely to be the world's largest wheat exporter.

The private economy is the stoutest reed in civil society, but weakening. Although President Vladimir Putin reiterated this week that he does not seek to build “state capitalism,” the share in GDP of state-controlled companies has doubled, from 35 percent in 2005 to 70 percent in 2015. As lumbering state firms squeeze out more flexible small and medium-sized enterprises, productivity suffers.

Yet prospects for future economic ties are cloudy. Corruption and bureaucratic interference remain widespread. In response to the intervention in eastern Ukraine, America has sanctioned Russian energy, financial and defense industry activities. Foreign investment flows into Russia last year were only 6.7 billion dollars, a 92 percent plunge from two years prior. Among the reasons besides sanctions are economic stagnation that set in even before oil prices fell in 2014 and higher political risks arising from Moscow's anti-Western posturing.

In the security domain, U.S.-Russian relations have a poorer record. The 2011 new START strategic arms control treaty and the 2015 Iran nuclear deal are vital to reducing threats. Until Moscow withdrew from them, so were the Treaty on Conventional Forces in Europe and the Nunn-Lugar program to eliminate excess infrastructure from former Soviet weapons of mass destruction programs. Last week citing American “hostile actions,” Putin withdrew from a U.S.-Russian plutonium disposition agreement. The next president cannot expect to reverse these setbacks, but must tackle another: Russia's violation of the 1987 treaty that bans intermediate-range missiles. If Russian cyberattacks continue, Washington may respond in new ways, as Vice President Joe Biden hinted this week.

The next president's biggest challenge involving Russia is eastern Ukraine.

The next president's biggest challenge involving Russia is eastern Ukraine, where 10,000 people have died and over a million are displaced. Europe and America are unified in opposing Russia's assault. The European-led Minsk peace process, on which little progress was made with Putin at a summit-level meeting on October 19 in Berlin, will fail if Russian proxies and forces keep shelling Ukraine. The next president should offer a greater U.S. role in the Minsk process to bring added leverage and provide advanced defensive arms to help Ukraine deter aggression.

Western unity will also aid the next president's efforts on Syria. Russian bombing of civilian targets in Aleppo has led some Western leaders to broach charges of war crimes. If the humanitarian emergency in Aleppo remains stark, the next president may see it as requiring action. If, however, it abates as eastern Aleppo is subdued and if the Islamic State group's footprint continues to diminish, the next president might look more to the United Nations for leadership on Syria.

Despite debate fireworks about Putin, the next U.S. president is likely to deal with him on the issues, while being wary of an early summit. In 1961 President John Kennedy agreed to one with Soviet Chairman Nikita Khrushchev and took a verbal beating. Two months later the Berlin Wall began to rise. The 1986 Reagan-Gorbachev Reykjavik summit was also ill-prepared and failed.

The next president will have other urgent international priorities, such as dealing with terrorism, North Korea's nuclear threat and the unratified Trans Pacific Partnership. Russia will merit sustained presidential attention only if progress emerges or dangers mount. The former is questionable, the latter worrisome.

William Courtney is an adjunct senior fellow at the nonprofit, nonpartisan RAND Corporation and former U.S. ambassador to Kazakhstan, Georgia and the U.S.-Soviet commission that implemented the Threshold Test Ban Treaty.

This commentary originally appeared on U.S. News & World Report on October 27, 2016. Commentary gives RAND researchers a platform to convey insights based on their professional expertise and often on their peer-reviewed research and analysis.