The Legacy Obama Leaves His Successor in Asia 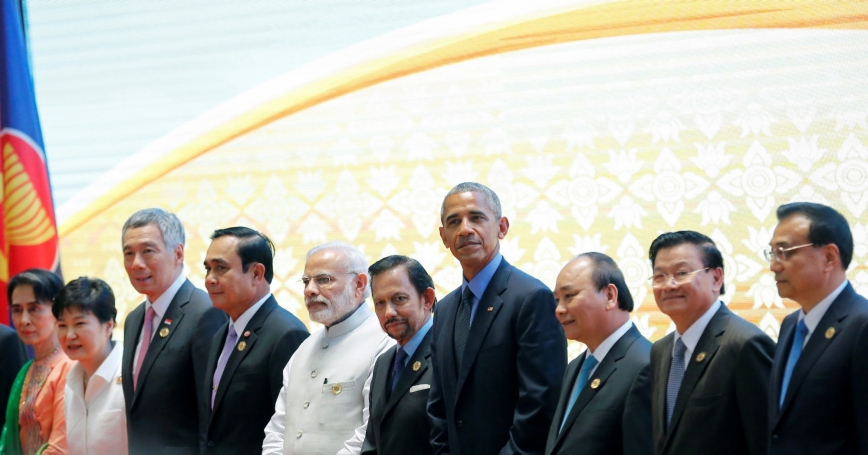 Since its articulation in 2011, the 'rebalance' or 'pivot' to the Indo–Pacific has encountered substantial skepticism from some quarters. To some observers, the pivot is doomed. Such analysts tend to overlook the gains the pivot has achieved; underestimate how it prepares the United States to deal with the major remaining challenges the region faces; and oversell the implications of the delay or abandonment of the proposed Trans-Pacific Partnership (TPP) agreement. By contrast, I will argue that the pivot is not doomed and is in fact alive and well: it was and remains the right policy for the United States; has already achieved substantial results; is assisting the United States in getting through a difficult period in relations with two key allies who are undergoing substantial domestic turmoil; and is a long-term policy that should continue to unfold over several years to come, with potential additional gains remaining to be captured in the out years.

The importance of the Indo-Pacific—home to five U.S. treaty allies; numerous democracies and important trade and investment partners; four nuclear weapons states (India, China, Russia and North Korea; five if one includes Pakistan), and a substantial portion of the world's economic activity and anticipated future economic growth—is undeniable. This is especially true as the European Union confronts potential disintegration and economic stagnation, and with the Middle East in deep turmoil. And it is also true that the Indo-Pacific is the source of substantial security threats to the United States, most notably in the forms of North Korean nuclear weapons development and brinkmanship, and Chinese coercion and challenges to regional order. Prior to 2009, the perception was taking root that the United States had turned its attention away from the region for good and was prepared to cede it to Chinese influence. This was, in part, the motivation for the pivot.

To strengthen U.S. influence, counter these negative trends, and reinforce positive regional cooperation in support of the liberal, rule of law international order, the Obama administration pursued the pivot, a whole of government policy that has already achieved numerous gains for the United States. Among these are:

These gains are largely if not completely irreversible and, as I have argued elsewhere, have in many cases entered into the standard bureaucratic planning and operations of many U.S. agencies as well as the baseline assumptions about the region's organization held by many of its most important actors. They do not, however, address the totality of challenges to U.S. interests, values, and allies that are present in the region.…

Scott W. Harold is the associate director of the Center for Asia Pacific Policy, and a political scientist at the nonprofit, nonpartisan RAND Corporation, as well as a member of the Pardee RAND Graduate School faculty.

This commentary originally appeared on The National Interest on October 26, 2016. Commentary gives RAND researchers a platform to convey insights based on their professional expertise and often on their peer-reviewed research and analysis.