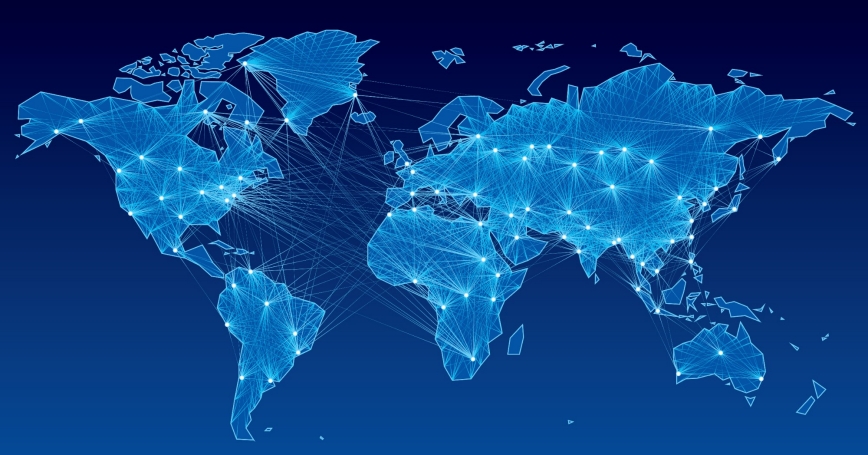 by Howard J. Shatz and David A. Shlapak

When the new president takes office next January, a world of troubles awaits. Violent extremism, irresponsible adventurism by China, an aggressive and authoritarian Russia, economic uncertainty and racial unrest at home, to name a few issues, will give no peace to the White House's new occupant, Democrat or Republican.

The new president will also inherit a global system of security and economic institutions.

There is no doubt this system has been good for the world, producing 70 years without a great power war—the longest such stretch in modern history—a standard of living in the West that is the highest ever achieved, and billions lifted out of poverty around the globe.

But less remarked upon is the fact that it has also been good for America.

This system has been good for the world, producing 70 years without a great power war.

Carefully built and tended following the destruction and horror of World War II, the system has kept America out of devastating foreign wars in Europe and Asia. It has enabled Americans to attain lifestyles that the last generation that fought a global war could never have imagined as they suffered horrific casualties at Iwo Jima or wondered if they would survive the Battle of the Bulge.

Even less remarked upon is that the global system was designed by and made in America. The United States built it and has sought to sustain and expand it, joined in partnership with a voluntary association of a large and diverse array of the richest, freest, most advanced countries in history, all of which find it in their interest to work with the United States. Because of it, the United States enjoys a remarkable position of power and possibilities.

For example, while free trade indisputably has enormous benefits, they are not always distributed equitably, and the negative effects are sometimes concentrated in communities that feel left out of the gains.

However, the sources of American economic problems lie mainly at home, and so do their solutions. More responsible tax and fiscal policies, improvements to education, training, and social support, and greater investment and innovation are among the policy directions that could help.

Two examples present the benefits, which are often not obviously apparent. When mercurial strongman Hugo Chavez led parts of Latin America into a self-destructive collectivist fantasy in the 2000s, Mexico stayed firmly within the U.S.-led international system. Despite frictions, the southern signatory to the North American Free Trade Agreement hewed to the international values and institutions led by the United States, resulting in one fewer challenge for America's leaders to struggle with.

In the security sphere, it's true that the United States by most measures pays the lion's share for NATO's defense. But without NATO and America's web of Asian security partners, it is doubtful the United States would be able to achieve any important strategic goal as cheaply as it does now.

After all, the only time the collective defense provision of the NATO treaty has ever been invoked was after 9/11, when U.S. allies responded in America's hour of need to help the United States. NATO forces fought, and died, alongside U.S. troops in Afghanistan. American forces based on the territory of NATO allies have participated in every significant military action outside the Western Hemisphere since 1990, and bases in Europe—military hospitals in Germany and air bases in Turkey, for example—have been and remain critical to supporting counterterrorism operations throughout the Middle East and Central Asia.

That others also benefit from these systems is not their weakness; it is their greatest strength.

In 1945, the world lay in ruins. Only the United States stood above the wreckage, a military, economic, and industrial titan. America built on this unique position not to cement in place imperial dominance, but to construct norms and institutions, still largely at work, that rebuilt the shattered world and that have been maintained by generations of Democratic and Republican leaders.

That others also benefit from these systems is not their weakness; it is their greatest strength. It is why for 70 years, as countries have climbed the ladder of economic and political sophistication, they have sought membership in this American world that reflects American values and for which there is no better plausible alternative offered by a U.S. competitor. Washington has not had to conquer, to occupy, to rule; the advantages offered by participating in its order have been alluring and obvious.

This is an enormous source of power and influence for the United States, and its wealth and safety rest on these foundations.

Despite the many global problems, the president who takes office next year will be among the most fortunate leaders in history. Unlike leaders in the past, the president will have dozens of willing partners and an opportunity to expand the global system in a way that will help the United States and the world for decades to come.

Howard J. Shatz, based in Washington, D.C., is a senior economist at the nonprofit, nonpartisan RAND Corporation. He is the author of “U.S. International Economic Strategy in a Turbulent World,” part of RAND's Strategic Rethink series. David A. Shlapak, based in Pittsburgh, is a senior defense researcher at RAND. He is co-author of the recent RAND report, “Reinforcing Deterrence on NATO's Eastern Flank.”

This commentary originally appeared on The Cleveland Plain Dealer on October 19, 2016. Commentary gives RAND researchers a platform to convey insights based on their professional expertise and often on their peer-reviewed research and analysis.