What Ukraine Urgently Needs to Defend Itself 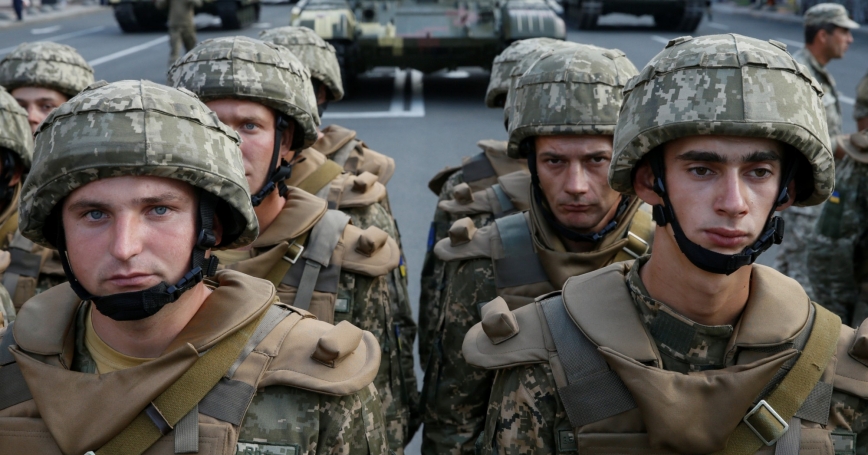 Ukrainian servicemen take part in a rehearsal for the Independence Day military parade in Kiev, August 19, 2016

After Russian aggression in Crimea and Russia's support for the separatist forces in eastern Ukraine, there are many who believe the United States should take further action to help Ukraine defend itself.

Indeed, since 2014, the United States has provided approximately $600 million in security assistance to Ukraine, among other forms of aid.

After Russian military activities in Syria, there are reports that European and U.S. officials will discuss new sanctions against Russia during meetings next week. Still, much of the public debate in the United States on Ukraine focuses on the question of whether or not to provide lethal aid. The issue of lethal aid is an important one, given the risk of Russian escalation and uncertain U.S. commitment to Ukraine's defense.

However, analysis of Ukraine's capabilities and of the challenges it faces points to the potential of U.S. support for fundamental reform of the country's security sector.

Analysis points to the potential of U.S. support for fundamental reform of Ukraine's security sector.

A recently published RAND study, done for the Office of the President of Ukraine, analyzed Ukraine's security and defense sector from the ground up and emphasized the need for and potential impact of reform in Ukraine's security institutions.

While focusing on the defense sector, the report analyzes the full range of security institutions—including intelligence, internal security and defense-technical—at all levels, from combat units up to the ministries.

Ukraine's military was simply not prepared to fight prior to the war and, while there have been improvements since 2014, there remain a range of deeply embedded problems that cannot easily be solved by foreign-provided weapons or assistance but which if corrected could significantly improve warfighting, promote the efficient use of resources and help Ukraine meet Euro-Atlantic standards of transparency and accountability.

At the top, there are ambiguities and divisions in how the executive branch manages the security and defense sector. The president's authority to “administer” the defense and security of Ukraine is not clearly differentiated from the authority of the Cabinet of Ministers to “direct and coordinate.”

Ukraine's Ministry of Defense and the General Staff of the Armed Forces of Ukraine are not integrated into a single chain of command, and both bodies are led by military officers, undermining coordination, accountability and civilian control.

The activities of the internal security, intelligence and military bodies are stovepiped—the major coordinating body, the National Security and Defense Council (NSDC), serves as a forum for discussion and has only a limited role in executing the decisions of the senior leadership.

A number of steps could help address these issues, including clarifying roles and responsibilities, not only of the senior leadership but at all levels; strengthening the NSDC; and restructuring the defense establishment to place the General Staff of the Armed Forces under the command of a civilian minister, among other changes.

Further, despite significant progress, there remain gaps in the basic systems that equip and sustain Ukraine's fighting forces that Western training and equipment cannot easily fill.

In the case of the procurement system, for example, Ukraine has a large defense industry that builds a wide range of advanced equipment. But the defense industry has largely focused on exports, in part encouraged by Ukraine's legal framework.

Single-source contracts, as part of an opaque yearly defense order, undermine competitiveness and efficiency. Ukraine has made progress with a new transparent e-procurement system, but the preexisting system for purchasing armaments continues to preclude the government from mobilizing the defense industry to efficiently provide for Ukraine's combat needs.

In the case of logistics, combat units are no longer without basic supplies, as they were at times in 2014, in large part due to the reestablishment of Soviet-era systems. But Ukraine continues to rely on a paper-based system for tracking arms and supplies, supplemented only occasionally with computers.

Without modern electronic inventory systems, the United States and other allies cannot responsibly provide modern weapon systems, and there will continue to be major problems with efficient distribution of critical items.

These are just several of a wide range of issues that contribute to the challenges facing Ukraine's entire defense establishment. At the same time, though, they also highlight the achievements of the Ukrainian military in holding off further advances from the Russian-backed separatists. But to be sustainable, major changes should be implemented by Ukrainians, not by foreign advisers.

Of course, Ukraine has a long history of pursuing reform since independence, with mixed success. The current period in Ukraine's history, after the 2014 Maidan Revolution, offers a unique opportunity since the government and significant elements of civil society are committed to undertaking reform, especially in the security and defense sector.

The United States and its allies already have supported this effort, including through encouragement by senior U.S. officials and the provision of defense advisors. But clearly reform in Ukraine will be a long-term effort, which Ukraine's partners should continue to support.

Andrew Radin is an associate political scientist at the nonprofit, nonpartisan RAND Corporation. Lynn E. Davis, undersecretary of state for arms control and international security affairs from 1993 to 1997, is currently a senior fellow at RAND.

This commentary originally appeared on Newsweek on October 16, 2016. Commentary gives RAND researchers a platform to convey insights based on their professional expertise and often on their peer-reviewed research and analysis.