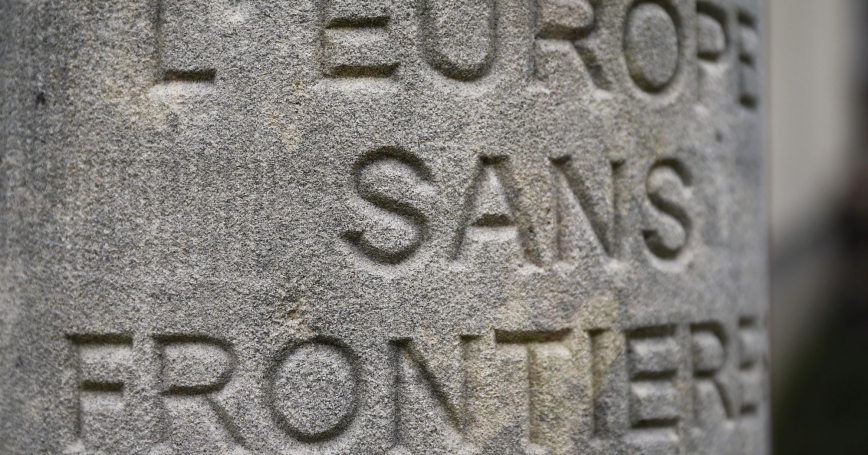 A memorial stone for the Schengen Agreement is seen in the small village of Schengen, Luxembourg January 27, 2016.

The Schengen Agreement, the removal of border checks on internal borders between 26 European countries (22 EU member states), has come under strain recently due to the escalating migrant crisis across Europe. In its most recent figures, the International Organization for Migration estimated that more than 1,011,700 migrants arrived by sea in 2015, and almost 34,900 by land. In response, several EU member states re-instated temporary internal border controls, which led to Europe-wide debates about the positive and negative aspects of the Schengen Agreement.

In providing the justification for the re-establishment of internal controls, EU member states cited the need to stem the largely uncontrolled flow of migrants across the EU. In May 2016, the Council of the EU accepted that these internal border checks would continue, although on a temporary basis.

When looking at the economic costs, our estimates took into account the potential costs of physically re-building borders among Schengen states, the direct administrative costs associated with the management of re-introduced borders and indirect costs stemming from disruptions to trade and travel. There would be yearly operating costs for all the Schengen states of between €2 billion and €3 billion, in addition to anywhere between €58.6 million and €19 billion in fixed one-off costs. This is largely dependent on the timeframe for establishing border controls and the extent to which new permanent construction would be needed. For example, a two-year border re-introduction is expected to require a fixed one-off cost in the range of €58.6 million to €108.6 million, whereas the cost of permanent suspension of the Schengen Agreement in all countries is estimated at between €7.41 billion and €19.76 billion.

Part of the social costs explored by the study looked at the association between the 2007 enlargement where new Schengen states (Czech Republic, Poland, Hungary, Slovakia, Slovenia, Estonia, Latvia and Lithuania) entered the area and the different types of crime within the Schengen area. Levels of crime, such as burglary, car theft, theft and robberies, decreased since the 2007 Schengen enlargement, with some evidence on positive associations between the abolition of internal border controls and the volume of seized drugs, such as cocaine and heroin. These gains could be reversed with the reintroduction of internal controls.

A key aspect of the political costs focused on the societal trust of citizens living in the Schengen Area. The findings suggested an upward trend in European citizens' trust in national and European institutions following the Schengen enlargement in 2007. Trust, both between countries and between citizens and their governments, is regarded by numerous observers as an important factor in making the Schengen Agreement work for countries in the area. This trend also could be threatened if internal controls are restored.

Given the potential costs associated with the suspension of border-free movement, our report examined policy options to help return the Schengen Agreement to its normal functioning. Most notable was the endorsement of the recent decision to establish the European Border and Coast Guard. Another policy recommendation focused on a potential reform of the EU asylum system, which would more effectively process asylum applications without posing a disproportionate burden on a small number of border EU member states.

Other areas for potential policy action included improvements in the EU's return policy on migrants, cooperation with migrants' countries of origin and transit countries with large migratory flows, and more effective external border checks through initiatives to support external border controls, such as systematic checks on EU nationals. These recommendations are intended as a useful guide for European policymakers, but it is not realistic to expect action in all of these areas before the EU's goal to return to a fully functioning Schengen area by the end of 2016.

The findings support a February article by RAND Europe that reflected on a number of goals required to successfully manage the migrant crisis. These included achieving a more balanced redistribution of migrants; establishing a more efficient processing of asylum applications; and establishing more effective engagement in the Mediterranean region, especially with “countries of transit”.

Coordinated action in the areas above could help remove the perceived need by some member states to maintain internal border controls. Based on our estimations, this would help to prevent some of the potential longer-term economic, political and social costs associated with a less-than-fully functioning Schengen system.

This commentary originally appeared on E!Sharp on October 13, 2016. Commentary gives RAND researchers a platform to convey insights based on their professional expertise and often on their peer-reviewed research and analysis.