Will the Breakdown in U.S.-Russia Cooperation Reach the Arctic? 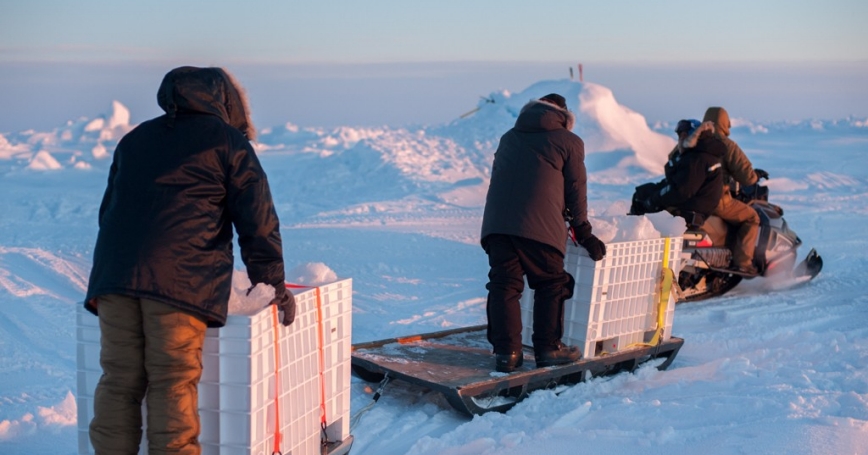 Sailors and civilians assigned to Arctic Submarine Lab haul ice to be used for potable water during an exercise, March 15, 2016

Yet the Arctic Circle Assembly that took place over the weekend managed to keep the focus squarely on ways in which cooperation between Russia and its Arctic neighbors benefits this northern region. Some participants in the annual event held up the unusually transparent dialogue as an example of how nations can work together despite having adversarial relationships on other fronts. And there has been no shortage of them — Russia's illegal annexation and continued destabilization of Ukraine, the suspension of negotiations between the United States and Russia over a cease-fire in Syria, and Russia's recent announcement that it would withdraw from a landmark arms control agreement regarding the disposal of plutonium.

Over the last several decades, the United States and Russia (often in partnership with their Arctic neighbors) have often found common ground on Arctic affairs, at least in such areas as search and rescue and environmental integrity that require generally consensual agreement. Defense has not been included in Arctic cooperation so far, although search and rescue do involve certain parts of the military, and the Arctic Security Forces Roundtable briefly brought together defense organizations from all Arctic nations until the Russian invasion of Crimea in 2014.

Russia's aggressive stance in Ukraine and the Baltic Region has raised concerns over Arctic security in the last few years.

However, Russia's aggressive stance in Ukraine and the Baltic Region has raised concerns over Arctic security in the last few years. Seasonal sea ice melting could help unlock untapped energy reserves and establish strategic and economically valuable waterways near the top of the globe. Russia certainly views the region as significant, and has taken measures to bump up its Arctic military presence and control access to areas previously reliably enclosed by thick sea ice.

Could a warmer future make the Arctic more susceptible to spillover from diplomatic breakdowns like those stemming from events in Ukraine and Syria?

Thankfully, the risks appear limited. The region's environment will remain relatively harsh, with waters only seasonally accessible for most vessels. Countries operating in the Arctic will still need to rely on one another for safety. Russia's Arctic neighbors are not former Soviet states, nor do they suffer from internal instability — two characteristics that make them fundamentally different from a country like Ukraine.

Arctic economic prospects will continue to draw attention, but a so-called ”resources war” is unlikely as most resources lie within largely uncontested national boundaries and those that don't have limited practical value because of difficulty accessing and transporting them to global markets. Even if tensions rise in this northern region, the difficulty and expense of operating there will serve as a deterrent to conflict.

Take, for example, Russia's attempts to control ship traffic through the Northern Sea Route along its northern shore. With only seasonal accessibility and lacking in infrastructure, this route cannot rival those farther south, either for strategic or economic purposes. Other nations lack the incentive or icebreaking capability to challenge Russia on this point, and a conflict in the icy, vast north would be a costly and risky way to assert discontent merely on principle.

More concerning for Arctic stability may be Russia's reaction to any perceived increase in NATO presence in the region. Five Arctic countries (United States, Canada, Denmark by way of Greenland, Iceland and Norway) are alliance members, and Sweden and Finland have increased their cooperation with NATO since the Ukraine crisis began. In addition, seasonal melting of protective ice along Russia's northern approach is leaving a long coastline more exposed. This combination of geostrategic and environmental factors could fuel fear in Moscow of encirclement from the north. 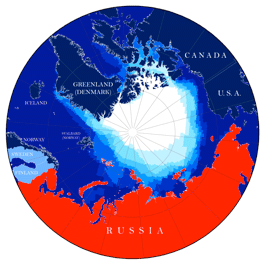 While NATO's occasional presence in the region is not new — it has long conducted exercises in Arctic-type environments, such as Cold Response in late winter 2016 — Russia has reacted strongly to the suggestion that Sweden and Finland may eventually join the alliance, warning both neutral nations that joining NATO would have catastrophic consequences.

Yet the official neutrality of Sweden and Finland may be holding Russian angst in check, even if their neutrality remains subject to much debate in these countries. It is also unclear whether NATO intends to increase its involvement in the region. The Arctic was not mentioned explicitly in the alliance's July Warsaw Summit declaration and, in the absence of a clear and immediate threat, does not appear to be one of its priorities.

Without conspicuous trigger points, the Arctic has the potential to remain resistant, if not immune, to tensions building elsewhere in the Northern Hemisphere.

Russia still has incentives to cooperate with the United States and others in the far north, or is at least deterred by the cost of conflict in this region where its stakes are not truly being contested. For the United States, having some common ground for dialogue with Russia is valuable for confidence building, even if that ground is — literally speaking — mostly ice.

Abbie Tingstad is a physical scientist at the nonprofit, nonpartisan RAND Corporation and a professor at the Pardee RAND Graduate School. Stephanie Pezard is a political scientist at RAND. Scott Stephenson is an assistant professor of geography at the University of Connecticut.

This commentary originally appeared on Inside Sources on October 12, 2016. Commentary gives RAND researchers a platform to convey insights based on their professional expertise and often on their peer-reviewed research and analysis.