Can Trump Really Do Deals with Vladimir Putin? 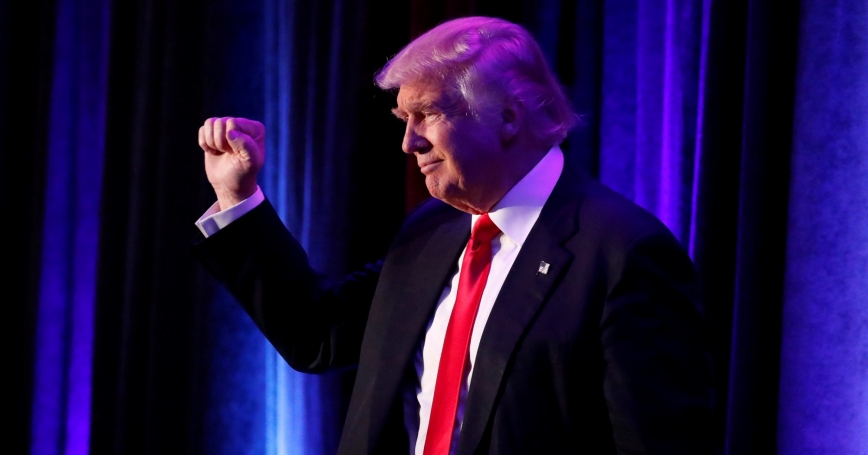 Russian President Vladimir Putin has said that in his November 14 telephone call with President-elect Donald Trump, the two agreed to work for “constructive cooperation.” More likely, Putin is eager to engage but not ready to deal.

Although Russia is a great power, he may have an inflated sense of its importance and expect one-sided U.S. concessions. If so, diplomacy could run into headwinds early in the Trump administration.

One obstacle in dealing with the Kremlin is that its positions are sometimes not pragmatic. Despite Russia's aggression in Ukraine, Putin claimed last week that “it's not our fault” U.S. relations were poor.

In suspending implementation of a U.S. plutonium disposition accord in October, Putin set out unrealistic preconditions for its resumption. One was reduction of U.S. military presence in a number of countries on NATO's eastern flank, in effect requiring a reversal of the main decision at the alliance's summit last July in Warsaw.

A second demand was that America jettison all sanctions imposed in response to Russia's actions in Ukraine and, incredibly, provide “compensation for the damage they have caused.”

Beyond this problem, what kind of Russia can Trump expect to face?

First, Russia is a declining economic power. This erodes its leverage with the West, a vital source of capital and technology. Since 2012, Russia's economic growth has slowed, partly due to wasteful state control of business, which soared from 35 percent of gross domestic product in 2005 to 70 percent in 2015. Combined with lower oil prices and Ukraine-related sanctions, the result is prolonged economic stagnation.

Trump will contend with a Kremlin that seems nervous about its domestic support.

One sign of apparent unease was a surprise shift last spring of 400,000 internal troops to Putin's direct control. Another is the expanding clampdown on independent media and civil society. The arrest on November 15 of Economic Development Minister Alexei Ulyukayev, allegedly on bribery grounds, hints at intensified Kremlin infighting.

Trump will face a Russia whose foreign policy has led to isolation and criticism. Although the intervention in Syria has bolstered the regime of Bashar al-Assad and held the line on the battlefield, political costs to Russia are high.

On October 10, following attacks on hospitals and other civilian targets in eastern Aleppo, French President François Hollande said Russia might face “war crimes” prosecution for its actions. Undermining ceasefires negotiated by its own diplomats, Russia's forces have joined Assad's to batter the city. An intensified onslaught may now be underway.

U.S. interests in Syria, and potential flashpoints with Russia, may diminish as the Islamic State group (ISIS) loses territory, even though the Al-Qaeda-linked Nusra Front, which now calls itself Jabhat Fateh al-Sham, is expanding. Russia too may lose some interest if the civil war persists and prospects for long-term military basing remain uncertain.

Ukraine may pose Trump's toughest test. Recently, Putin said Russia had “no intention of attacking anyone,” but Russian proxies and forces continue to fuel a simmering conflict in eastern Ukraine.

In a summit of the Minsk peace process last month with Putin, Hollande and Ukrainian President Petro Poroshenko, German Chancellor Angela Merkel lamented that “no miracles” had emerged. Western support for economic, or sectoral, sanctions on Russian entities remains strong, as does the West's commitment to end them if Moscow pulls out of eastern Ukraine.

Trump must deal with a festering Russian violation of the 1987 treaty that bans intermediate-range nuclear missile forces. Diplomacy to resolve the problem has come up short, and presidential-level attention is required.

Some congressional leaders are charging Russia with a “material breach.” Moscow also opposes U.S. missile defense deployments in NATO's eastern flank even though they do not threaten Russian forces and are meant to hedge against potential Iranian threats.

Russia's cyberespionage and political influence operations have led to bipartisan anger in Washington. The Kremlin may think they helped tip the balance last June in the Brexit vote, and in the Trump victory.

Finally, Trump will take office as both Russia and America are modernizing their strategic forces. Previous leaders have negotiated arms control treaties to lessen nuclear threats. Unless Russia ends its Intermediate-Range Nuclear Forces Treaty violation, a new treaty would not likely pass muster in the U.S. Senate.

More than any other issue, the coercion of sovereign neighbors has blighted Russia's ties with the West.

In April 2005, Putin lamented that the “collapse of the Soviet Union was a major geopolitical disaster.” Future historians may conclude that irredentist wars on Ukraine and Georgia were a bigger calamity for Moscow. They have alienated peoples with longstanding ties to Russia, and caused both countries to gravitate closer to Europe and the West.

More than any other issue, the coercion of sovereign neighbors has blighted Russia's ties with the West.

Relations with Russia involve opportunities as well as challenges. Two-way investment and trade, and cooperation on the International Space Station, help stabilize relations. The end of economic sanctions would bring more benefit.

Last month, Putin said great powers pursued their interests in a “multilateral format.” He is right. The great powers sanctioned Iran and negotiated a pact to delay its ability to build an atomic weapon.

If Russia were to build on this momentum and act more as a cooperative great power—not a spoiler—relations with America in the Trump presidency could improve.

Colin P. Clarke is a political scientist at the nonprofit, nonpartisan RAND Corporation. William Courtney is an adjunct senior fellow at RAND and was U.S. ambassador to Kazakhstan, Georgia, and a U.S.-Soviet nuclear testing commission.

This commentary originally appeared on Newsweek on November 20, 2016. Commentary gives RAND researchers a platform to convey insights based on their professional expertise and often on their peer-reviewed research and analysis.