How Will Jihadist Strategy Evolve As the Islamic State Declines? 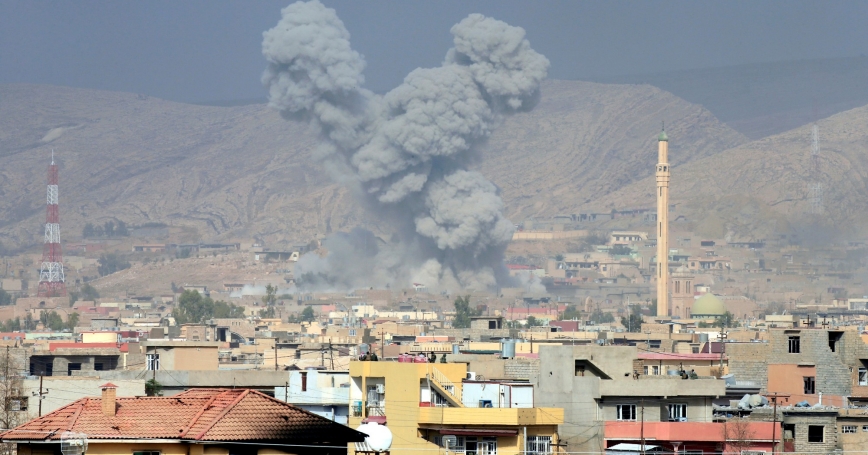 Smoke rises during clashes in the town of Bashiqa, east of Mosul, during an operation to attack Islamic State militants in Mosul, Iraq, November 8, 2016

Jihadist strategy has always been dynamic and opportunistic. Militant groups, which are typically outgunned and outspent by their state opponents, have long sought to exploit both adversaries' errors and also changes in the operating environment. Seismic strategic shifts by these groups have been common, not because they lack strategy, but rather because — like start-up firms in the economic sphere — their strategy relies on acting decisively in response to new opportunities. We are about to witness a major, and in many ways distinctive, shift in jihadist strategy spurred by the ongoing battlefield losses experienced by the Islamic State in Iraq and the Levant (ISIL). (Donald Trump's election as the next U.S. president is likely to have further strategic impacts, but it is too early to analyze them comprehensively.)

The main challenge that confronts ISIL is sustaining itself as an organization even as its “state” becomes non-viable, and as its claims to being a universal caliphate appear increasingly outlandish. As Mosul comes under assault at the same time that U.S.-backed forces have launched an offensive to retake Raqqa, one obvious path for ISIL is leveraging its spectacularly successful terrorist attacks throughout the globe to try to sustain itself as a preeminent jihadist brand. But ISIL faces a dilemma: The group's state made it so potent at planning and executing major terrorist attacks, and as its state declines, so too will its terrorist capabilities....

Colin P. Clarke is a political scientist at the RAND Corporation, where his research focuses on terrorism, insurgency and the future of political violence. Daveed Gartenstein-Ross is a senior fellow at the Foundation for Defense of Democracies and the chief executive officer of Valens Global.

This commentary originally appeared on War on the Rocks on November 10, 2016. Commentary gives RAND researchers a platform to convey insights based on their professional expertise and often on their peer-reviewed research and analysis.