The Neighborhood Park: An Underused Oasis 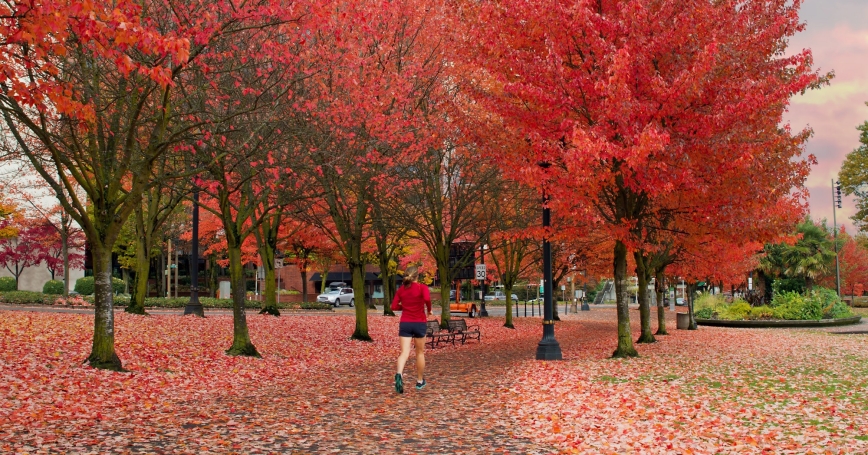 by Deborah A. Cohen and Catherine J. Nagel

In theory, a neighborhood park serves everyone, but the mere presence of a park does not guarantee people will use it. There's a gender gap and an age gap when it comes to park use, according to a national survey conducted of more than 170 neighborhood parks in 25 U.S. cities, stretching from coast to coast.

The RAND Corporation study released in May analyzed how parks are designed, managed, and used, providing a rare snapshot of these public spaces. The primary goal was to learn how these spaces might encourage people to routinely engage in physical activity—a health behavior that extends life and prevents chronic diseases.

The study determined that park usage is highly dependent upon certain factors: the number of people who live within a mile of a park (leading to greater usage); its size (the larger the park, the more people using it); and the breadth of programming (offering more facilities and supervised programs yielding more users).

Most neighborhood parks are underutilized, especially in the mornings and on weekdays. While the average neighborhood park is less than 9 acres in size, only about 20 people on average are using the park. That works out to about two persons per acre.

Get It in Gear, Girls

Girls are less likely than boys to spend time in parks; only 40 percent of children and 35 percent of teenagers observed in neighborhood parks were girls. Few girls were seen participating in team sports or playing in pick-up games, like basketball. And they were almost completely missing in action from skate parks.

Still, neighborhood parks are typically designed more for children than for seniors. For instance, nearly 90 percent of parks contain play structures, but few have “fitness zones,” outdoor exercise equipment designed for adults. And seating areas are generally insufficient, considering that many older adults get their exercise just by walking to a park—but once there, they need a place to rest.

While a disproportionate number of children, mainly boys, take advantage of parks, adults still comprise 49 percent of visitors. Seniors account for only 4 percent of park users, even though they make up nearly 20 percent of the general population.

When walking loops are present in parks, twice as many seniors participate, in contrast to parks that lack loops. In general, walking loops encourage more people to engage in health-promoting, moderate-to-vigorous physical activity. Yet less than one-third of neighborhood parks across the United States have pathways for walking.

When parks market their programs with banners and posters, more people visit. Regardless of what a park might offer, people can't plan on taking a class or using facilities if they don't know about the programs.

With a modest amount of redesign, investment, and marketing, more neighborhood parks can lead more people to engage in routine physical activity. A nearby park equipped with the right facilities and programming likely will get people off the couch and out of the house, giving urban residents a better chance to enjoy healthier lives.

Deborah A. Cohen is a senior natural scientist at the nonprofit, nonpartisan RAND Corporation. Catherine J. Nagel is executive director of City Parks Alliance, a nonprofit that supports the creation, revitalization and sustainability of parks and green spaces.

This commentary originally appeared on Parks & Rec Business on November 9, 2016. Commentary gives RAND researchers a platform to convey insights based on their professional expertise and often on their peer-reviewed research and analysis.