The Road Ahead: Rebuilding the Country's Infrastructure in the Trump Administration Era 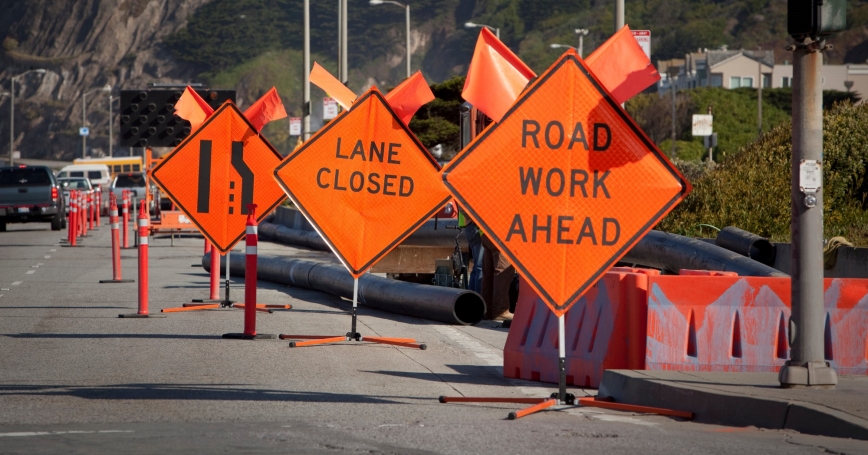 In his acceptance speech, one of the first concrete proposals President-Elect Trump mentioned was rebuilding the country's infrastructure. Much of the transportation infrastructure is in poor condition—the American Society of Civil Engineers' most recent report card gave the country a D for roads and transit, and a C+ for rail and bridges. In comparison, shiny new transit systems and airports abound in many European and Asian cities.

Building transportation infrastructure isn't usually politically controversial. Both Republicans and Democrats generally support it. What's not to like? It puts people to work in both white- and blue-collar jobs, lays the foundation for other economic development (getting goods to market, people to jobs, and businesses to suppliers), and reduces the potential for calamities like bridge collapses and everyday problems like airport congestion.

If elected officials generally agree on the need for rebuilding infrastructure, why is the United States so far behind? Three reasons:

Projects cost money. In the decade from 2002 to 2012, the amount of money spent to maintain and expand the U.S. transportation system declined by $30 billion in inflation-adjusted dollars. About one-quarter of that comes from the federal budget, but the federal government, states, and cities are all spending less. The federal funds are largely culled from the gas tax, which—with the exception of a brief, nearly two-year period in the late 1990s—has remained at 18.4 cents per gallon since it was raised by President Clinton in 1993. In the meantime, inflation rises and the amount of gas U.S. consumers buy goes down, meaning less money for projects.

Projects take time. The political and approval process, including environmental review, is lengthy and cumbersome, and can involve multiple levels of government. Interest groups of all types can stall projects. Some reasons are legitimate, such as trying to prevent polluting facilities being built in poor neighborhoods, where they have long been clustered. Some are less so, such as when officials at different levels of government require what end up being largely redundant studies. Taken together, these processes make it considerably harder to build projects, especially when the timelines often extend far beyond the terms of elected officials and senior staff involved in getting them done.

A project's effect on its surroundings is hard to accurately predict. Actual use—say, the amount of traffic on a road or the number of passengers at an airport—often does not come close to matching projections. Economic impacts are difficult to measure. It's also hard to know when and where to build when the coasts are flooding more regularly.

If the country's new leadership really wants to focus on building infrastructure, policies could be developed in all three areas. The federal gas tax could be raised and states could experiment with new ways to fund roads, including mileage fees, in which drivers pay based on the actual number of miles driven. Mileage-fee trials are already underway in several states.

More agreements could be allowed between local and federal officials. For instance, after voters in Los Angeles passed a local sales-tax increase in 2008 the federal government allowed the revenue to be used to repay a federal loan to jump-start construction. Some environmental review processes could be streamlined with an eye toward keeping those that protect communities.

Cutting-edge techniques like those RAND has developed, such as robust decision making, could be used to provide clearer guidance on potential future outcomes. Robust decision making helps elected officials and their staffs better understand how different types of investments might play out, regardless of changes in economic or climate conditions.

Two other principles should guide U.S. investments in infrastructure. First, this question needs to be considered: Who will be using the infrastructure? If the country truly wants to build up the inner cities, as President-Elect Trump suggests, roads along with public transit should be built up to accommodate those who don't drive. Emerging forms of transportation, such as car-sharing and ride-sourcing, should be encouraged while being mindful that people's choices are often limited by the costs of both housing and transportation.

Second, the underlying goals of building infrastructure should be discussed as policymakers encourage more creativity. If the goal is to move people efficiently between cities, what about linking more airports with higher-speed rail so airports don't need to be expanded? If the goal is to move freight without worsening air quality, what about low-speed, low-emissions delivery vehicles that circulate within cities?

Finally, no one should expect infrastructure miracles. A 2011 RAND study found that infrastructure can positively affect economic outcomes, and highways specifically can improve output and productivity. However, these results tend to diminish as more infrastructure is built. In addition, at the local level, highway investments tend to move economic activity around, but do not necessarily benefit the entire country or create new economic growth. In other words, having a completed network has great economic value, but individual pieces, especially after the network is completed, may have little value.

Laying the groundwork for people and goods to move efficiently and at reasonable costs is a good investment, one on which policymakers should be able to agree.

Liisa Ecola is a senior project associate and transportation researcher at the nonprofit, nonpartisan RAND Corporation.