Hidden Dangers of Moving the U.S. Embassy to Jerusalem 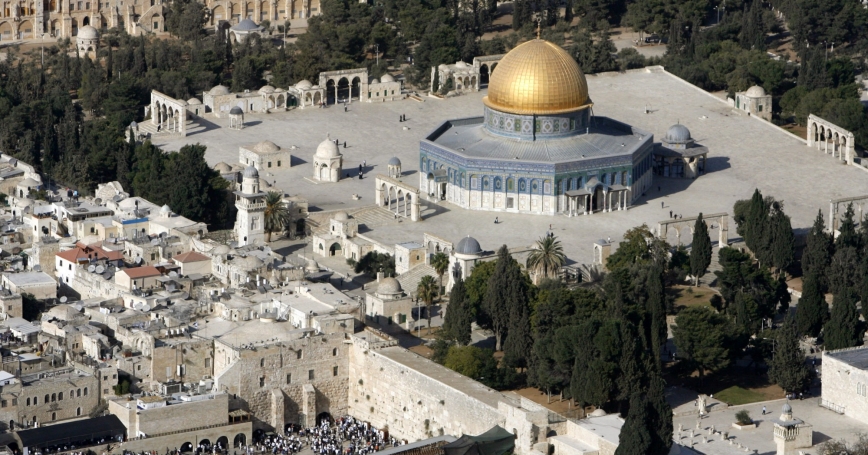 The Dome of the Rock on the compound known to Muslims as the Noble Sanctuary and to Jews as Temple Mount, and the Western Wall in Jerusalem's Old City, October 10, 2006

For decades, presidential candidates have promised to move the American Embassy in Israel from Tel Aviv to Jerusalem, acknowledging the importance many Israelis place on the city as the heart of the country.

Each time, when in office, the president changed course, recognizing that such a move would undermine U.S. ability to promote the Arab-Israeli peace process and risk unrest in the occupied Palestinian territories.

Today, however, when there is no peace process to speak of, why not move? Just as in the past, a move today could light a fire underneath the volatile situation Israelis and Palestinians face.

But as importantly, such a move would not likely be limited to the Israeli-Palestinian arena—it could further destabilize the broader region and directly undermine U.S. national security interests.

Republican and Democratic administrations have decided against moving the embassy to Jerusalem because control of the city is considered a “final status” issue in a two-state negotiation.

Palestinians consider Jerusalem, or Al Quds, as their own capital of the Palestinian state, creating competing claims on the holy city. Proposed solutions to Jerusalem are numerous, but some sort of division between West (where most Jews live) and East (where most Palestinians live) is thought to be essential to any two-state outcome, with perhaps a special status accorded to the holy sites.

Now that a two-state solution seems nowhere on the horizon, any moves that would legitimize Israel's claim over the entire city would be considered by most states of the region and beyond as a provocative act of the United States siding with Israel.

But there are greater concerns today beyond undermining the U.S. role in a broken peace process that few have hope of reviving anytime soon. And those touch on core national security interests of both the United States and its key regional allies, including Israel.

Moving the U.S. Embassy to Jerusalem would be a boon for the multiple jihadi groups across the region.

Such a move would be a boon for the multiple jihadi groups across the region. Despite the Palestinian issue nearly dropping off the map in the Arab world, the emotional draw of Al Quds continues to resonate across the Muslim world, just as Jerusalem does for Christians and Jews. Extremists in the region capitalize on this, including Al Quds in jihadi narratives seeking to oust Western influence and Western-backed rulers from the region.

With the United States currently engaged in a difficult military battle alongside regional anti-ISIS coalition partners to retake Mosul and eventually Raqqa from ISIS, not to mention the concern over terrorism in Europe and North America, the timing of an embassy move couldn't be worse.

And then there's the consideration of the political sensitivities of key U.S. allies in the region, particularly Jordan. Jordan has a special tie to Jerusalem based on the Hashemite family's historic role as guardian of the Islamic holy sites and has publicly opposed any change of status of the city outside a negotiated settlement.

An embassy move might well inflame Jordan's population, creating even more pressures on the Jordanian government, which already is battling ISIS and other jihadists forces and bearing a tremendous burden from the Syrian refugee crisis. Jordan's stability is a core U.S. and Israeli national security interest.

At a time when Middle East states are crumbling, does it make sense to risk the stability of a key partner in fighting regional extremism? Would a Jordanian government be able to maintain the same level of diplomatic relations with Washington or continue to host U.S. counter-terrorist forces and training programs after such a provocative move?

Such a move would almost certainly antagonize many other partners in the Islamic world who are key to fighting ISIS and other extremists. Any potential cooperation that might have developed between Israel and Arab states because of common concern about Iran could suffer in the aftermath of such action.

Arab populations continue to oppose normalization with Israel, making even low-level cooperation with Israel politically risky today. Resurfacing the Palestinian issue as a high-priority concern across the Arab world would create even greater challenges.

Iran would almost certainly benefit from such a move by undermining common cause in the region against its influence.

Apart from ISIS, then, Iran would almost certainly benefit from such a move by undermining common cause in the region against its influence and capitalizing on the move as supporting its longstanding narrative as the only true resistance against the United States and Israel.

Hezbollah could, at some point, use the opportunity of an inflamed Arab world to turn its sights once again on Israel, and this time from southern Syria where it is now well positioned.

There is more at stake in today's volatile regional environment than simply U.S. credibility in the dormant Arab-Israeli peace process. Moving the U.S. Embassy to Jerusalem risks fueling the flames of an already explosive region in ways that could irreversibly harm U.S. national interests.

This commentary originally appeared on Newsweek on December 28, 2016. Commentary gives RAND researchers a platform to convey insights based on their professional expertise and often on their peer-reviewed research and analysis.