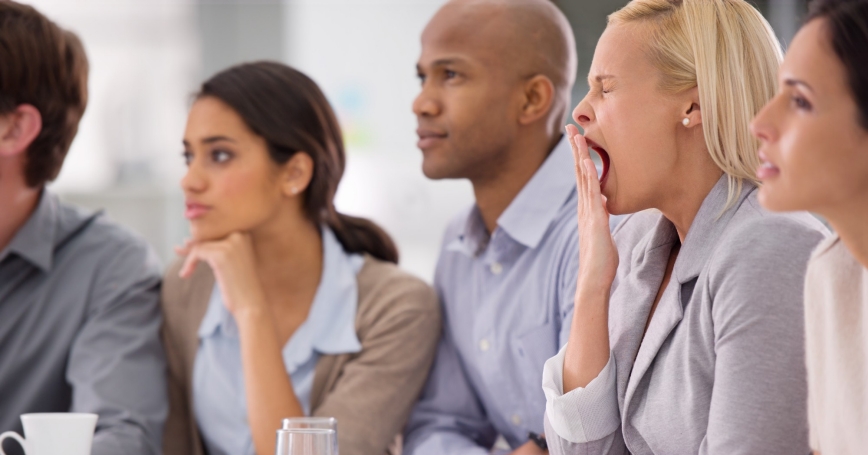 For years it has been known that insufficient sleep impacts individuals' health and wellbeing. The U.S. Centers for Disease Control and Prevention has declared insufficient sleep a “public health problem,” with more than one-third of American adults not getting enough sleep on a regular basis.

Despite these well-known concerns, getting enough sleep is not a priority for many people. At the same time, companies are unlikely to make the sleep welfare of their employees a top business priority, perhaps because there have been limited efforts to quantify the impact of insufficient sleep on the bottom line.

However, our report Why Sleep Matters—The Economic Costs of Insufficient Sleep shows that a lack of sleep can have expensive national and even global economic consequences. On a smaller scale, this translates into negative impacts on the bottom line of businesses. Insufficient sleep is linked to lower productivity at work, which results in working days being lost each year. Someone who sleeps less than six hours a night loses six more working days a year compared to someone who sleeps between seven and nine hours a night, which is often described as the “healthy sleep range.”

Fortunately, even taking relatively small steps to address the problem of sleep deprivation can make a big difference. For example, if Americans who sleep less than six hours a night increase their nightly sleep to between six and seven hours a night, this could on average add up to $226.4 billion to the U.S. economy. Clearly, these changes in sleep duration require the commitment of employees, as sleep discipline is very individual. However, employers can also play a significant role in supporting sleep health.

This could be as simple as discouraging the excessive use of electronic devices outside of working hours—a sleep-interfering behavior that is often modeled by supervisors and CEOs.

Employers could also incorporate sleep health into health and wellbeing initiatives at work. The use of wearable devices that monitor sleep and physical activity levels are useful tools to facilitate behavior monitoring and could be used to incentivize improvements in sleep health.

Allowing employees to work from home could also help. Our study showed a link between long commutes and lower sleep duration. Heavy commuters traveling more than an hour each way for work sleep on average 17 minutes less per day than those with short commutes of up to 15 minutes each way. And working from home may be particularly beneficial for sleep-deprived new moms and dads, whose sleep is severely sacrificed due to the competing demands of work and family life.

Looking beyond these simple measures, there are more adventurous initiatives that could be put in place by businesses. These might include nap rooms for staff. Studies have shown that a nap in the morning can boost creative thinking and afternoon naps can help people feel better physically. Google, Zappos, Huffington Post and Ben & Jerry's have all built nap rooms in their offices.

Our study has put a financial figure on insufficient sleep and shown its impact on the bottom line. This is why it is important that businesses, from small and medium sized enterprises to big multinationals, take the lead in addressing sleep deprivation among their workers.

There is an opportunity here for businesses to help improve the health and wellbeing of staff, improve their bottom lines and contribute to a growing economy. Surely a win-win all round.

Marco Hafner is a research leader and senior economist at RAND Europe. He was the lead author for the study Why Sleep Matters—The Economic Costs of Insufficient Sleep. Wendy M. Troxel is a senior behavioral and social scientist at the nonprofit, nonpartisan RAND Corporation.

This commentary originally appeared on Thrive Global on December 20, 2016. Commentary gives RAND researchers a platform to convey insights based on their professional expertise and often on their peer-reviewed research and analysis.